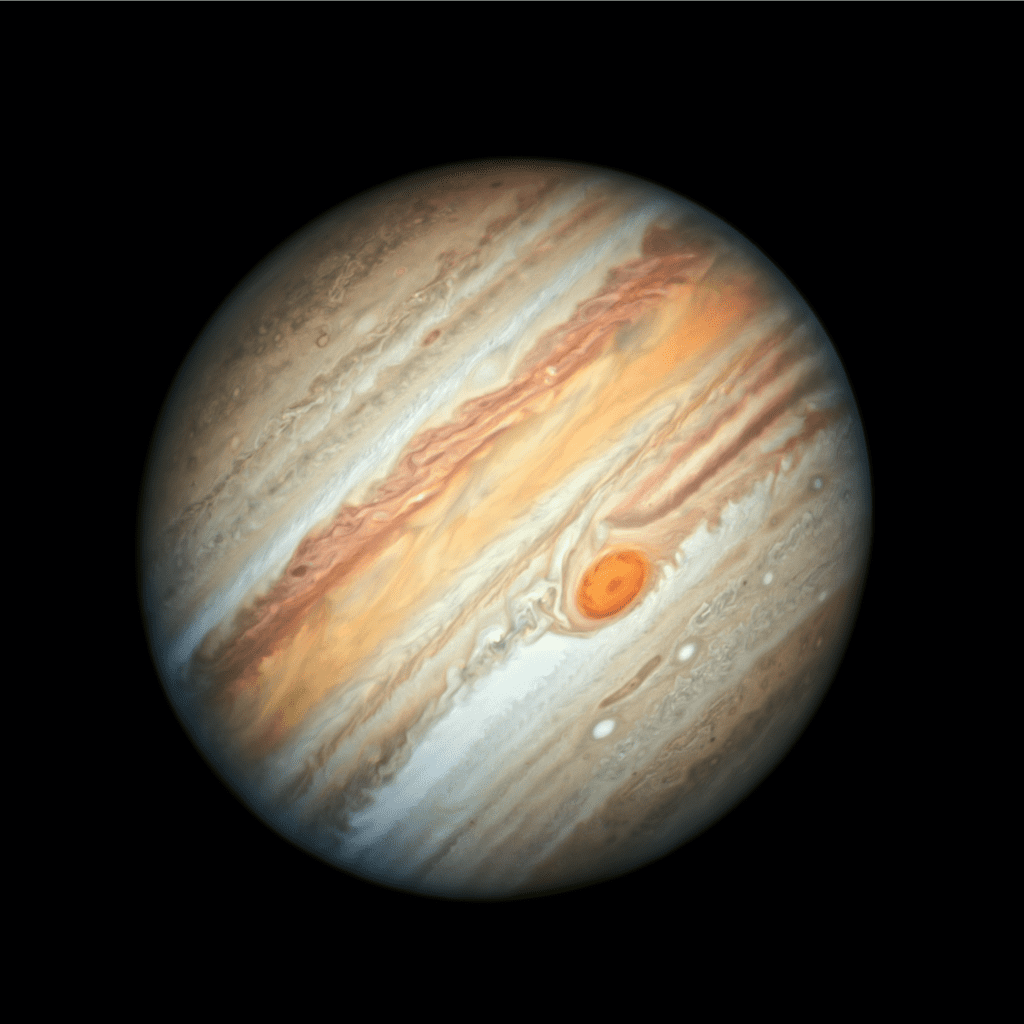 The image was taken on June 27, 2019 and centers on the planet’s titanic Great Red Spot. It records Jupiter’s color palette, swirling clouds, and turbulent atmosphere in much higher quality than previously-available images. These elements provide an important glimpse into the processes unfurling in the gas giant’s atmosphere.

The image was taken in visible light as part of the Outer Planets Atmospheres Legacy program (OPAL). It was snapped with Hubble’s Wide Field Camera 3 when Jupiter was 400 million miles from Earth — near “opposition,” or almost directly opposite the Sun in the sky.

OPAL generates global views of the outer planets each year using the Hubble Telescope, which are meant to provide researchers with the data they need to track changes in their storm, wind, and cloud dynamics.

One of Jupiter’s most striking features is the Great Red Spot, around which the current image focuses. The Spot is a churning storm, rolling counterclockwise between two bands of clouds (above and below the Great Red Spot) which are moving in opposite directions. The red band to the northeast of the Great Red Spot contains clouds moving westward and around the north of the giant tempest. The white clouds to its southwest are moving eastward to the south of the spot. The swirling filaments seen around its outer edge are high-altitude clouds that are being pulled in and around the storm.

Jupiter’s bands are created by differences in the thickness and height of the ammonia ice clouds that blanket its surface, both properties dictated by local variations in atmospheric pressure. The more colorful bands and are generally ‘deeper’ clouds. Lighter bands rise higher and are thicker, generally, than the darker ones.

Winds between bands can reach speeds of up to 400 miles (644 kilometers) per hour. All of the bands seen in this image are corralled to the north and to the south by powerful, constant jet streams — these remain stable even as the bands change color on the other side of the planet.  The band of deep red and bright white that border the Giant Red Spot also become much fainter on the other side of Jupiter.

You can learn more about how these colors form here.