The newly discovered fossils of an ancient reptile-like creature help explain how turtles evolved their most recognizable feature: the shell.  The newly named species, Pappochelys, Greek for “grandfather turtle”, lived some 240 million years ago and fills an evolutionary sweet spot sitting between earlier turtle ancestors and more recently established species.

A shell is born 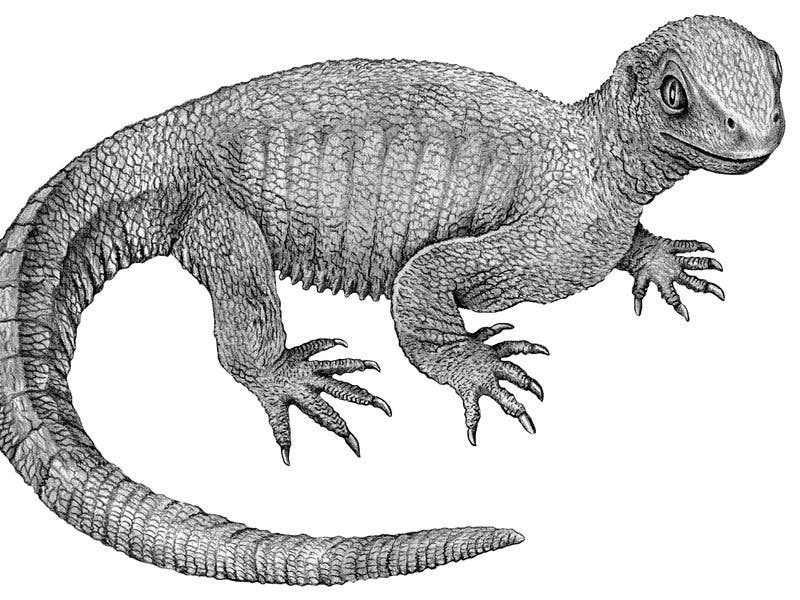 Both a lizard and primitive turtle, the Pappochelys fills a evolutionary sweet spot in turtle evolution. Image: Rainer Schoch/Nature

The researchers from the  Natural History Museum in Stuttgart, Germany, in collaboration with the Smithsonian’s National Museum of Natural History in Washington, D.C. systematically analyzed 18 fossil specimens, in addition to a complete skull. Piecing together the complementary remains, the team painted a complete picture of the ancient creature: it was eight inches long or roughly the size of a modern-day box turtle, and while it didn’t had a shell it definitely featured a precursor. Its ribs were broad and sturdy, but at the same time extended in line with the spine making the body hold more volume and improving buoyancy. If it didn’t have a shell, what makes it a turtle ancestors then? Well, the primary hint is a line of shell-like bones covering its belly – the kind turtles today bear.

“It has the real beginnings of the belly shell developing,” says Hans-Dieter Sues, a curator at the Smithsonian’s National Museum of Natural History in Washington, D.C., “little rib-like structures beginning to fuse together into larger plates.”

“This is not a kind of rib that you find in anything else, so this was the first giveaway,” he says. “We were certain that we had found a very important new thing, and we went out and had a couple of celebratory beers, in good German fashion.”

Of course, there are many animals, ancient or modern, that evolved bony plates of various kinds, but  them to be “completely enclosed — basically, in its own little bony house — is something that’s unique to turtles,” according to Sues.

Later on, the earliest evidence we know of a turtle with a completely evolved shell is 214 million years old. Previously, a  260-million-year-old fossil from South Africa suggests an even earlier turtle ancestor. In this context,  Pappochelys fits nicely between the two, completing the lineage, as reported in the journal Nature.

“Suddenly,” Sues says, “we got sort of a picture that yes, a turtle shell may have actually developed from something like that.”

Additionally, the findings help settle an age-old debate: are turtle more related to dinosaurs or reptiles? Pappochelys has two openings in the skull behind the eye sockets, which is a reptile feature. Specifically, this is a feature found in reptiles like  lizards and snakes. So, turtles aren’t related neither to dinosaurs or another different group of primitive reptiles that are now extinct, as also previously hypothesized.

“At the time during which turtles evolved, all continents formed a single giant landmass known as Pangaea,” Sues says for Smithsonian. “Thus, there were few—if any—major obstacles to the dispersal of animals, so [fossils of] very closely related species can be found in South Africa and China, among other places.”

One thought on “How the turtle got its shell: missing link ancestor shows how”