During the final stage of World War II, the United States detonated two nuclear weapons over the Japanese cities of Hiroshima and Nagasaki on August 6 and 9, 1945, respectively. The A-bomb nicknamed “Little Boy” that blew over Hiroshima instantly killed 45,000 people and would go on to claim the lives of thousands more as a result of nuclear fallout. In a novel research, scientists have now used measured how much radiation was absorbed by the bones of one of the casualties, who was less than a mile away from where the bomb was set off. 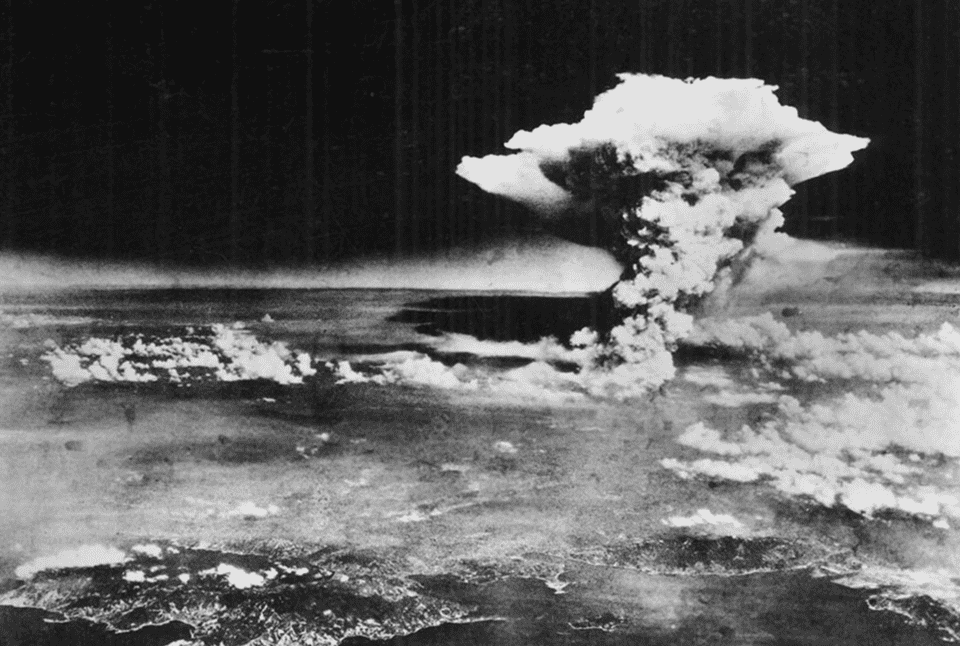 A mushroom cloud billows into the sky about an hour after an atomic bomb was dropped on Hiroshima, Japan. US Army via Hiroshima Peace Memorial Museum.

Most of the research that studied the effects of A-bomb radiation on the human body focused on how nuclear fallout exposure affects the health of victims. We know, for instance, that approximately 1,900 people, or about 0.5% of the post-bombing population, are believed to have died from cancers attributable to Little Boy’s radiation release. The new study performed by Brazilian researchers at the University of São Paulo is different: it’s the first to measure direct blast radiation exposure, effectively using a victim’s jawbone as a dosimeter — a device used to measure an absorbed dose of ionizing radiation.

Little Boy held about 140 pounds of uranium, which underwent nuclear fission when it exploded as planned nearly 2,000 feet above the Japanese city. The blast released 16 kilotons of explosive force, causing unspeakable damage in the area. According to one estimate, at least 50,000 people were killed and an equal number were injured that day. Nearly 70% of the city’s buildings were destroyed, leaving many homeless.

One of the unfortunate victims was less than a mile away from the bomb’s hypocenter. Using a technique called electron spin resonance (ESR), the researchers estimate that the jawbone’s radiation dose was about 9.46 grays (Gy) — the measurement unit of absorbed radiation dose of ionizing radiation, e.g. X-rays. The gray is defined as the absorption of one joule of ionizing radiation by one kilogram (1 J/kg) of matter, e.g. human tissue.

For cancer patients, doctors often target tumors with a collimated beam, a radiotherapy which can involve up to 70 Gy’s in some cases. However, a person whose whole body is exposed to 3-5 Gy’s can expect to die within a couple weeks. The jawbone’s radiation dose measured a staggering 9.46 grays (Gy).

The innovative method used by the Brazilian researchers was first demonstrated in the 1970s by Sérgio Mascarenhas, who was at the time teaching at the University of São Paulo’s São Carlos Physics Institute (IFSC-USP). The physicist wrote a widely-acclaimed paper that concluded that X-ray and gamma-ray irradiation makes human bones slightly magnetic, a phenomenon called paramagnetism. Bones contain a mineral called hydroxyapatite which, when irradiated, produces CO2 whose levels can be traced inside the mineral. The resulting free radicals can then be used to gauge the radiation dose in bone. 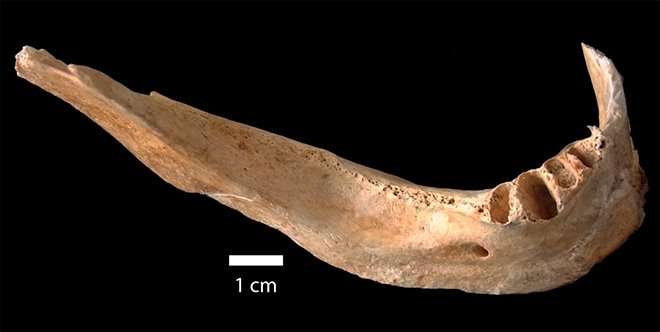 Initially, Mascarenhas’ technique was intended to be a new tool for dating bones from archeological sites in his country based on how much radiation they’d received from elements like thorium that occur naturally in the sand. One day, however, he was invited to test his technique on the remains of people from the Hiroshima blast. Unfortunately, his analysis was far too rudimentary at the time — due to the lack of advanced computers, the physicist was unable to separate the A-bomb signal from the background signal. He did get to keep the jawbone though.

Decades later, Angela Kinoshita of Universidade do Sagrado Coração in São Paulo State, along with colleagues, used modern equipment to finally make the method work. The dose distribution matched that found in different materials around Hiroshima, including wall bricks and roof tiles, suggesting that the method is accurate, although more experiments are still required.

“There were serious doubts about the feasibility of using this methodology to determine the radiation dose deposited in these samples,” Kinoshita said in a press release.

“The results confirm its feasibility and open up various possibilities for future research that may clarify details of the nuclear attack.”

There is a lot of interest in this methodology due to the risk of terrorist attacks in countries like the United States.

“Imagine someone in New York planting an ordinary bomb with a small amount of radioactive material stuck to the explosive,” said study co-author Oswaldo Baffa of the University of São Paulo’s Ribeirão Preto School of Philosophy, Science & Letters.

“Techniques like this can help identify who has been exposed to radioactive fallout and needs treatment.”

The findings appeared in the journal PLOS ONE.