Deep down, every fisherman hopes today will be the day they will find the big one — but not too many fishermen imagine finding Holocene remains. 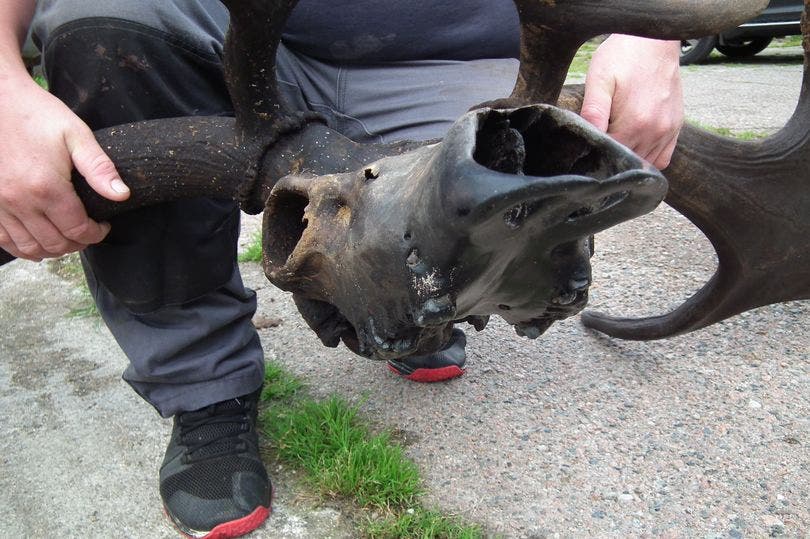 The antlers and skull belong to the largest deer species that ever lived. Image credits: Ardboe Gallery.

It was a day much like any other for Raymond McElroy and Charlie Coyle. They went out fishing for pollan (a whitefish) in Lough Neagh, a freshwater lake in Northern Ireland. When they cast their net, they knew they had found something big; they just didn’t know how big — and how old.

“It came up in the net on the side of the boat. I thought it was a bit of black oak to begin with,” McElroy told Belfast Live. “I was shocked to begin with when I got it over the side and saw the skull and antlers. It’s pretty good.”

The skull and antlers belong to a species that used to roam the lakeshore tens of thousands of years ago until it went extinct some ten millennia ago. The skull that the two fishermen found may have been one of the very last that roamed the area.

The intact skull and antlers measured almost 2 meters across (6 feet), and belonged to the Great Elk, Megaloceros giganteus), sometimes referred to as Irish Elk.

[panel style=”panel-default” title=”The Irish Elk — the great misnomer” footer=””]It’s funny that the species would be called the Irish Elk, for it is neither exclusively Irish nor an elk. It is, however, the largest known deer species to ever walk the face of the Earth, standing up to up to seven feet at the shoulder (2.1 meters), with antlers spanning up to 12 feet (3.65 meters).

It’s not exactly clear what led to the extinction of this magnificent beast, but it likely has a lot to do with the changing conditions of the Holocene.

Unable to adapt to the changing environmental conditions of the last glaciation or the marked transition that occurred after the final retreat of the ice sheet, the largest deer that ever lived became extinct. It was a study including this species that first started to convince skeptic naturalists that the total extinction of a species was possible. 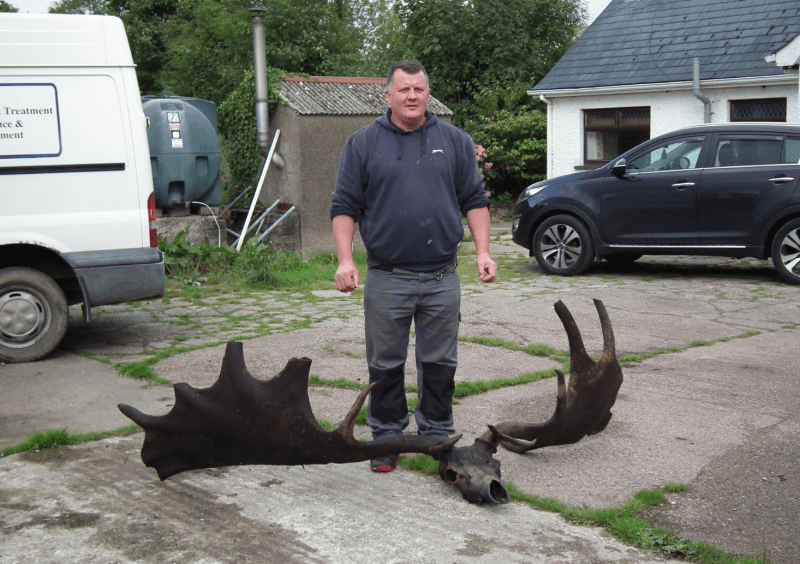 Dr. Mike Simms at the Ulster Museum, who took custody of the finding, commented for Belfast Live:

“They came in (to Ireland) when the weather was great on the grass plains, but then the trees started to grow — giants antlers aren’t great in the forest.”