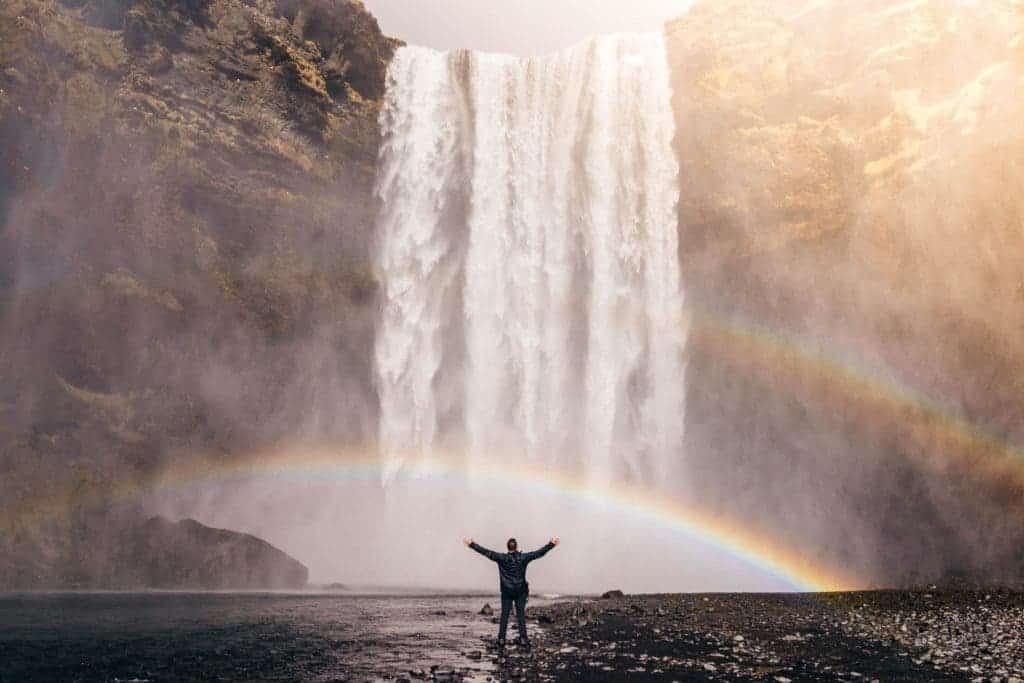 Waterfalls can be breathtaking and awe-inspiring, but they’re not just a pretty sight — geologists study waterfalls to reconstruct the history of a landscape, and they do this based on one assumption: that they’re formed by an external force, like an ancient glacier or some fault line that deviated a river’s flow. But a surprising new study that suggests that waterfalls can from on their own might force some geologists to reconsider their previous investigations.

The idea that waterfalls could spontaneously form without an external force has been proposed before. However, it was only recently substantiated by experiments. The researchers led by Joel Scheingross, an assistant professor of Geosciences at the University of Nevada, built a 26-foot long, 12-inch wide, 3.3-foot deep channel (8 meters long, 30 cm wide, 1 meter deep) that simulated a river flow. The channel was tilted at a 20-degree slope to allow sediment-rich water to naturally flow down its surface. Under the action of streaming water, a river bed will naturally start to erode — but this happens over the course of hundreds, even thousands of years. To fast-forward, the researchers designed their bedrock from foam.

To everyone’s surprise, the artificial river started digging out parts of the riverbed unevenly. Some pockets would erode faster than others, so in time the erosion amplified as the stream continued to flow. At some point, tiny waterfalls formed at various points of the channel, despite the fact that the sediment load, flow rate, or any other parameters suffered no change. These waterfalls appeared all by themselves with no external force involved — and this could apply on a grander scale, too.

“In our experiment, instabilities between flow hydraulics, sediment transport and bedrock erosion lead to undulating bedforms, which grow to become waterfalls. We propose that it is plausible that the origin of some waterfalls in natural systems can be attributed to this intrinsic formation process and we suggest that investigations to distinguish self-formed from externally forced waterfalls may help to improve the reconstruction of Earth history from landscapes,” the authors wrote in their study.

Real riverbeds are, of course, not made of foam — but the results are still compelling. Until now, everyone assumed that waterfalls were shaped by some natural force, whether tectonic movement, changes in sea level, or climate change. This assumption has been integral to efforts meant to reconstruct what a landscape might have looked like millions of years ago, like turning a sculpture back into a rough block of marble.

The new study suggests that the processes that can lead to the formation of a waterfall are more complex than scientists previously thought. But scientists will still have to confirm this experiment in the field by finding a self-formed waterfall.