Detailed analysis and review have confirmed the scientists’ initial opinion – the pebble containing slabs Curiosity stumbled upon last year were indeed part of an ancient streambed. 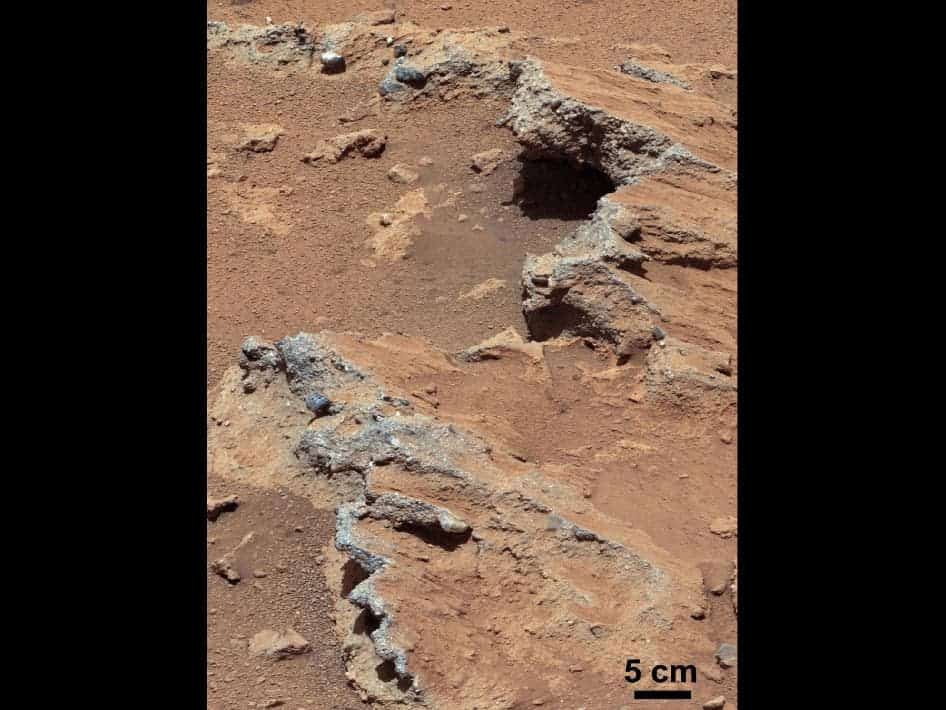 When the Curiosity rover landed on Mars, it was expecting to find lots of things – but finding evidence of ancient water so close to the land site seems almost too fortuitous to be a coincidence. These rocks are the first ones ever to be found on Mars that contain gravel – unconsolidated rock fragments of specific dimensions.

The size and shape of these gravels allowed geologists to calculate the depth and speed of the water that once flowed at this location.

“We completed more rigorous quantification of the outcrops to characterize the size distribution and roundness of the pebbles and sand that make up these conglomerates,” said Rebecca Williams of the Planetary Science Institute, Tucson, Ariz., lead author of a report about them in the journal Science this week. “We ended up with a calculation in the same range as our initial estimate last fall. At a minimum, the stream was flowing at a speed equivalent to a walking pace — a meter, or three feet, per second — and it was ankle-deep to hip-deep.”

To me, it’s absolutely fantastic that we sent a rover to Mars, it took some pictures of gravel, and then, researchers not only found that the rocks belonged in an ancient streambed – but they also calculated the parameters of the stream. Interestingly enough, these rocks look (even to the untrained eye) just like gravel found on Earth.

“These conglomerates look amazingly like streambed deposits on Earth,” Williams said. “Most people are familiar with rounded river pebbles. Maybe you’ve picked up a smoothed, round rock to skip across the water. Seeing something so familiar on another world is exciting and also gratifying.”

The larger rocks are not distributed evenly in the conglomerate rocks – also a common feature on Earth, further backing up the existence of streambeds on Mars, at one time during its history. In addition, many of the pebbles are touching each other, a sign that they rolled along the bed of a stream. They are also very rounded, showing that the stream was around for a significant amount of time, and it wasn’t seasonal. 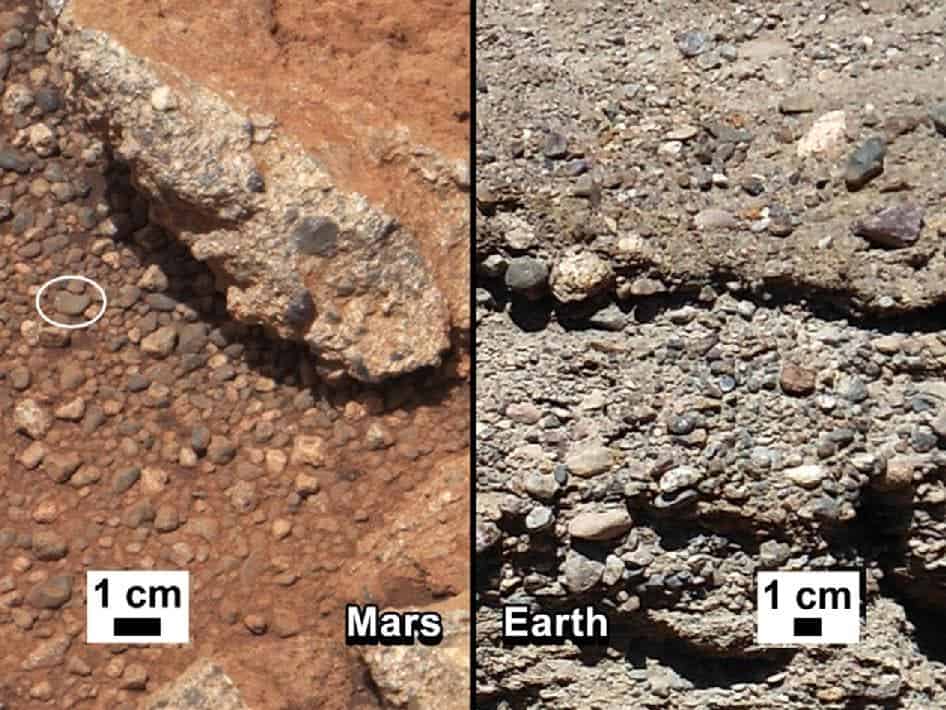 “Our analysis of the amount of rounding of the pebbles provided further information,” said Sanjeev Gupta of Imperial College, London, a co-author of the new report. “The rounding indicates sustained flow. It occurs as pebbles hit each other multiple times. This wasn’t a one-off flow. It was sustained, certainly more than weeks or months, though we can’t say exactly how long.”

Nowadays, the Martian atmosphere is simply too think to sustain a stream flow of liquid water, though ice exists in large quantities. Several pieces of evidence have been found supporting the fact that Mars, at one time in its history, had liquid water flowing on its surface. The question remains now, did this water flow long enough, and did it host life?