Thylacoleo, the “pouch lion” was the apex predator in Australia’s Pleistocene, ruling its ecosystem from 2 million to 46 thousand years ago 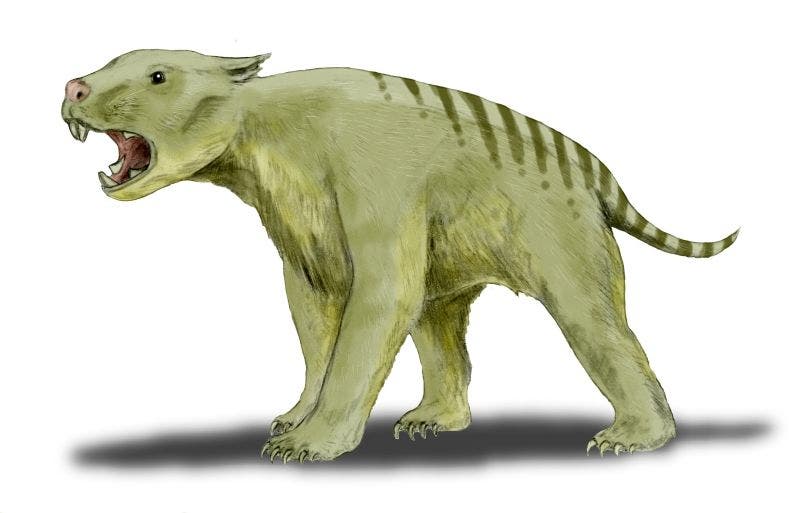 Artistic representation of Thylacoleo carnifex, a marsupial predator from Australia, based on the skeleton at the Victoria Fossil Cave. Image credits: Nobu Tamura.

The ancient hunter weighed over 100 kgs (220 pounds) and enjoyed living in caves — almost all of the recovered fossils were found in an around caves. Pound for pound, Thylacoleo carnifex had the strongest bite of any mammal species — living or extinct — and could easily hunt prey that was bigger than itself.

This extinct marsupial has puzzled scientists since it was first described in 1859 from skull and jaw fragments. Now, recent cave findings shed new light on the pouch lion.

In the new study, Roderick T. Wells of Flinders University and Aaron B. Camens of the South Australia Museum, Adelaide, analyzed bone fragments discovered in Komatsu Cave in Naracoorte and Flight Star Cave in the Nullarbor Plain. These findings include one nearly complete fossil specimen, which allowed researchers to reconstruct the creature’s skeleton, for the first time. 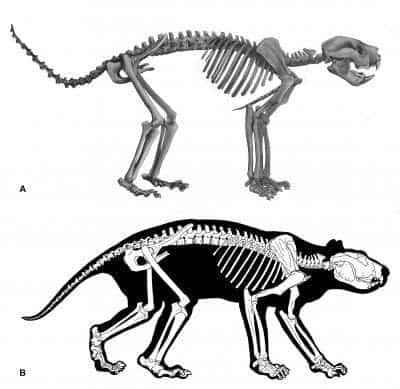 (A) Reconstruction of the skeleton of T. carnifex. (B) Body outline based on examination of musculature in X-ray imaging. Image credits: Wells et al, PLoS.

The findings add a lot of previously missing puzzle pieces regarding Thyacoleo’s anatomy and lifestyle For instance, the creature sported a strong and muscular tail, which along with its hind legs, could have functioned as a tripod of sorts, freeing up the forelimbs for fighting or climbing. The skeleton also allowed researchers to figure out how the creature preferred to hunt.

Its rigid lower back and powerful forelimbs were anchored by large, strong collarbones, which would have made it quite difficult to run and chase after prey — but it would have been perfect for ambushing or scavenging. This also seems to suggest that Thylacoleo was a skilled climber, capable to scale on both trees and steep, cavernous landscapes. So presumably, Thylacoleo spent much of its time ambushing unsuspecting large prey from above.

Intriguingly, the anatomy of Thylacoleo seems most similar to the Tasmanian devil — a small, extant carnivore which, despite its small stature, features a stocky and muscular build. Biologists suspect that the two creatures shared many behaviors, despite their obvious differences.

Researchers also suspect that given the prevalence of grouped skeletons also suggests that Thylacoleo was a social creature.

Ultimately, Thylacoleo went extinct some 46,000 years ago. Paleontologists suspect its extinction was due to the climate changes, though human activities as an extinction driver is still a possibility. It’s quite possible that humans also interacted with this creature. 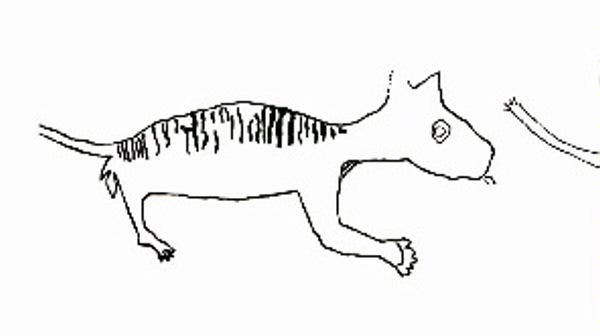