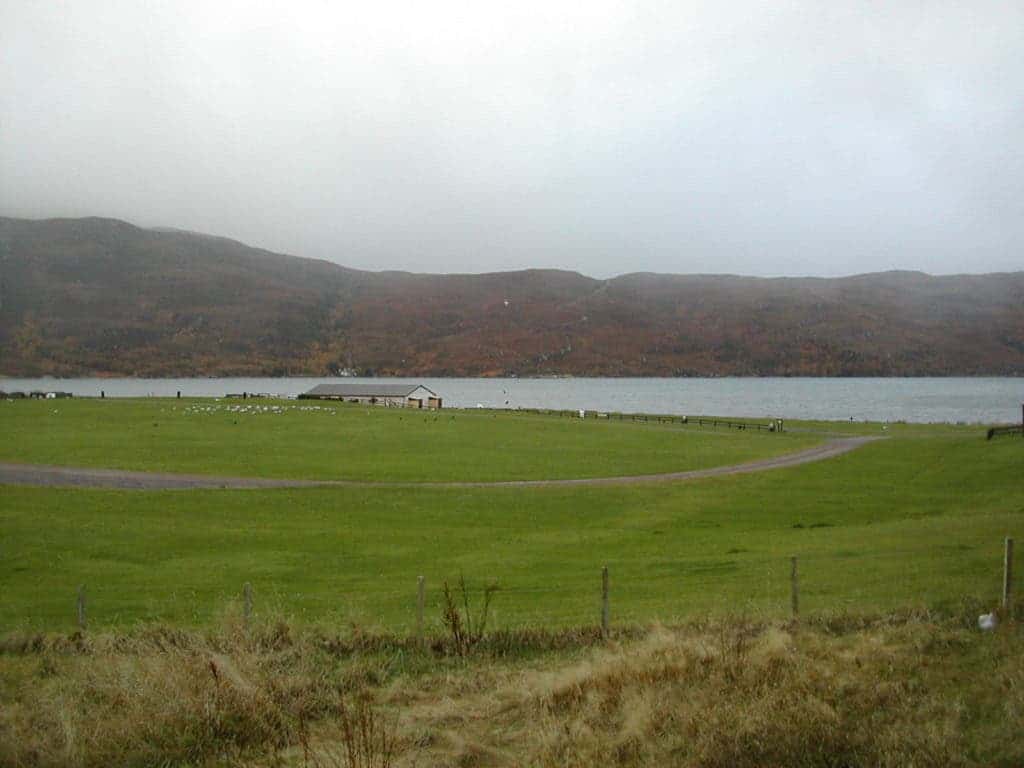 The meteorite crater was discovered near Ullapool, Scotland.

Britain might be a green place that’s full of life today, but 1.2 billion years ago, it was a completely different place — the whole world was. Plants hadn’t migrated onto land yet, and all macroscopic life was still in the sea. Judging by its dry land, Earth was a barren planet. At that time, Scotland was around the equator, making it an arid, Mars-like landscape.

When the meteorite struck, the change in landscape wouldn’t have been observed by anyone, although the impact was probably felt by any microorganisms unfortunate enough to lie too close to the impact site. For geologists, however, the site of the impact was quite lucky: it was quickly covered by sediment favoring its preservation.

At about 1 km across, it wasn’t a huge meteorite, but it came down at 40,000mph, striking the Earth with a force 940 million times greater than that of the Hiroshima bomb. Although it created a 40 km-wide crater, the fact that it was preserved was quite lucky. Lead author Dr. Ken Amor explains:

“The material excavated during a giant meteorite impact is rarely preserved on Earth, because it is rapidly eroded, so this is a really exciting discovery. It was purely by chance this one landed in an ancient rift valley where fresh sediment quickly covered the debris to preserve it”.

“It would have been quite a spectacle when this large meteorite struck a barren landscape, spreading dust and rock debris over a wide area,” he adds. 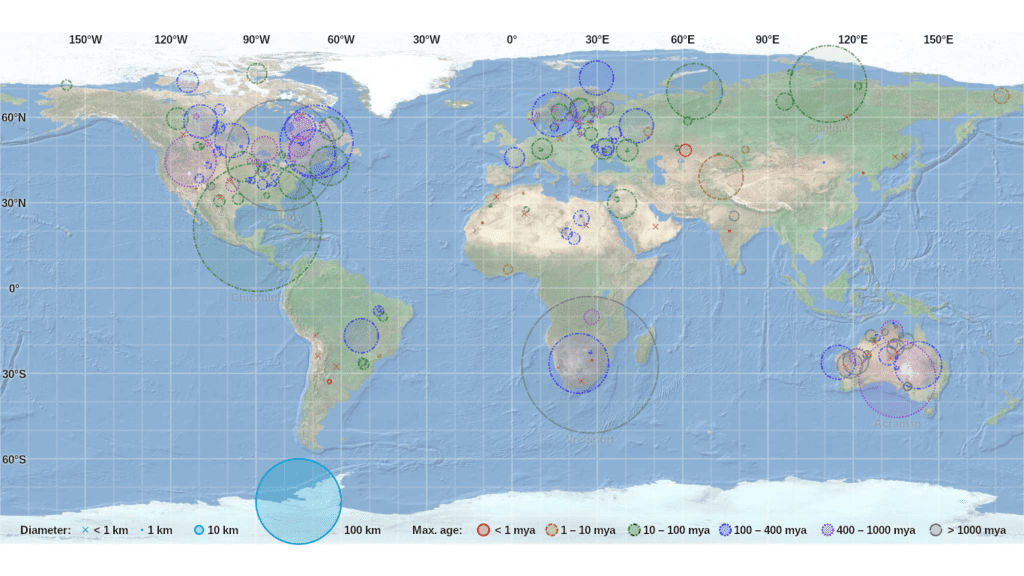 The site was discovered near Ullapool, in northwest Scotland and it’s the oldest meteorite impact ever recorded in the UK. The largest ever meteorite was discovered in Free State, South Africa, and it’s called the Vredefort crater. Vredefort crater has an estimated radius of 118 miles (190 kilometers), making it the world’s largest known impact structure. This crater was declared a UNESCO World Heritage Site in 2005.

Meteorite impacts were a bit more common back then due to all the leftover debris from the formation of the solar system still floating around. Even now, it’s unclear how common and likely this sort of impact was at the time. A commonly used estimate states that collisions with an object of about 1 km in size occur once every 100,000-1,000,000 years. However, these estimates can vary quite a bit — one of the reasons we don’t have better estimates is because these impact sites aren’t often preserved. Meanwhile, smaller impacts (where the meteorite is only a few meters across) are much more common, occurring about once every 25 years on average. In December 2018, a meteorite exploded in the atmosphere above the Kamchatka Peninsula in Russia and we barely even noticed.