Paleontologists working in Portugal have discovered the world’s oldest crocodilian eggs — they’re so well preserved that they can tell us a lot about their species and environment. 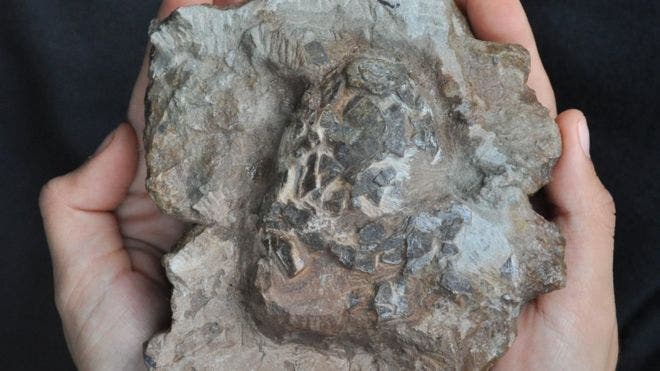 “The fact that they are from the Late Jurassic makes these eggs the oldest crocodilian eggs known so far,” said João Russo of Universidade Nova de Lisboa, Portugal. “This new discovery from Portugal extends the knowledge of this type of egg by approximately 40 million years.”

Based on the size and shape of the eggs, he estimates that the mother croc would have measured two meters and looked a lot like modern crocs. It belonged to a group called crocodylomorphs which had many similarities to modern crocs but were a much larger and diverse group.

“The fossil record tells us that crocodiles and their relatives (forming the larger group of crocodylomorphs) were much more diverse in the past, with different feeding habits, ecological niche distribution or morphology,” he added.

The eggs weren’t laid by “true” crocodiles, but rather by some of their relatives (or rather, ancestors) called crocodylomorphs. During Mesozoic and early Cenozoic times, Crocodylomorphs were an incredibly varied group, emerging at least as early as the dinosaurs. “Modern” crocodiles, for comparison, emerged in the late Cretaceous, some 100 million years ago. Crocodylomorphs live on to this day, though they’re not as varied.

The thing is, crocodile bones are not that uncommon throughout the fossil history — and neither are other crocodylomorph bones. Eggs, however, are a different issue. While a croc can live on for years or decades, an egg “survives” for a few months. They’re also frail and less likely to fossilize, which makes this finding even more valuable. Even when eggs are found, they’re usually fragmented. The eggs are also quite similar to those of modern crocs.

The eggs were found in a dinosaur nest near the village of Lourinhã, north of Lisbon. This is quite intriguing because while crocs are top predators today, it wasn’t like that in the past, and some dinosaurs were above them in the food chain. Why would the croc eggs be in a dinosaur nest? That’s not clear at the moment.