Water flew intermittently — but very intensely — on Mars, for billions of years. 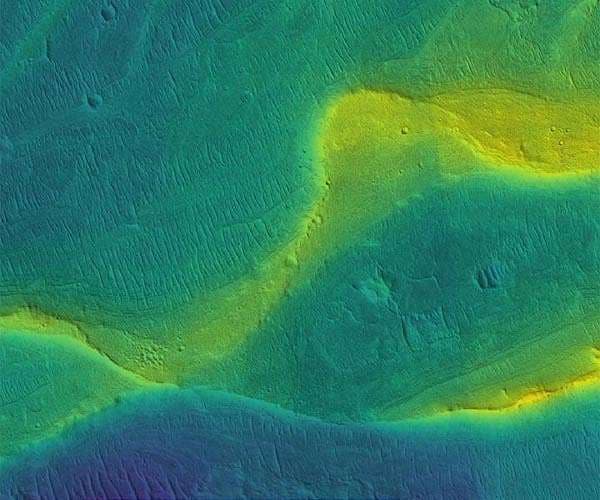 The case for Mars having water in the past is already very strong, and this latest study brings even more evidence to support that idea. Mars is dry today but it used to have a thick atmosphere in the past and it could have supported liquid water. Remote sensing data has revealed numerous valleys which appear to be precipitation-fed former rivers.

Edwin Kite, Ph.D., first author of a new paper says that not only did Mars have rivers and lakes, but they were pretty big, and they were around for billions of years, over several geological periods.

Kite and colleagues used images from NASA’s Mars Reconnaissance Orbiter, characterizing over 200 such systems. They used the number of craters around to estimate the age of these rivers and used the visual data to calculate the intensity of the river runoff.

While some channels have eroded over the eons, many are still clearly visible due to the very slow erosion currently taking place on Mars. Ironically, the lack of water and atmosphere responsible for this slow erosion allowed researchers to better study these former rivers.

It’s unclear how deep these rivers were, but they were wide — on average, they were wider than those on Earth. They also appear to be evenly distributed across the Martian surface. The team’s results suggest that these rivers flower intermittently (probably fed by precipitations), but intensely.

“Using multiple methods, we infer that intense runoff production [..] persisted until <3 billion years (Ga),” researchers write in the study. “[The] precipitation-fed runoff production was globally distributed, was intense, and persisted intermittently over a time span of >1 Ga.”

There’s another interesting find: it’s not just that these rivers were active for billions of years, but they were active until the very period when Mars almost completely dried up.

“You would expect them to wane gradually over time, but that’s not what we see,” Kite said in a statement. “The wettest day of the year is still very wet.”

According to our current climate models of Mars, that just shouldn’t happen — there’s no way the thinning Martian atmosphere could have supported such rivers. It’s not clear where the problem lies, and it’s also not clear exactly when and why Mars dried up. Understanding that could offer us a new understanding of whether Mars what habitable.

“Our work answers some existing questions but raises a new one,” Kite said in the statement. “Which is wrong: the climate models, the atmosphere evolution models or our basic understanding of inner solar system chronology?”

The study “Persistence of intense, climate-driven runoff late in Mars history” has been published in Science Advances.