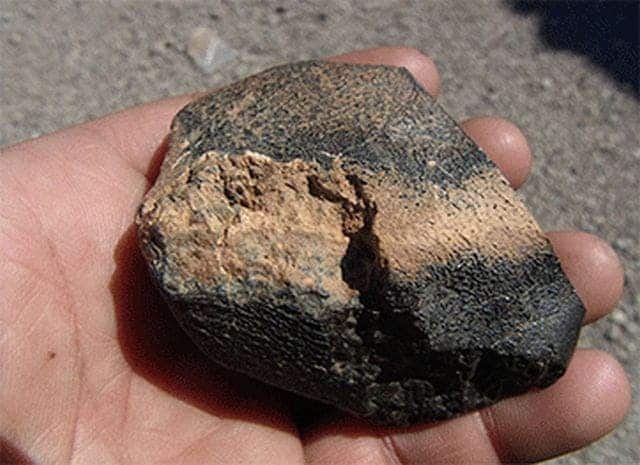 Though we have six orbiting probes around Mars and two active rovers on its surface, most of what we know about this planet’s volcanic activity comes from rocks which crashed on Earth. One such meteorite suggests Mars has had volcanic activity for at least two billion years.

Mars and its volcanoes

There are fewer than 20 named volcanoes on Mars and volcanism is confined mostly within three regions. The Red Planet’s rich volcanic history, however, is obvious. Mars has large volcanic cones, unusual patera structures, and volcanic plains. It is here also that we can find the largest shield volcanoes in the solar system, among them the giant Olympus Mons which is nearly 28 km (17 miles) high. That’s triple the height of Mauna Kea, Earth’s tallest volcano, which stands 10 km (6.25 miles) high.

To forge Olympus Mons lava had to flow over long distances similarly to how the Hawaiian Islands came to be. Clearly, some serious volcanic action took place but the full picture is missing.

Tom Lapen and colleagues from the University of Houston are helping to piece together this puzzle. The team analyzed a meteorite discovered in 2012 called Northwest Africa 7635 which slammed the Earth after yet another impact, this time a million year earlier and on Mars, ejected debris and sent it towards our planet. Northwest Africa 7635 is joined by ten other Martian meteorites which have a similar chemical composition and ejection time.

“We see that they came from a similar volcanic source,” Lapen said. “Given that they also have the same ejection time, we can conclude that these come from the same location on Mars.”

Take a moment to consider just how awesome what Lapen said is — the fact that we can infer such information about a place millions of miles away and a time billion of years ago. 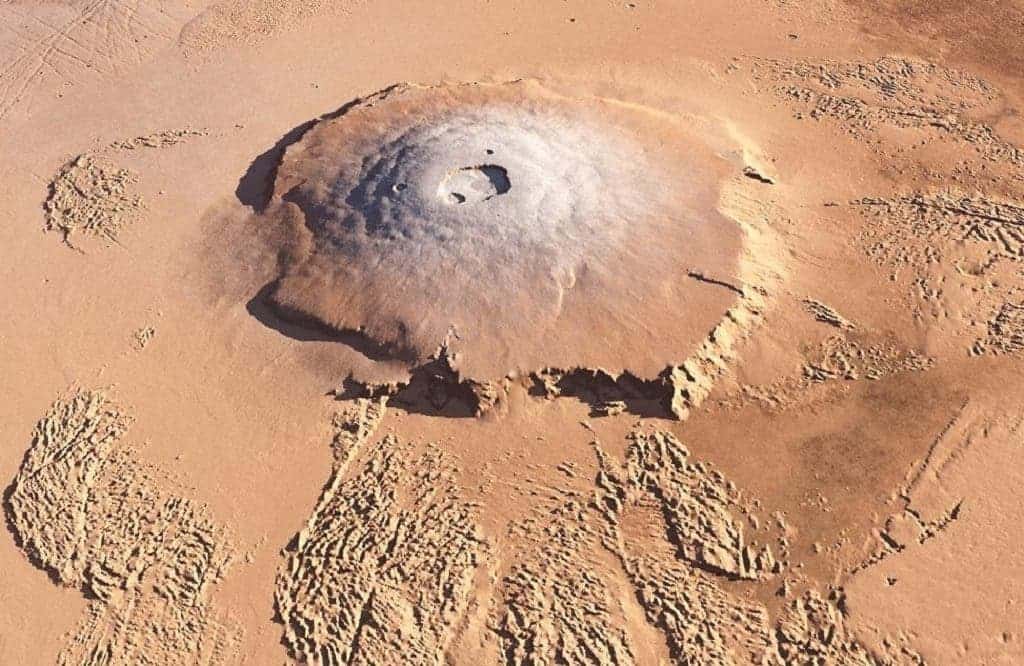 [ALSO SEE] Volcano facts and other pieces of hot science

Today, Mars seems volcanically inactive though some speculate otherwise. Based on images sent back by ESA’s Mars Express Orbiter, the most recent lava flows could have occurred some two million years ago. There are also lava flow sites with some impact craters on them, suggesting these formed recently from a geological standpoint. It may be that Mars’ volcanoes will become visible again but no one can tell for sure.

Understanding Mars’ volcanic activity, however, is also important for scientists trying to see whether or the planet fostered any life during its history. If there was any life at some point, it could have become extinct after Olympus Mons erupted, the equivalent of a Martian supervolcano.