An extremely rare cache of over 200 eggs from pterosaurs from the Cretaceous era has been found by paleontologists in China. The finding, which researchers have described as “stellar” and “truly awesome” could allow researchers to understand the winged reptiles better than ever before. 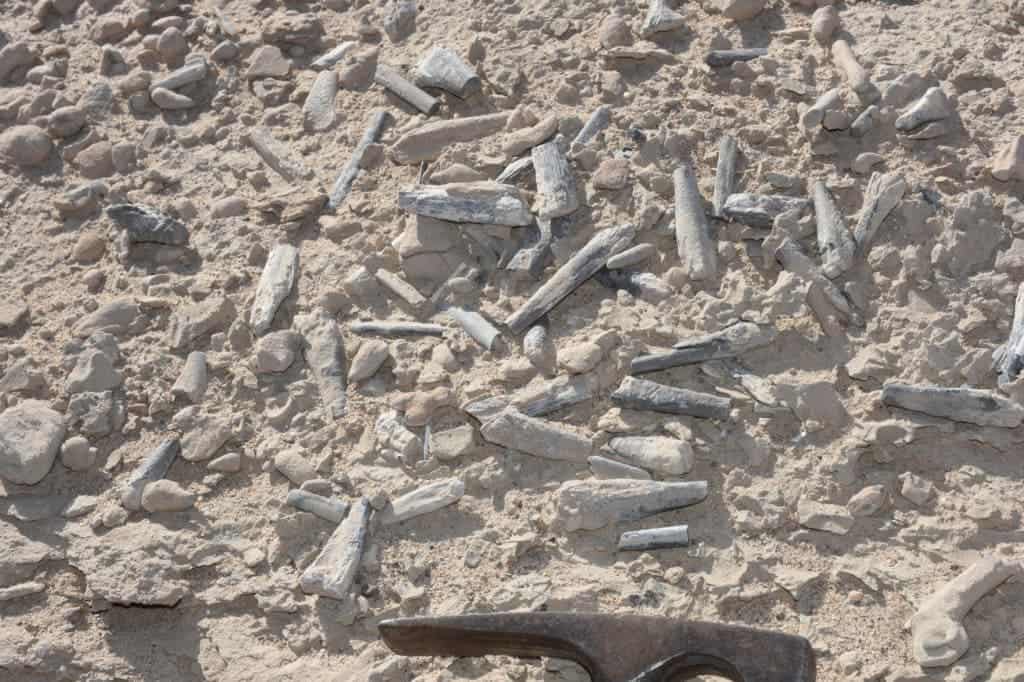 Hundreds of pterosaur eggs and bones were found at the site. Image credits: Alexander Kellner/Museu Nacional/UFRJ.

Pterosaurs were flying reptiles which emerged during the Triassic period and lived until the Cretaceous. Although they weren’t related to the dinosaurs, they lived alongside them, shared certain similarities, and went extinct at about the same time as them. Along with bats and birds, pterosaurs are the only vertebrates to truly fly. While we’ve learned quite a bit about them from the fossil record, egg findings have been extremely scarce. Eggs are much more fragile than bones, and they require extremely specific conditions to properly fossilize. Up until now, only a handful of complete fossils have been recovered, and out of these, only six eggs are 3D — as in not flattened by millions of years of rock pressure.

The finding didn’t occur overnight. Researchers working in the Turpan-Hami Basin, in northwestern China, worked on uncovering the bones for ten years. The eggs were scattered around randomly and spanned a wide variety of sizes, indicating that this wasn’t a nest and that the eggs were probably laid by different animals, potentially from different species. It’s unclear how the eggs wound up together in such disarray; one possibility is that they were washed away together by a flood event. Unfortunately, this means that researchers don’t have access to important information, such as how many eggs female laid and how they were organized — but the sheer size of the discovery more than makes up for such shortcomings. 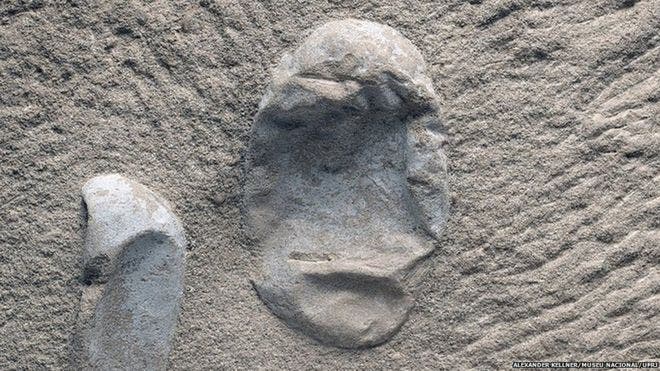 In total, paleontologists have discovered 215 eggs, with 16 of them containing embryonic remains of the pterosaur species Hamipterus tianshanensis. There may be even more of them, but scientists haven’t had time to properly analyze all the eggs, and CT scans are only partially useful.

“We want to find more eggs to make a much more detailed picture of embryonic development,” Alexander Kellner, a paleontologist with Laboratório de Sistemática e Tafonomia de Vertebrados Fósseis, told Newsweek. “So we are quite excited about that…. I’m quite certainly sure that there must be more embryos there.”

To make things even better, the fossil trove also includes skeletons from what appears to be all ages of pterosaur development — from hatchlings to adults. The discovery actually prompted the debate as to whether or not pterosaurs were capable of flying right after they were born. Since the hatchling fossils had much more developed hind legs than wings, this seems to indicate that the young were more inclined to walk around than fly.

“Thus, newborns were likely to move around but were not able to fly, leading to the hypothesis that Hamipterus might have been less precocious than advocated for flying reptiles in general … and probably needed some parental care,” the paper reads.

There’s still an ongoing debate about the validity of that theory, but one thing’s for sure: we’ve never had such a good view of how pterosaurs progressed from eggs to adulthood. It’s an embarrassment of riches, a once in a lifetime find.

“We learned a lot,” Kellner said. “For example, the bones associated with wings were less developed compared to the embryos development with their legs. So what we could learn from that? That most pterosaurs, when they hatched, they could walk, but they could not fly, so most likely they needed some parental care.”

H. tianshanensis was a giant flyer, with an estimated wingspan of 3.3 meters (11 feet). It had sharp teeth and a large crest running over its head, which probably made for quite a sight. It likely ate fish and lived in dry, sandy environments, where it buried its eggs on the shores of lakes and rivers (thus fitting with the idea of flowing water washing the eggs away). Pterosaurs were the first ever vertebrates to take to the skies — though why, how, and for how long they did this, remain unsolved mysteries. Even with such a rich find, the pterosaurs still manage to keep their secrets. But with paleontologists working more and more on the case, it only seems like only a matter of time now.