Paleontologists have discovered what looks like the earliest member of the Corytophanidae (also known as casquehead or helmeted lizards) judging from fossils collected in Wyoming. The ancient species is also the earliest ancestor of the modern basilisk, or better known as the Jesus Lizard because of its ability to skim the surface of water over short distances. 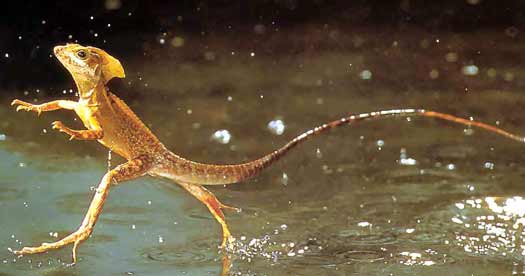 The early Corytophanidae lived some 48 million years ago in the tropical rainforests of Wyoming. It’s hard to imagine tropics today given the deserts the litter the North American state, but we’re talking about the  Eocene Epoch – a period when greenhouse gas levels were very high in the atmosphere and temperatures were a lot hotter than today. In the Wyoming Bridger Basin where the ancient lizard was found, the temperature was up to 8 degrees Celsius on average higher.

The lizard was named Babibasiliscus alxi, where babi means “older male cousin” in Shoshone Native American – a tribute to the local heritage. Judging from the fossils, the lizard was likely two feet long, was active during the day and likely spent most of its time in trees. Like other casqueheads, the lizard has a ridge over its skull that likely made it look fiercer to its prey. Its teeth had three points suitable for eating snakes, lizards, fish, insects and plants. The larger cheekbones suggest it also hunted large prey.

“The generic name is meant to honor the Shoshone people who originally inhabited the areas in which the specimen was discovered,” Jack Conrad of the American Museum of Natural History explained. 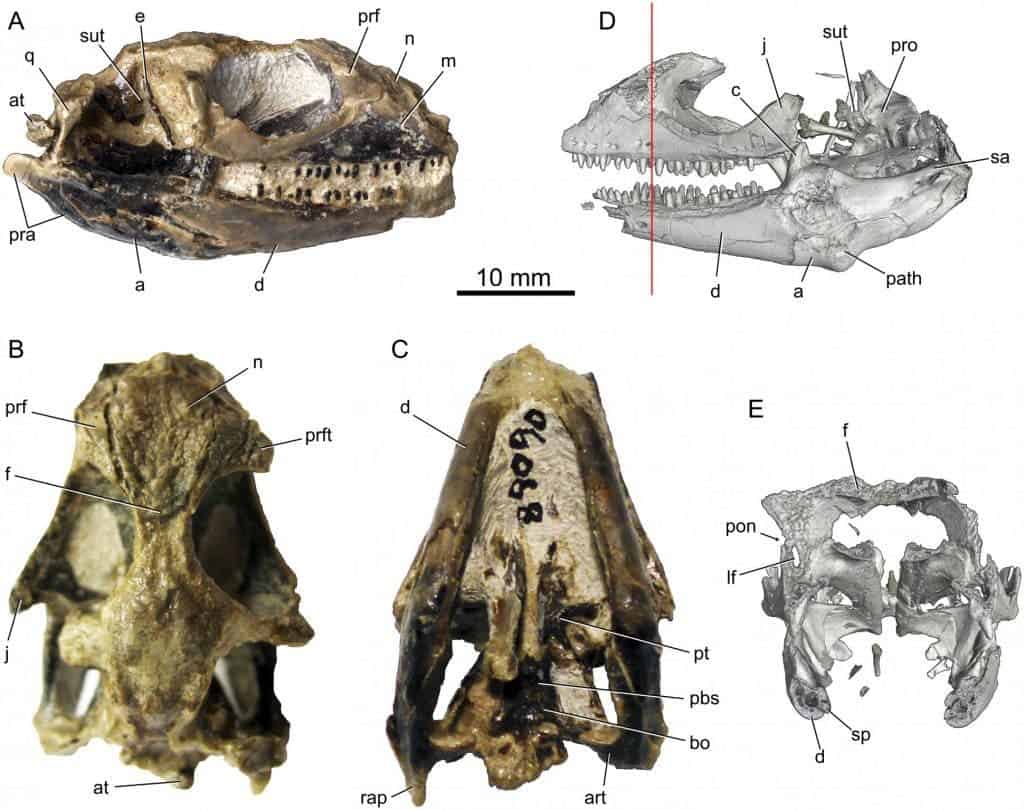 Fossils, and digital reconstructions based on CT scans of the Babibasiliscus skull. Image: PLOS ONE

Based on phylogenetic analysis Babibasiliscus is closely related to the modern genus Laemanctus, which includes the famous Jesus Lizard. The Jesus Lizard likes to live near water, that way, when it is frightened by an approaching predator it can get to the water and run across the surface. The lizards can run on water because they have a fringe of scales on their hind toes which makes little webs that can trap bubbles of air and water beneath their feet. This keeps them from sinking into the water if they run quickly enough across. When they do stop running they don’t mind taking a little swim. It’s not clear whether Babibasiliscus also skimmed water.

The Jesus Lizard and its genus relatives however are endemic only to the tropical areas of Central and South America. Babibasiliscus proves that the genus used to have a wider distribution going much farther North, according to the paper published in the journal PLOS ONE. This shows the cooling conditions following the Eocene period forced the lizards to migrate farther South, echoing current ecosystem crises.

“Given our current period of global climate fluctuation, looking to the fossil record offers an important opportunity to observe what is possible,” Conrad said, “and may give us an idea of what to expect from our dynamic Earth.”