In the darkest caves of  southwest China, one can experience fragments of the long set Ice Age and travel back in time 30,000 years. No, there isn’t any time machine or stargate of some sort (scientists say time travel is impossible, I beg to differ), instead what you’ll find in one of the darkest corners of the Earth is an ecosystem so perfectly preserved, that its vegetation is practically unchanged since the last ice age. 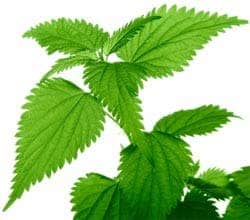 A simple nettle. This one has plenty of light, though.

Part of a joint scientific effort between researchers from southwest China and UK,  scientists have identified seven species of nettle that grow in isolated, dark corners of the karst landscapes of Guangxi and Yunnan provinces. The nettles are only found in the darkest corners of the provinces’ caves and gorges, places where barely any sunlight ever shines. In fact, some survive in conditions in which just 0.02 per cent of sunlight penetrates the cave, a characteristic similar only to deep ocean vegetation.

Actually, one of the discovered species, Elatostema retrorstrigulosum, is limited to only 10 adult plants, which makes it “critically endangered” under the criteria of the International Union for Conservation of Nature.

“They grow at the backs of the main caverns in near-dark conditions. There must be something quite special about their photosynthesis. They probably activate the photosynthetic process very quickly, which enables them to take advantage of very short bursts of light, and they might go for slightly different wavelengths. [They could be] relics of a vegetation from a previous cooler climate that resembled that of the caves, ” says Natural History Museum researcher Alex Monro.

The last part is the most interesting of course. You see, all around these caves one can find typical tropical vegetation, where as the vegetation found in these caves is totally opposite from any specs one might expect to find.

It’s conceivable that the nettles evolved completely independently of the surrounding area, meaning they arose independently in the cave. The only problem with this hypothesis is that the cave is only 1 million years old, too short of a period on the evolutionary scale, so this assumptions kinda falls off the table. The only other possible explination is that they’re actually “relicts of a vegetation from a previous cooler climate that resembled that of the caves”, as Monro suggests. There you have it, 30.000 years and nothing’s changed. Mammoths, anyone?