Among the main arguments of hydraulic fracking proponents is the claim that fracking does nothing to threaten drinking water supply, because the process takes place much deeper. But now, a recent study conducted by Stanford researchers concludes that energy companies are fracking for oil and gas at far shallower depths than widely believed, sometimes through underground sources of drinking water. The study itself provides no evidence of groundwater contamination, it just analyzed the depths at which hydraulic fracking occurs. 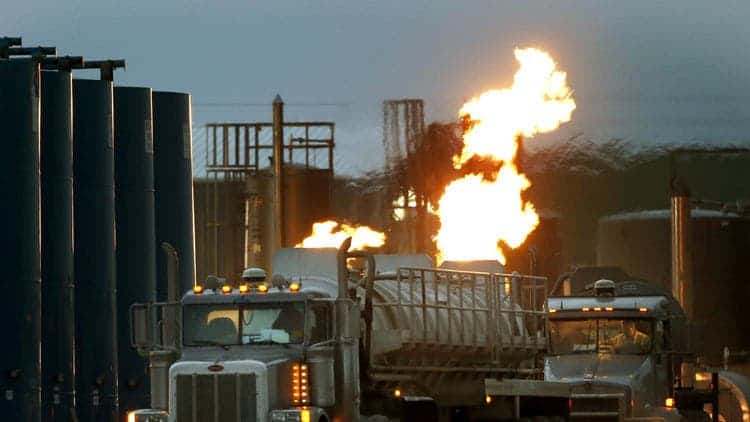 We’ve written quite a lot about hydraulic fracking. Here is a basic explanation on how the process works, and an article on what we don’t yet know about the effects of the process.Basically, fracking involves high-pressure injection of millions of gallons of water mixed with sand and chemicals to create a system of fissure, cracking geological formations and tapping previously unaccessible oil or gas reserves. Fracking fluid contains several dangerous chemicals, including neurotoxins and carcinogens, and also some undisclosed substances.

Fear regarding water contamination spread through communities, but oil companies always claimed that the fracking took place much deeper than the location of the drinking water, so there’s no reason to worry. However, this study highlights areas such as the Pavillion gas field which contains both natural gas and sources of drinking water.

“Thousands of gallons of diesel fuel and millions of gallons of fluids containing numerous inorganic and organic additives were injected directly into these two formations during hundreds of stimulation events,” concluded Dominic DiGiulio and Robert Jackson of Stanford’s School of Earth Sciences in a presentation Tuesday at the American Chemical Society conference in San Francisco.

They also point out that due to the secrecy generally surrounding fracking, there is no way of knowing the effects of fracking into groundwater resources. Also, regulator haven’t yet assessed the scope and impact of the activity.

“The extent and consequences of these activities are poorly documented, hindering assessments of potential resource damage and human exposure,” DiGiulio wrote.

Companies claim that fracking never contaminated drinking water, but the Environmental Protection Agency launched three investigations over the last six years into possible drinking water contamination by oil and gas activity in Dimock, Pa.; Parker County, Texas; and Pavillion, Wyo. Even though the investigations found several leads and there were clear indications of pollution, they were stopped amidst political pressure (something which should just not happen in environmental studies). If anything, recent studies have highlighted the risk of contamination.

“People think these formations are impermeable, and so they wonder, ‘Why are you worrying about water?’” DiGiulio said. “But it is an extremely heterogeneous environment, with areas of low and high permeability mixed together and with many lenses conducting water.”