Audible sounds and earthquakes have a lot in common with each other — after all, they’re both caused by acoustic waves. Sure, they’re propagating at different frequencies and through different mediums, but at their core, they’re similar waves. With a bit of artistic license, you could say that seismology is the science that “listens” to the Earth.

Well, researchers from Stanford and Boise State University now want to actually listen to a volcano. They found that by monitoring the infrasound detected by monitoring stations on the slopes of the Villarrica volcano in southern Chile, one of the most active volcanoes in the world, they could predict impending eruptions.

The sounds (vibrations) they were picking up were produced by the rumbling of a lava lake located inside the volcano’s crater. When the volcano’s activity intensifies, the lake starts to shake and stir, creating more sounds.

“Our results point to how infrasound could aid in forecasting volcanic eruptions,” said study co-author Leighton Watson, a graduate student in the lab of Eric Dunham, an associate professor in the Department of Geophysics of the Stanford School of Earth, Energy & Environmental Sciences. “Infrasound is potentially a key piece of information available to volcanologists to gauge the likelihood of an eruption hours or days ahead.”

Of course, many of the world’s big volcanoes are already being monitored. Seismic activity can be a good indicator of an eruption. The idea isn’t to replace it with infrasound, but rather to complement it, along with all other methods used for volcano monitoring. However, there are still significant challenges. 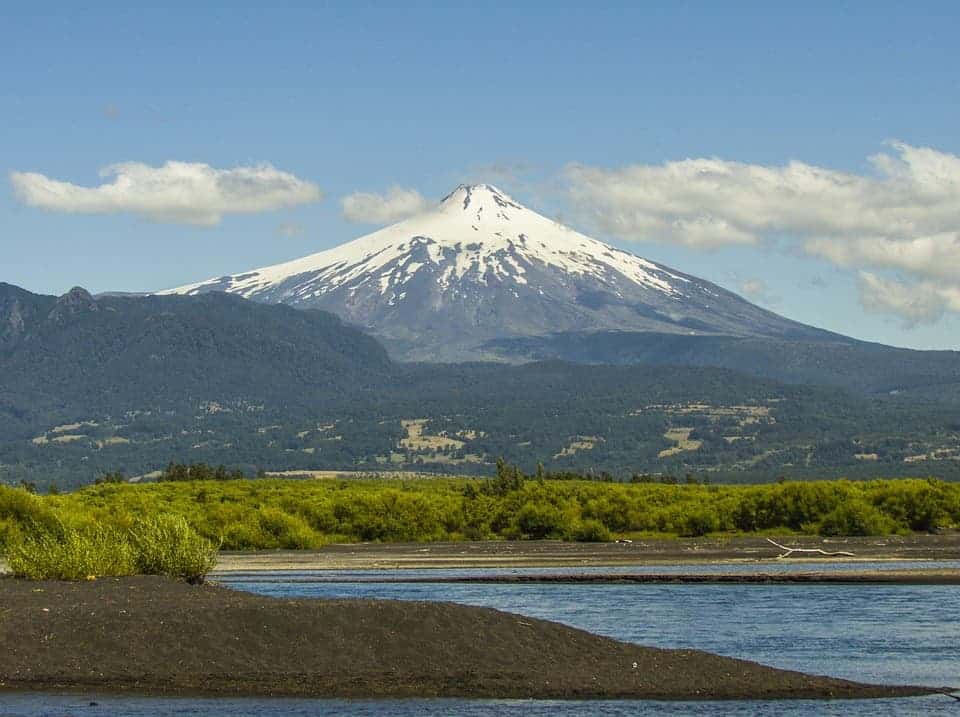 Villarrica is one of Chile’s most active volcanoes.

While thus far, the infrasound readings have proven quite reliable, they also need to be confirmed in other environments, on other volcanoes. It’s not clear to what extent this information can be used to anticipate eruptions and how reliable this data can be.

Furthermore, this has only been tested on “open vent” volcanoes like Villarrica, where an exposed lake or channels of lava connect the volcano’s inner fire to the atmosphere. Applying the same method on a closed volcano will undoubtedly prove to be much more difficult, or even impossible.

“Volcanoes are complicated and there is currently no universally applicable means of predicting eruptions. In all likelihood, there never will be,” Dunham said. “Instead, we can look to the many indicators of increased volcanic activity, like seismicity, gas emissions, ground deformation, and – as we further demonstrated in this study – infrasound, in order to make robust forecasts of eruptions.”