Finding fossilized remains of dinosaurs is one thing, but now, paleontologists have discovered proteins dating back to 195 million years ago. 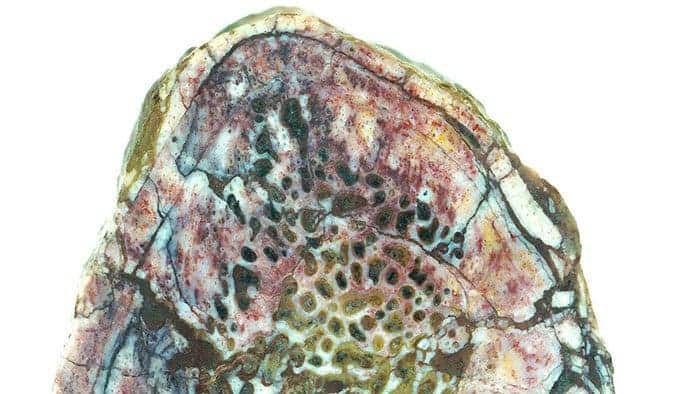 A few days ago, we wrote about another stunning finding: 80-million-year-old collagen from a dinosaur called Brachylophosaurus. But this finding predates that one by over 100 million years and could pave the way for future such discoveries.

“These dinosaur proteins are more than 100 million years older than anything previously discovered,” says Professor Robert Reisz, a specialist in vertebrate paleontology in the Department of Biology at U of T Mississauga who was involved with the study. “These proteins are the building blocks of animal soft tissues, and it’s exciting to understand how they have been preserved.”

The fossils come from a rib of a Lufengosaurus dinosaur, a genus which lived during the Early Jurassic period in what is now southwestern China. The team used a machine called a synchotron to analyze fossil samples. A synchrotron is a particular type of cyclic particle accelerator, a design similar in principle to the Large Hadron Collider in Switzerland, but also used to study protein non-invasively, without risking to contaminate the sample. The previous findings (collagen) required dissolving the rest of the sample, while this approach doesn’t damage anything. Researchers believe this could, in time, lead to finding more fossilized soft tissue.

“Interestingly, there was no evidence of preservation of organic remains in the main mass of the bone, only in the small vascular canals that ran along the length of the rib, where hematite was also present” says Reisz. “Our localized search, in areas of the bone that are likely to preserve remnants of the original soft tissues, is more likely to succeed than previously used methods. This approach has great future potential, because localized searches will yield important results even when the amount of organic remains is miniscule.”

Despite convincing evidence, not everyone is sold that this is indeed protein. Mary Schweitzer from North Carolina State University, say the current tests are too limited in scope to conclusively say what’s on these bones, but others feel differently. Stephen Brusatte from the University of Edinburgh in the UK, who was not involved in the study believes they are indeed proteins.

“To find proteins in a 195-million-year-old dinosaur fossil is a startling discovery,” Brusatte told the BBC. “It almost sounds too good to be true, but this team has used every method at their disposal to verify their discovery, and it seems to hold up.”

We’re not quite sure why some proteins last for so long, but you shouldn’t expect Jurassic Park happening anytime soon. These scraps of matter can’t conserve any DNA.

The study appears in the latest issue of the journal Nature Communications.