Geoscientists working in South America have uncovered an ancient berry, a fossilized fruit belonging to a family which includes tomatoes, potatoes, and petunias. The fruit is part of the Solanaceeae (or Nightshade) family, an important and highly diversified group of flowering plants. It was found in a fossilized rainforest in Patagonia, and researchers believe it to be a Physalis – closely related to tomatillos. Tomatillos (along with ground cherries and husk tomatoes) are highly unusual in that they have papery husks that grow around their fleshy, edible berries. The entire family has a very poor fossil record, greatly limiting what we know about the evolutionary history of these plants. In fact, these new findings may very well force us to rethink what we thought we knew about nightshades.

“These astonishing, extremely rare specimens of physalis fruits are the only two fossils known of the entire nightshade family that preserve enough information to be assigned to a genus within the family,” said Peter Wilf, professor of geosciences, Penn State, who led the study. “We exhaustively analyzed every detail of these fossils in comparison with all potential living relatives and there is no question that they represent the world’s first physalis fossils and the first fossil fruits of the nightshade family. Physalis sits near the tips of the nightshade family’s evolutionary tree, meaning that the nightshades as a whole, contrary to what was thought, are far older than 52 million years.” 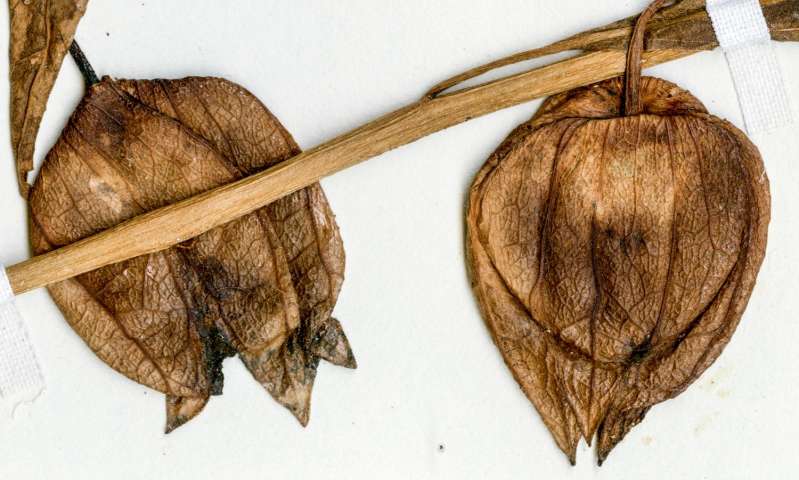 This feeling was echoed by other paleontologists. The area in Patagonia where the discovery was made is highly intriguing because it was a part of Gondwana, the supercontinent which included landmasses of South America, Antarctica, and Australia, during a warm period of Earth history, just before their final separation.

“Paleobotanical discoveries in Patagonia are probably destined to revolutionize some traditional views on the origin and evolution of the plant kingdom,” said N Ruben Cuneo of CONICET, Museo Palentologico Egidio Ferulgio.

Part of the reason why we’ve found so few nightshade fossils is that they’re extremely fragile and herbaceous. The leaves and flowers are basically completely unknown.

“These fossils are one of a kind, since the delicate papery covers of lantern fruits are rarely preserved as fossils,” Carvalho said. “Our fossils show that the evolutionary history of this plant family is much older than previously considered, particularly in South America, and they unveil important implications for understanding the diversification of the family.”

Dating was also challenging. Molecular dating of family trees relies on actual dates of fossils in the family to work from. But because previously dated fossils had very little diagnostic value, paleontologists instead dated the rocks in which the fossil was found. The fossils, 52 million years old, exhibit the same lobed husk and details of the venation as modern tomatillos.