All of today’s flowers stem from an ancestor that probably looked like this. 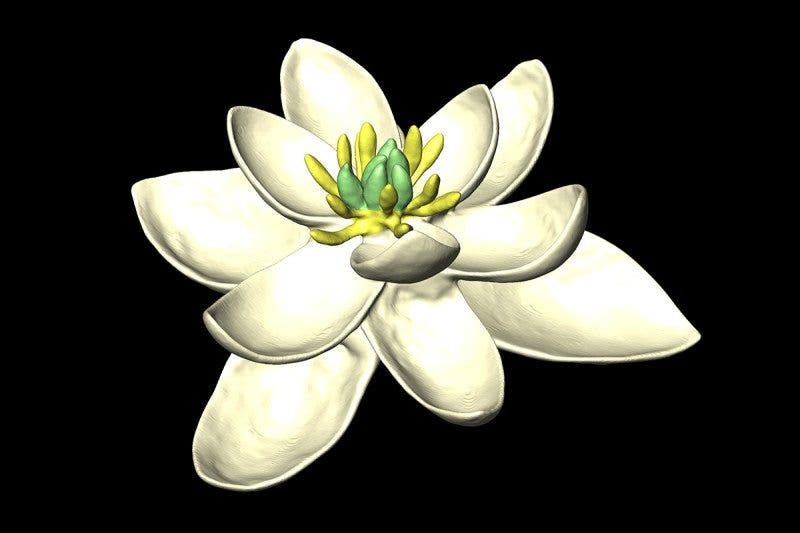 The first flower in the world likely looked much like this. This is a 3D model showing both female (carpels) and male (stamens) parts, and multiple whorls (concentric cycles) of petal-like organs, in sets of threes. Image credits: Hervé Sauquet & Jürg Schönenberger.

While land plants have existed for a whopping 425 million years, for the longest time they didn’t have flowers. Early seed-bearing plants, such as the ginkgo and conifers, reproduced through a simple adaptation of their earlier, aquatic counterparts: spores. In the sea, plants did exceptionally well by spreading around tiny clones of themselves at the mercy of sea currents. Of course, on land, spores face different challenges. They can wither and suffer damage and have a harder time moving about. Thus came the seeds. The humble seed was a notable breakthrough for early plants, as it allowed them to safely disperse in virtually all environments. At some point, plants developed a rather counterintuitive but spectacular structure: a flower.

There is still a lot of debate about why (and when) flowers emerged. Nature doesn’t create any structure without a reason, and creating something as complex as a flower is definitely taxing in terms of resources. So plants must have gained something from flowers.

The leading theory was that flowers were meant, from the beginning, to involve other creatures in the reproduction process — namely, to attract pollinators. There’s still a lot to be discovered about how they came to be, it’s clear that at some point, they emerged and took over the world incredibly fast, so fast that Charles Darwin called it the “abominable mystery.” They are angiosperms — flowering plants.

Although today they account for 90% of all plants, studying ancient flowering plants is notoriously difficult, due to their delicate structure. They almost never fossilize, and whenever one is found in the fossil record, it’s a reason to celebrate. 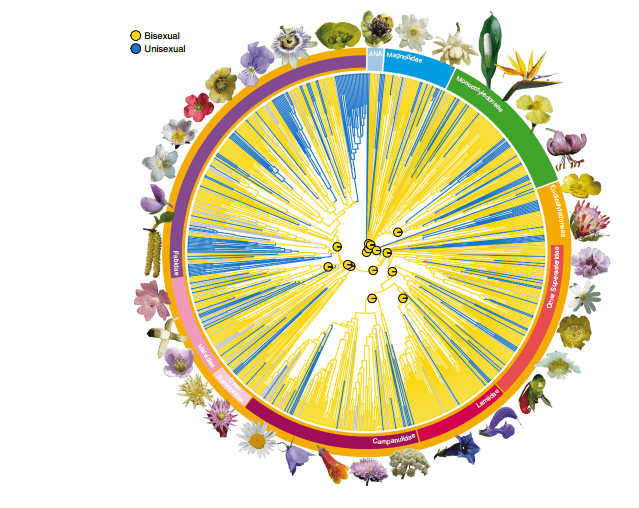 The oldest such plant ever discovered is the 130-million-year-old aquatic plant Montsechia vidalii, unearthed in Spain in 2015. But biologists are almost certain that flowering plants evolved earlier than that, somewhere between 140 and 250 million years.

“Flowers are a relatively recent evolutionary innovation on the geological timescale of plant diversification. The most recent common ancestor of all living angiosperms likely existed B140–250 million years ago,” the study reads.

So instead of creating a model from a few rare fossils, researchers chose a different path.

A team of 36, led by Hervé Sauquet of the University of Paris-South, France, documented the most ancestral traits of flowers. They also finessed their models with existing data, including an extensive database of extant floral traits, ending up with a plausible model.

“We looked at the big bang of flowering plant evolution when they first evolved,” says Sauquet.

According to their model, this first flower had 11 or more tepals and stamens, generally grouped in threes. It would have reproduced sexually, as it carried both female and male parts. To make things interesting, it looks very unlike Montsechia vidalii. In theory, the fossil record could serve as a verification, but because there is such a massive time lag in fossil preservation of the earliest angiosperm lineages, it’s hard to draw any solid points from the fossil record. You can pinpoint specific traits to a specific population, but that may not say much about the general picture. Also, Sauquet projects this model of a plant to 140 million years ago, leaving plenty of time for traits to change significantly. 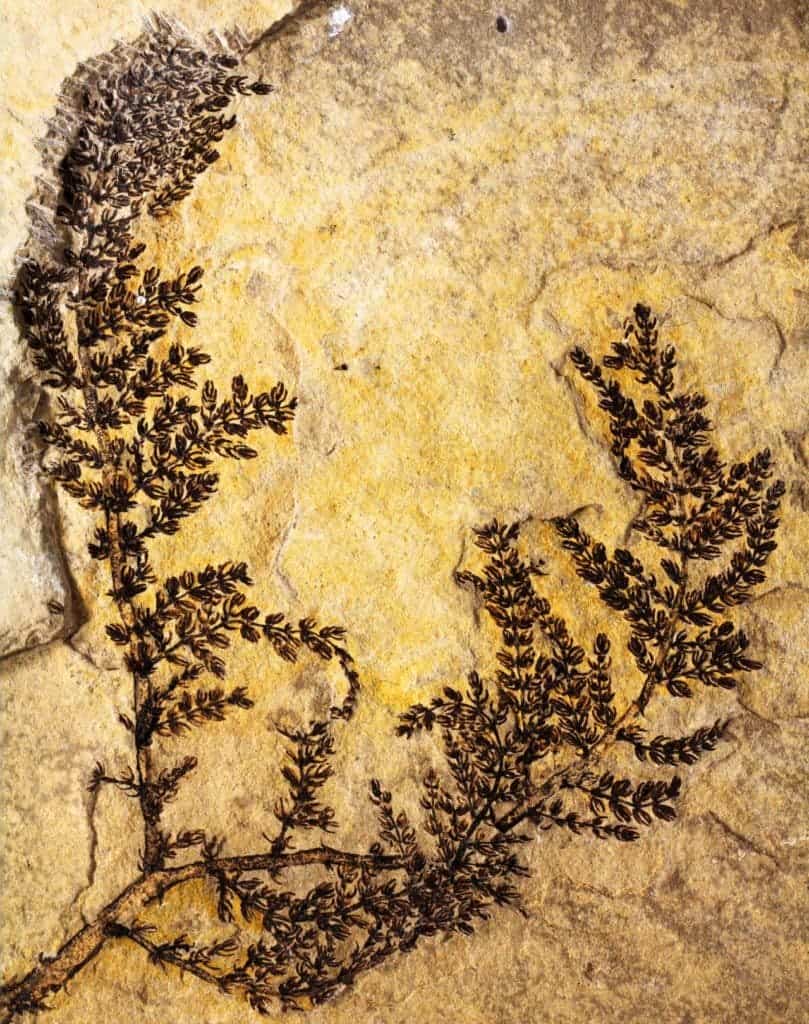 The study is a significant step forward in understanding the origin of floral diversity and evolution in angiosperms as a whole. There’s always some uncertainty when you’re working with this type of projection model, but it’s a new, useful perspective in understanding one of our planet’s biggest evolutionary mysteries.

“The origin of the angiosperm flower remains among the most difficult and most important unresolved topics in evolutionary biology,” the study concludes.