High-end technology meets one of the planet’s most ancient life forms to solve a long-standing mystery. 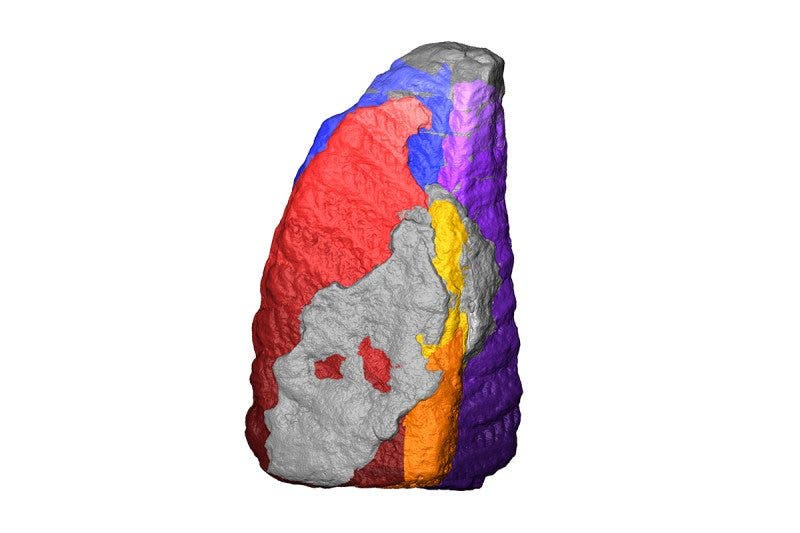 More than 600 million years ago, something strange happened on Earth: life started blooming with unprecedented force. Before that, life was simple, mostly microscopic and single-celled — quite dull. But the Ediacara fauna changed all that.  Trace fossils of the Ediacara fauna have been found worldwide, so we have some degree of familiarity with them, which is remarkable for something that happened so long ago. They represent the earliest known complex multicellular organisms, and emerged with such a force that paleontologists believe they changed the environment so much that they caused the world’s first mass extinction.

The Ediacarans themselves were pleated soft-bodied life forms — some up to 2 meters tall — that thrived from 580 to 540 million years ago. Their glory days faded quickly, however, when other “true” animals emerged and probably ate them to extinction.

To this day, they remain some of the most intriguing and mysterious creatures in history. We don’t really know what they were. Were they an animal of sorts? Were they more like plants? Even such simple questions are hard to answer when dealing with the Ediacarans. To make things even more intriguing, they exhibited an extreme range of variability. Size ranged from millimeters to meters; complexity from “blob-like” to intricate; rigidity from sturdy and resistant to jelly-soft.

Wanting to better understand them, British researchers carried out CT scans of two unusually well-preserved fossils. They carried out an initial analysis in 2013, and now, took it a step forward. The species, called Rangea (Rangeomorph genus) exhibits six-fold radial symmetry. It was one of the first organisms to reproduce sexually.

“This is the first look inside such a unique specimen of a rangeomorph,” says Alana Sharp of University College London, who led the team conducting the scans. “What has been made visible are internal structures like a central core.” 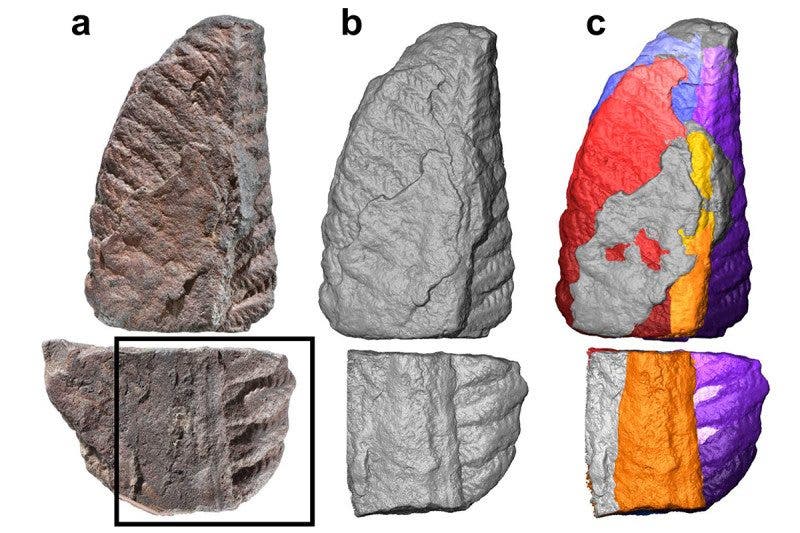 The scans of the fossils exhibit some unexpected features: one of the fronds had a three-dimensional shape, as opposed to most other fossils, who were rather flattened. This flattening process was likely caused by fossilization, but this one somehow escaped it. If all of them were inflated during their lifetime, this would indicate that they would increase their surface area as much as possible, probably to help them absorb as many nutrients as possible. The CT scans also showed a channel running from its central trunk. The lower part of this channel is filled with a different type of sediment than the rest of the body, perhaps supporting it as some form of a primitive skeleton.

Such beautiful images are a rare sight. Even though these organisms were likely quite common, 500 million years is a long time for something to preserve. We’re still just inching closer to uncovering their secrets. If we’re to do that, more fossils are necessary, and researchers are not on a quest to find them. It’s no easy feat.

“These beautiful, three-dimensional Ediacaran fossils are comparatively rare,” says Jennifer Hoyal Cuthill at the University of Cambridge. “There’s still so much to discover about what these creatures were and how they lived, and detailed information on their anatomy is very valuable.”

But even this new study fails to answer the most basic of questions: what were the Ediacarans? They represent a part of the tree of life that’s so different from us that we find it hard to comprehend how they came to be, and how they interacted with their environment. But we do know one thing: they were the first significant macroscopic creatures to emerge, and they paved the way for other animals to evolve. They were true pioneers, pioneers of life.