A massive earthquake struck Wednesday east of Kira Kira in the Solomon Islands, with several already confirmed victims and injuries. 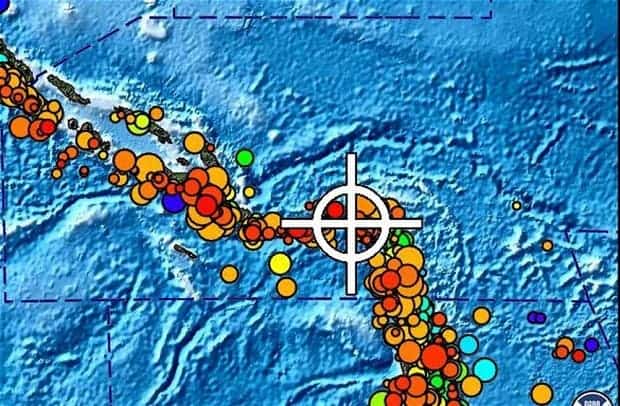 “At 12 minutes past midday, a 7.9 earthquake in the Santa Cruz Islands (near the Solomon Islands) occurred. A shallow event.” He said. “The nearest part from our location estimate is an island called Ndeni, which is part of the Santa Cruz Islands. They would have had quite strong shaking and could potentially have some damage there from shaking.”

For other areas there is no big tsunami alert, though waves somewhere between 90 cm’s and 1.5 meters have remained localized around the coast of the Solomon Islands. A flood alert has also been issued.

Professor James Goff, Director of the Tsunami and Natural Hazards Research Group at the University of New South Wales feared the worst when the magnitude 8.0 quake struck at the Santa Cruz Islands, part of the South Pacific nation of Solomon Islands on Wednesday from a depth of 5.8 kilometers.

“The Mag 8.0 Santa Cruz earthquake was originally reported by the United States Geological Survey to be about 5.8 km deep which made me think “oh no, here we go again, this will be a bad one”, but subsequent bulletins from the Pacific Tsunami Warning Center placed it at 33 km deep which at the very least reduces the likelihood of the tsunami being too bad.” 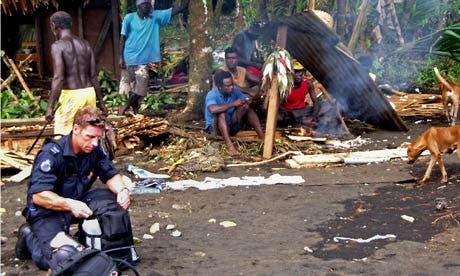 The size of both the earthquake and the tsunami took seismologists somewhat by surprise.

“In reality we know very little about the long-term earthquake and tsunami activity of the entire Solomon Islands region and so cannot say with any confidence whether this type of event we have seen today is out of the ordinary or how often we might expect it to happen in the future. Much work needs to be done to improve our understanding of such events in the Solomon Islands for the safety of both local and regional communities.”, he said.