A massive 8.3 magnitude Earthquake struck the northern coast of Chile on Wednesday night, killing at least five people and causing buildings to sway in the capital city of Santiago. Following the earthquake, waves of up to 4.5 meters were reported in some areas of the coast. About one million people were evacuated. 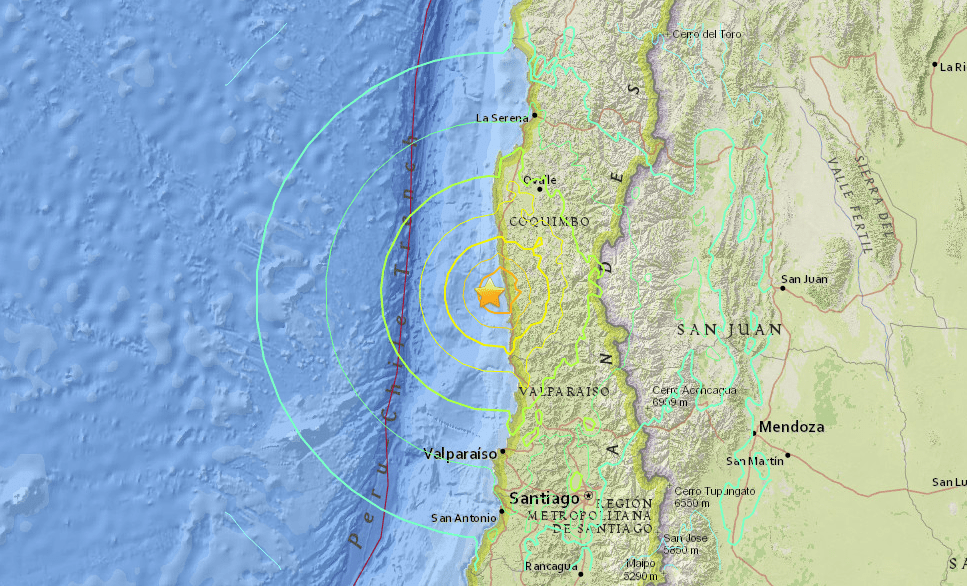 The earthquake’s epicenter. Image via USGS.

“I was in an open area on the ground, in Santiago when the initial earthquake stuck. It was so strong that I could barely stand on the ground and saw buildings around me sway. It was very long as well, and I felt as if the ground itself would break apart. Till now, at around 5:30 AM, there have been more than 30 after shocks,” local Sumit Kaul said through Guardian Witnesses.

The aftershocks were also massive; there are reports of one measuring 7.0 and at least three over 6.0.

“Once again we must confront a powerful blow from nature,” President Michelle Bachelet said, addressing the nation late Wednesday. 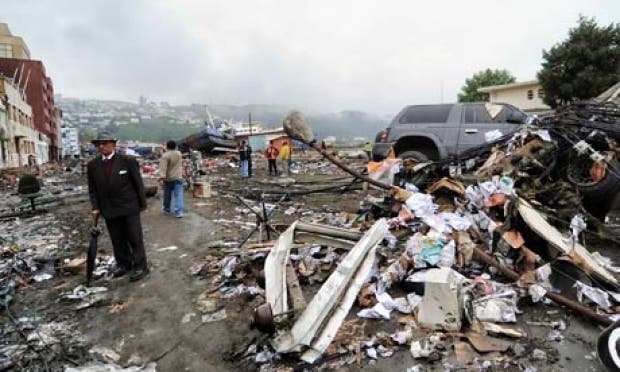 Damage in Chile. Image via The Malay Mail.

Chile, a country used to strong earthquakes, reacted promptly and evacuated over a million people from the 2,400 miles (3,900 kilometers) coast of Chile’s Pacific shore.

Some adobe houses have also collapsed in Illapel, and there is no thorough estimation at the moment. In the city of Coquimbo, mayor Cristian Galleguillos said the city was starting to see flooding and 95% of the city had lost electrical power. All the inhabitants were evacuated before the waves hit the city. Pictures from a nearby mall showed significant destruction. 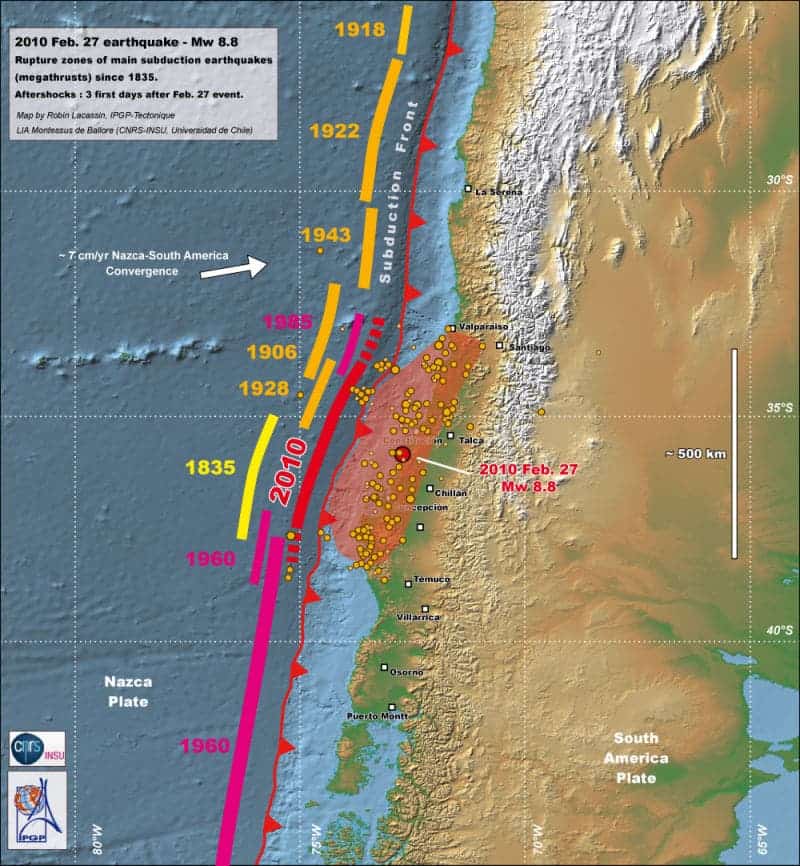 According to a preliminary assessment from the U.S. Geological Survey, the earthquake’s epicenter was about 54 kilometers (34 miles) west of Illapel; the temblor occurred as the result of thrust faulting on the interface between the Nazca and South America plates in Central Chile. Chile has a long history of massive earthquakes, including the 2010 8.8 earthquake which ruptured a ~400 km long section of the plate boundary.

Most of the large earthquakes in South America (and especially in Chile) occur close to the surface, of depths smaller than 20 km; they are the result of both crustal and inter-tectonic plate deformation. The South American arc extends over 7,000 km, from the Chilean margin triple junction offshore of southern Chile to the offshore areas of Panama. Since 1900, numerous massive earthquakes have been recorded on this subduction zone, often followed by devastating tsunamis. The largest earthquake ever recorded, the 1960 M9.5 earthquake was also recorded in the Chile area.