The differences between magma and lava can be both subtle and complex, but to put it simply, we call it magma when it is beneath the ground (hasn’t erupted), and lava after it erupts. 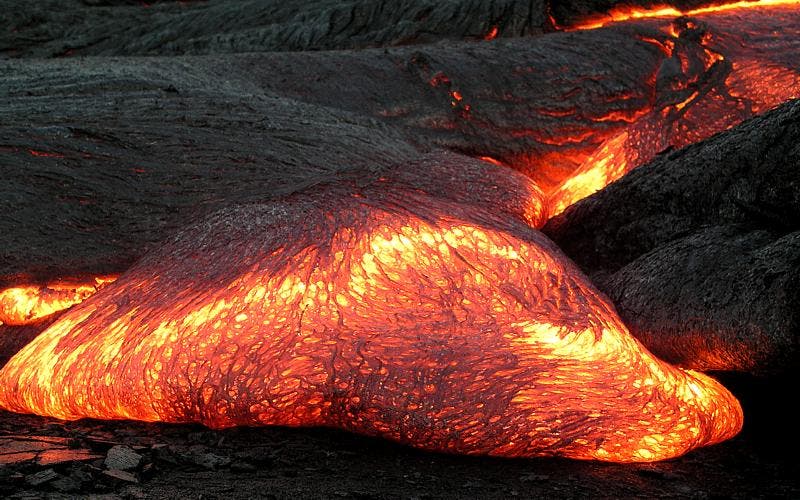 Magma is a complex mixture of molten rock (or part molten). Aside from the minerals, magma can also contain suspended crystals, water, carbon monoxide or other gas bubbles.

Magma forms tens of kilometers beneath the surface, in the mantle or deep in the surface, where the temperature and pressure are high enough to power its formation. Magma is commonly formed in subduction zones, continental rift areas, mid-ocean ridges and hotspots.

Magma develops and accumulates in areas called magma chambers, and can migrate towards the surface when it is less dense than the surrounding rocks. However, if it starts to rise, it encounters lower and lower temperatures, where it may start to solidify – and it often does, even before it reaches the surface.

However, if it does reach the surface, then it can accumulate in a chamber closer to the surface, create a volcano, and erupt towards the surface, where it becomes – you’ve guessed it – lava. 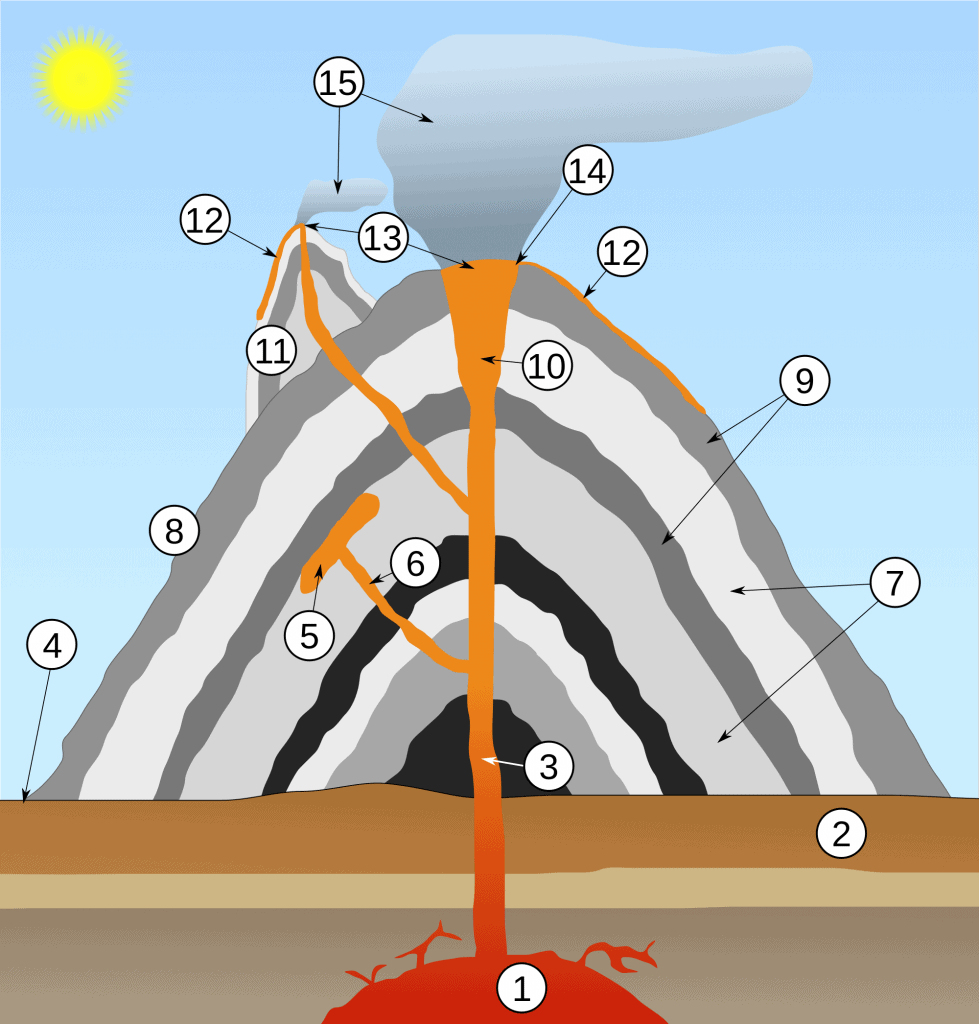 Cross-section through a stratovolcano showing how the magma can migrate from the magma chamber (1) to the surface, through a volcano.

It’s not like something fundamental changes when the magma reaches the surface – it’s more a naming thing than a physics. What is different however is that magma generally sits in hot chambers, and when it reaches the surface and becomes lava, it quickly solidifies due to the much lower temperatures.

Technically, lava is any molten rock expelled by a volcano in any way. But the rocks formed immediately through cooling is also called lava, which can be a little bit confusing. To make things even worse, a moving, outpouring of lava is called a lava flow – but that’s often shortened to lava as well. Most often though, we refer to lava as a singular flow or eruption.

There are several types of lava, depending on the chemical composition, temperature, and other particularities, but describing them goes beyond the purpose of this article. Just like magma, it is made up of crystals, volcanic glass, and bubbles (volcanic gasses). However, when it cools down, it starts to solidify and crystals start to form. The slower it cools down (the slower it migrates towards the surface), the bigger the crystals. If it erupts fast and violently, no crystals can form because there’s not enough time for the matter to crystallize in an ordered fashion.

The difference between lava and magma

The deeper you get into geology, the more complex this question actually becomes. But unless you want to get your hands really dirty, just call it magma when it’s beneath the ground, and lava when it erupts. Lava is the extrusive equivalent of magma.

2 thoughts on “The difference between lava and magma”