Curiosity’s drilling instrument has gathered two samples from a Martian soil unit geologists called the “clay-bearing” unit. Worthy of its name, the unit turned out to contain a substantial amount of clay — a mineral typically formed in the presence of water. 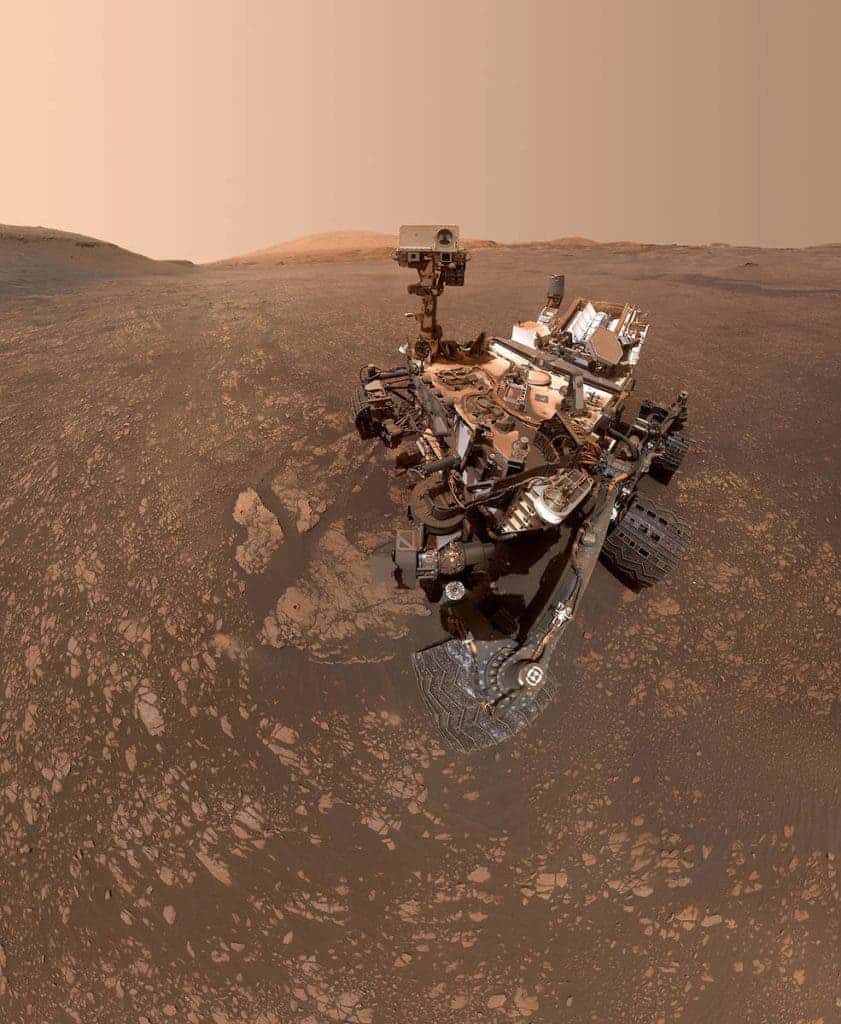 The rover snapped this selfie after gathering the samples. To the lower-left of the rover are its two recent drill holes, at targets called “Aberlady” and “Kilmarie.” Image credits: NASA/JPL-Caltech/MSSS.

Although the Curiosity Rover was expected to run for two years, it’s still providing valuable information now, seven years after its landing in 2012. The rover is currently located on the side of lower Mount Sharp, in an area that drew the attention of NASA scientists even before Curiosity landed on Mars because it seemed to contain quite a lot of clay. Prosaically, they called it the “clay-bearing unit“.

However, prosaic or not, the name was very accurate. Curiosity harvested two small drills in the area, using its CheMin instrument (Chemistry and Mineralogy) to confirm that the unit has the highest amounts of clay minerals ever found on Mars.

This animation shows the initial proposed route for NASA’s Curiosity rover on Mount Sharp on Mars. The annotated version of the map labels different regions that scientists working with the rover would like to explore in the coming years. Image credits: NASA/JPL-Caltech/ESA/University of Arizona/JHUAPL/MSSS/USGS Astrogeology Science Center.

This strongly suggests that this area on Mount Sharp contained significant amounts of water. Clays typically form over long periods of time, through a process of weathering and accumulation of diluted solvents. Judging by the appearance and chemistry of this clay (which also includes very small amounts of hematite, an iron oxide that was abundant in the vicinity of the clay-bearing unit), it seems that these rocks formed as layers of mud in ancient lakes.

It’s not the first time Curiosity has found traces of ancient water on Mars. Time and time again, the rover has confirmed that water once flowed on Mars, sparking a heated debate about the possibility of microbial life on the Red Planet. Unfortunately, Curiosity is not well-equipped to look for signs of life so for now, that will remain a matter of speculation.

After the analysis, the rover took a well-deserved rest, taking advantage of the moment using its black-and-white Navigation Cameras (Navcams) to snap images of drifting Martian clouds. NASA believes these are likely water-ice clouds — so Curiosity is not only finding water beneath the ground — it’s also finding it in the sky.