Geologists are getting an unprecedented glimpse into the asteroid that wiped out the dinosaurs and much of life on Earth 65 million years ago. 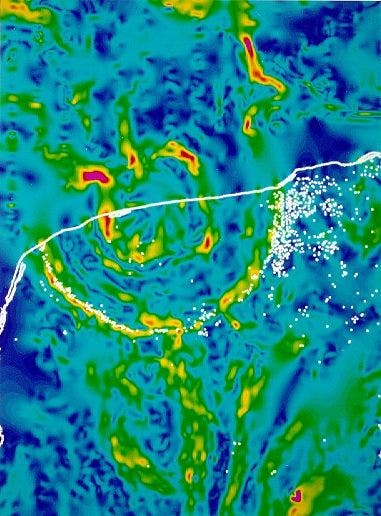 Gravity anomaly map of the Chicxulub impact structure. The coastline is shown as a white line. Image by USGS.

When two geophysicists discovered a huge crater in the Yucatán Peninsula in Mexico in the late 70s, the entire geologic world was thrilled. The date of the crater coincided precisely with the Cretaceous–Paleogene boundary which marks the end of the Mesozoic. It also offered a great explanation to the massive extinction which occurred at that boundary. But for all the answers it offered, Chicxulub posed even more questions.

The crater is over 180 km (110 miles) in diameter, located next to the village of Chicxulub in Yucatan. We have a pretty good idea of the accuracy, as well as the diameter and the energy released. There’s also a strong case regarding the impact the meteorite impact had on life on Earth – it basically wiped out a large part of it. But how, exactly? Why did some creatures survive and others didn’t? How did life bounce back after it? And perhaps more importantly, what can we learn from it in regards to our current situation?

Those are all questions scientists would like to answer, but in order for that, they need to take core samples from the crater – and that’s deep underground, offshore. Chicxulub is the only known Earth crater with a remaining impact peak ring, but it is under 600 m (2,000 ft) of sediment. The drilling machine already pushed 1,335m below the modern sea floor and now, for the first time, researchers are getting real samples straight from the crater. 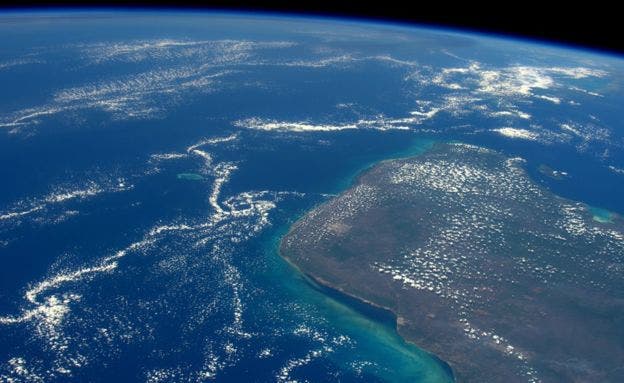 “They’re very strange rocks,” explained Prof Jo Morgan, who is involved in the study. “The rocks have formed this feature: it’s called a ‘peak ring’. They’re very, very highly… what we call ‘shocked’. Shock pressures of many tens of gigapascals have deformed the rocks. They’re also highly fractured, and have moved long distances. So, even though they’re made of granite-type rocks, they’re amazingly different to anything else we see in the world.”

The international project has already acquired the hundreds of metres it drilled from beneath the Gulf floor earlier this year to the MARUM Center for Marine Environmental Sciences, at the University of Bremen, Germany. Rock analysis ios a long-term endeavor, but Prof Sean Gulick, from the University of Texas, US, one of the two chief scientists involved, has shared some of his initial thoughts:

“We’ve been able to examine that first 10,000 years after the impact, which is dominated by what we call ‘disaster species’ – dominated by the organisms that love stressed environments. And then we can see evolution coming back in [during] the next few hundred thousands years after that,” he told BBC News.

The ‘disaster species’ he’s referring to are basically small plankton invading the pore spaces and cracks in and around the crater. As they analyze more and more what happened after the impact, we’ll get a clearer picture of life’s re-emergence in the area.

“We’ve got some cell counts and some DNA, but it’s all very early days; we’re very concerned about contamination,” Prof Morgan added. “But the signs are that, yes, this crater was occupied soon after the impact.”

7 thoughts on “Scientists zoom into Chicxulub, the “dinosaur crater””