Paget’s bone disease is the second most common bone disorder, after osteoporosis. Now, a new study finds that it has been around since the early days of the Permian, some 289 million years ago. 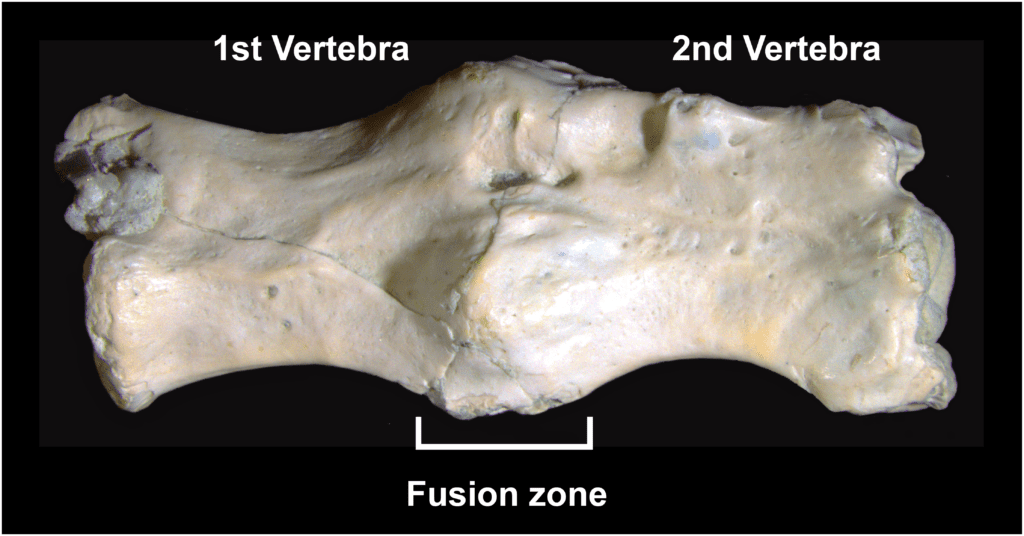 Susceptibility to this type of disease may extend back to the Early Permian. Image credits: Yara Haridy/Museum für Naturekunde, Berlin.

Almost 300 million years ago, a lizard-like animal was walking through what is now a cave in Richards Spur, Oklahoma. The animal belonged to an extinct group of creatures called varanopids — relatives of the earliest ancestors of mammals and reptiles.

Paleontologists led by Yara Haridy of the Museum für Naturkunde in Berlin found an isolated pair of tail vertebrae belonging to the animal. They examined it using micro-CT scanning, analyzing both the internal and external structure of the elements. In some areas, they found that the bone had been thinned, while in others, there was excessive bone growth, culminating in the fusion of the two vertebrae.

This is very similar to Paget’s disease, researchers say. In this condition, the body’s bone recycling process starts to malfunction. The main symptom of the disease is an excessive bone breakdown and subsequent disorganized new bone formation. This causes a weakening of the bones, which is manifested through pain and increased injury risk. The cause of the disease, however, remains unknown.

Paget’s disease has been diagnosed in humans as well as other animals, both mammals and reptiles. It’s even been diagnosed in an early Jurassic fossil. However, this is the oldest evidence ever found of the disease.

After conducting the scans, researchers conducted a differential diagnosis on the results. They mostly ruled out other conditions which could have caused the observed defects, and pretty much confirmed a condition similar to Paget’s. However, given the lack of a more complete skeleton, it’s hard to say just how widespread the disease was.

It’s also hard to say how the condition affected the animal. In humans, it’s often asymptomatic and doesn’t cause significant pain. If the disease wasn’t widespread for the varanopids, it probably wouldn’t have affected it in any significant way. However, if it was, then it would have conceivably caused some stiffness and pain.

“This enigmatic disease is still not well understood in humans, however finding something similar in an ancient animal likely links it to something deep in our bone biology. This study is a great example of how when palaeontologists have well preserved fossils we can tell a lot more than just what animals were present, we can explore their biology, physiology and even what diseases ailed them!”