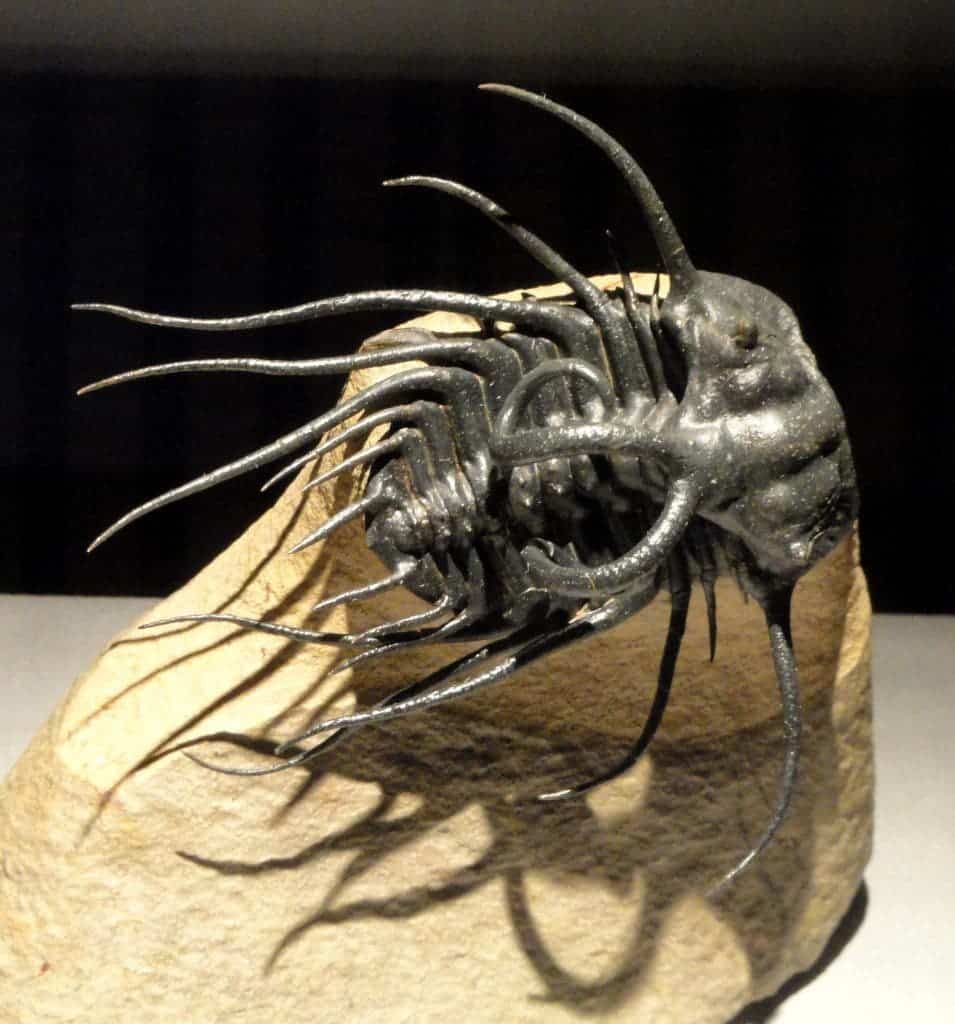 When a species almost one hundred times bigger than you, who has access to nukes and can go to space, discovers your remains a few million years after you die and still decides to call you “monstrosus” you must be doing something very right survival-wise. Dicranurus (meaning “twin headtail”) was a genus of trilobites that lived in the lower Devonian, some 419 to 393 million years ago in a shallow sea, corresponding to today’s Oklahoma and Morocco.

The fossil you see here belongs to species known as Dicranurus monstrosus and for good reason – living in a time when fish started evolving solid jaws and took to preying upon trilobites, Dicranurus‘ answer was to go full out and grow 18 pairs of spikes to deter predators from any direction. The most impressive pair were the occipital spines on the animal’s head, the ones that resemble ram’s horns, for which the genus gets its name.

This specimen was found in Morocco and is currently housed at the Huston Museum of Natural Science.