New research suggests that Europa’s icy shell may exhibit tectonic systems similar to those on Earth. This would have major implications for live developing on the moon. 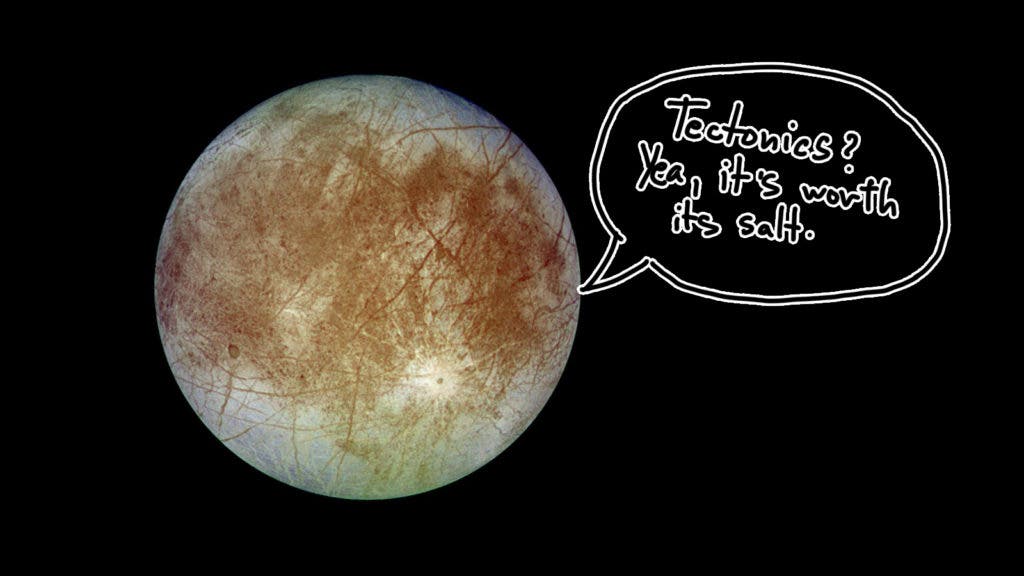 A team of Brown University researchers used computer modeling to show that subduction — the “sinking” of tectonic plates — is physically possible on Jupiter’s freezing moon, Europa. The result support earlier work that identified regions on the moon’s ice shell which seem to be expanding in a fashion similar to what we see down here on Earth. Overall, the study fleshes our understanding of tectonic processes in general, those on Europa in particular, and raises some very exciting possibilities regarding life in its undersurface waters.

Tectonics on the rocks

“What we show is that under reasonable assumptions for conditions on Europa, subduction could be happening there as well, which is really exciting,” says Brandon Johnson, assistant professor in Brown’s Department of Earth, Environmental and Planetary Sciences and a lead author of the study.

We’ve found several different types of tectonic systems in the solar system, from Venus’ hickey-like coronae to Mercury’s contraction-powered tectonics. Back down on our own plastic-laden corner of the Universe, subduction is powered chiefly by differences in temperature. The crust, Earth’s outer layer, is formed of plates floating on top of the mantle (an ocean of fluid, molten rock). Being solid and cold, these plates are denser than the material in the mantle — this bulk provides the negative buoyancy that pulls crustal slabs into the mantle.

A few years ago, Europa was also shown to maintain its own tectonic processes. Despite having an icy, rather than rocky, crust, there was evidence that processes very similar to Earth’s subduction were going on. But we didn’t have any idea why. We have reason to believe that the moon’s interior is kept warm by the gravitational tug of its massive host, Jupiter. This means that Europa’s ice shell is made up of two layers, Johnson says — a thin outer cover of very cold ice sitting atop a slightly warmer, convecting layer. So the working hypothesis was that surface slabs would break off and sink through the mushy ice below. 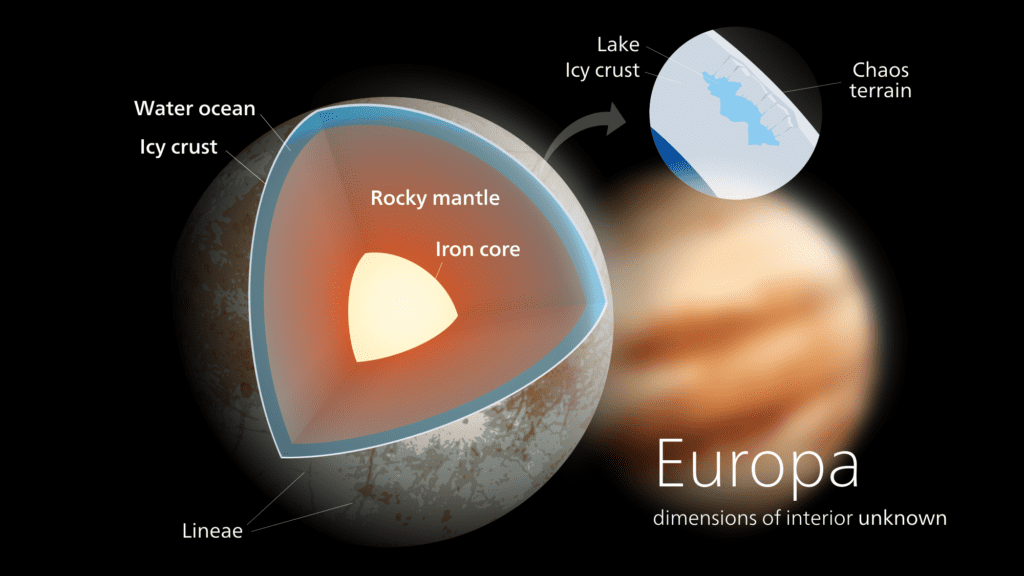 There is one major hiccup with that hypothesis, however: as the slabs pushed down into the warmer ice below, they would quickly warm to match its temperature. When that happened, the slab would have the same density of the surrounding ice — so they wouldn’t sink.

Johnson and his team developed a subduction model that could be maintained across Europa regardless of these temperature differences. What they used is salt. A difference in salinity between the two ice layers would provide the density gap needed for a slab to subduct.

“Adding salt to an ice slab would be like adding little weights to it because salt is denser than ice,” he explains. “So rather than temperature, we show that differences in the salt content of the ice could enable subduction to happen on Europa.”

Evidence in support of a salinity difference in Europa’s layers come from the moon’s occasional water upwellings — a process similar to magma upwellings here on Earth. Such events leave behind salty traces on the crust. 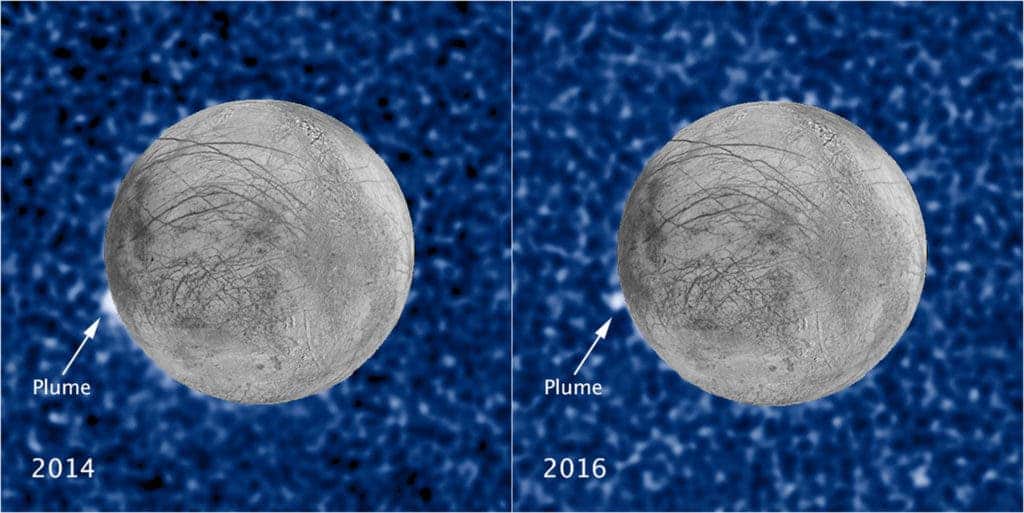 The results help patch up our understanding of Europa’s tectonics and help us get a better understanding of how Earth’s tectonic processes work. It also bolsters the case for a habitable(-ish, at least) ocean on the moon by pointing to an undersurface ocean that’s dynamic enough to sustain tectonics.

Perhaps most excitedly, it teases with the possibility of organisms eeking out a living below the frozen surface.

“If indeed there’s life in that ocean, subduction offers a way to supply the nutrients it would need,” Johnson adds.

So what do tectonic processes have to do with life? Well, life (as we understand it) needs a lot of different building blocks including hydrogen, oxygen, nitrogen, phosphorous, and sulfur. These are usually found in ample supply in planets, but they’re not evenly spread around. Even worse, life consumes these basic nutrients wherever it happens to pop up.

Tectonics brings a lot of matter motility to the scene. By churning everything while sinking and moving about, tectonic plates make sure elements are recirculated vertically throughout a planetary system, ensuring there’s always something tasty for organisms to munch on when new plates form.

It’s by no means a “there’s life on Europa, you guys” find, but some important conditions are there. Which makes NASA’s upcoming mission to Europa just that much more exciting.

The paper “Porosity and salt content determine if subduction can occur in Europa’s ice shell” has been published in the Journal of Geophysical Research: Planets.