Researchers at Penn State University used a hybrid technology to produce electrical power at the transition zone from seawater to freshwater on coasts. It relies on the difference in saline concentration between the two water mediums to generate power. The team estimates the locked energy potential in such a medium is enough to meet 40% of the world’s electricity demand. 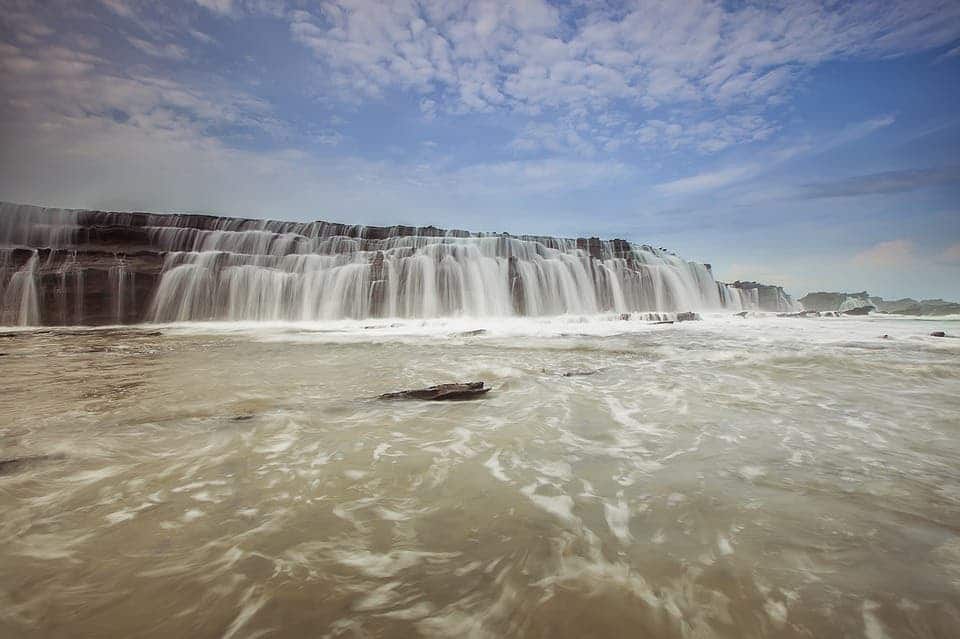 The method could supply 40% of the world’s electricity needs. Credit: Pixabay.

Making electricity from varying saline concentrations in water or a saline gradient isn’t exactly a new idea. In 1973, Prof. Sidney Loeb from Ben-Gurion University of the Negev, Israel, invented such a power generation method called pressure retarded osmosis (PRO). This technique selectively allows water to pass through a semi-permeable membrane littered with tiny holes but blocks salt. The resulting osmotic pressure is what generates power by driving a turbine.

Since Loeb introduced PRO, it has become the most common and best technology for generating energy from a saline energy gradient. The process can be run in reverse to desalinate saltwater too.

The problem with PRO, however, is that in time the transport membrane becomes unusable after bacteria congregate as biofilms on its surface or particles get stuck in the holes. Moreover, PRO isn’t very good when the water is super-salty.

Then there’s reverse electrodialysis (RED), which was invented by the same Prof. Loeb in 1977. RED uses an electrochemical gradient instead of a difference in the electric field to develop voltages across ion-exchange membranes. These membranes only allow either positively charged or negatively charged ions to pass through them. Essentially, the difference in ion concentration between either chloride or sodium ions is what drives power generation. Unlike PRO, the ion-exchange membranes in RED do not require water to flow through them so there’s no fouling risk. The downside is that RED isn’t capable of generating large amounts of power.

Inside the flow cell, there are two channels separated by an anion-exchange membrane. Inside each of the two channels, the researchers placed a copper hexacyanoferrate electrode with a graphite foil acting as a current collector. The cell is completely sealed by two end plates with nuts and bolts.

“By combining the two methods, they end up giving you a lot more energy,” said Christopher Gorski, assistant professor in environmental engineering at Penn State.

During experiments, the team varied the type of membrane used as well as the salinity difference and recorded the open-circuit cell voltages while two solutions were fed at a rate of 15 milliliters per minute. This is how they learned that:

“What we’ve shown is that we can bring that power density up to what people have reported for pressure retarded osmosis and to a value much higher than what has been reported if you use these two processes alone,” Gorski said.

In a time where solar and wind are growing rapidly to the point they’re becoming recognized as ‘mainstream’ as opposed to ‘alternative’, it’s refreshing to hear about other, novel means of generating renewable energy. In the face of climate change and growing demand for energy, there is never one solution to our problems but a mix.

“Pursuing renewable energy sources is important,” Gorski said. “If we can do carbon neutral energy, we should.”