MIT and Arizona State University researchers are hot on the heels of the Universe’s first stars: they’ve traced the faint signals of hydrogen gas energized by stellar radiation just 180 million years after the Big Bang. 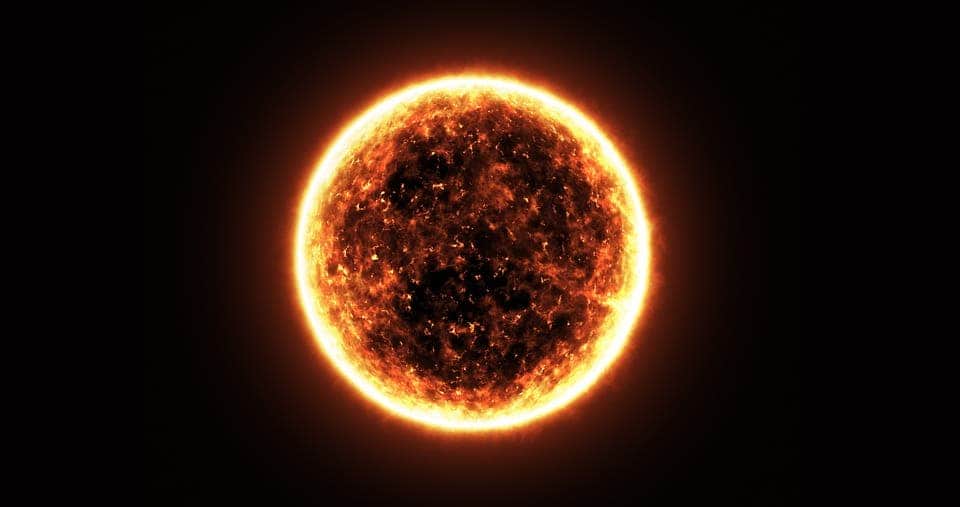 Where does everything come from? That’s one of the questions people have been burning to answer since times immemorial. It’s a hugely complicated question, but science can offer some bits and pieces to start cobbling the answer together. A paper published today by MIT and Arizona State University researchers uncovered a fundamental one such piece: the earliest evidence of hydrogen gas and the earliest evidence of stars igniting that we’ve ever seen.

The gas from whence we came

Using a table-sized radio antenna plopped down in a remote part of western Australia, dubbed EDGES (Experiment to Detect Global EoR Signature), the team managed to pick up trace signals generated by hydrogen gas, just 180 million years after the Big Bang. This is the earliest evidence we’ve ever seen for the presence of hydrogen in the early universe — a very important find, considering hydrogen is the simplest, and thus first, atom out there. The team was also able to determine that by this time, the gas bore traces of the first stars in the world.

“This is the first real signal that stars are starting to form, and starting to affect the medium around them,” says study co-author Alan Rogers, a scientist at MIT’s Haystack Observatory.

“What’s happening in this period is that some of the radiation from the very first stars is starting to allow hydrogen to be seen. It’s causing hydrogen to start absorbing the background radiation, so you start seeing it in silhouette, at particular radio frequencies.”

The EDGES instrument was designed to pick up radio signals generated during a time in the universe’s history known as the Epoch of Reionization, or EoR. It’s during this time that we think the first sources of light (such as stars) sprang up in the world, from a sort of cosmic primordial soup made up mostly of hydrogen gas. Not much else was happening before this time, mostly due to a lack of energy to change objects in the universe: hydrogen, for example, was virtually invisible, as its energy state made it indistinguishable from the surrounding cosmic background radiation. 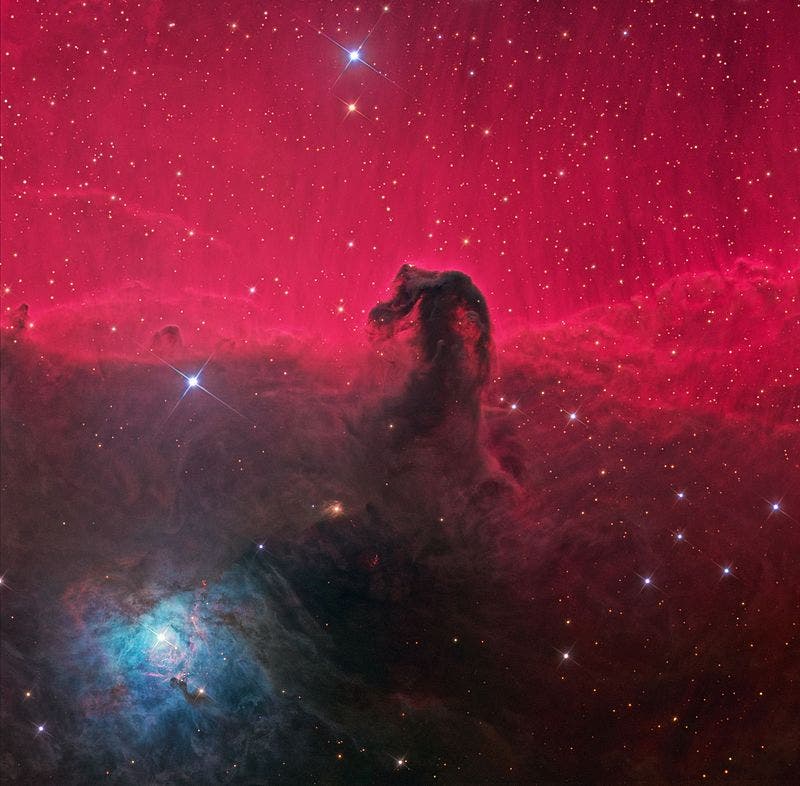 But the birth of these sources of light and energy ionized the hydrogen gas, changing its energy state, and making it release energy as radio waves — and that’s exactly what EDGES was designed to pick up.

However, not all went according to plan. When the team looked at the frequency range the antenna was designed to pick up, between 100 to 200 megahertz, they hardly picked up any signal.

One explanation they came up with is that the theoretical models which we used to calculate what emissions this early hydrogen would give off overestimated the gas’ temperature. So they re-crunched the numbers, this time assuming that the hydrogen and its environment were at about the same, lower temperature. They decided their best bet was to search the 50 to 100 megahertz frequency range, so they returned their antenna and flipped the switch again.

“As soon as we switched our system to this lower range, we started seeing things that we felt might be a real signature,” Rogers says.

The device picked up a flattened absorption profile (i.e. a dip in the radio wave-spectrum) centered around 78 megahertz. Rogers adds that the frequency corresponds to “roughly 180 million years after the Big Bang”, adding that “this has got to be the earliest” detection of a signal from hydrogen we yet have. To put things into perspective, we know that the universe is at least 11 billion years old, and most estimates place its age upwards of 13.5 billion years.

The radio profile matches theoretical predictions of a star-hydrogen interaction. These early stellar bodies poured ultraviolet radiation out into the void, ionizing any surrounding body of hydrogen. As a result, the gas began to absorb background radiation, which changed the spin on its single electron. Ultimately, this change made the atoms emit, rather than absorb, radiation, at a characteristic wavelength of 21 centimeters, or a frequency of 1,420 megahertz — becoming, in effect, ‘visible’ for the first time.

Red-shift affected these waves, so by the time it reached present-day Earth, it was somewhere in the range of 100 megahertz.

But the dip in the radio spectrum was also stronger and deeper than the models predicted — suggesting that the hydrogen was indeed colder than previously assumed. The team estimates that the hydrogen gas and the universe as a whole must have been twice as cold as previously estimated, at about 3 kelvins, or -270.15 degrees Celsius / -454 degrees Fahrenheit.

The edges of discovery 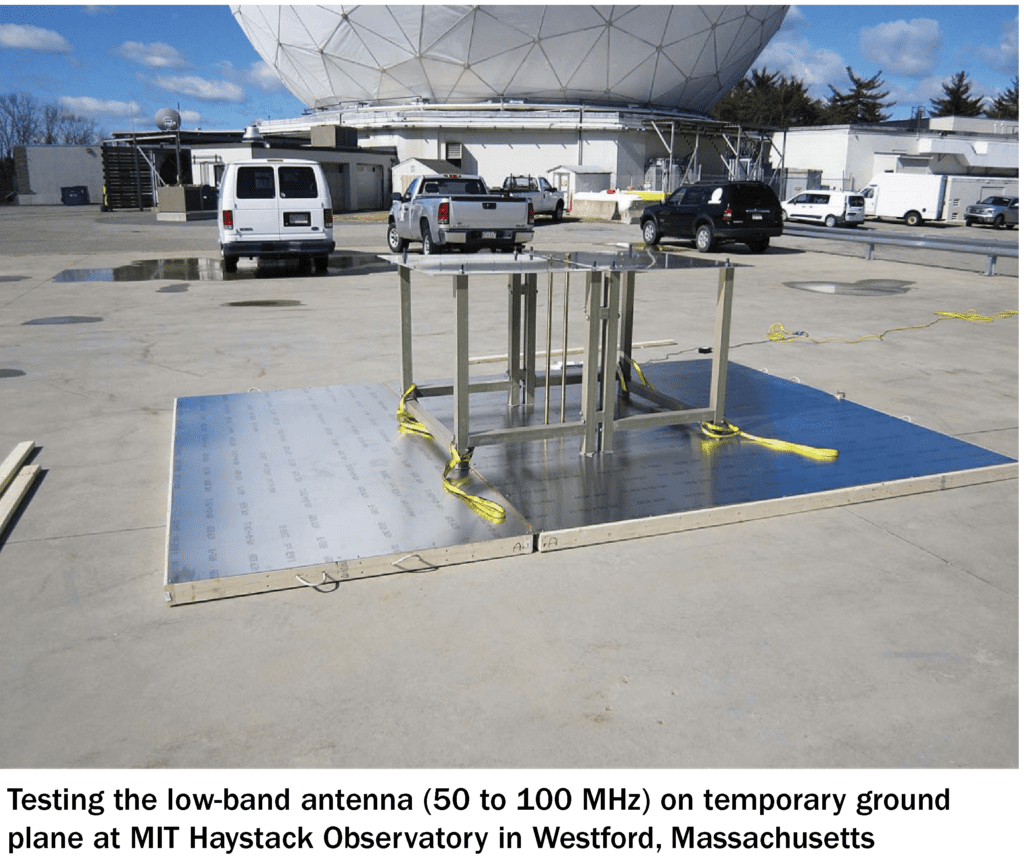 The research is likely the best window we’ll have into the universe’s early history for a long time to come. It took an incredible scientific effort to obtain these results. It took years of hard work for engineers and scientists to design, re-design, and re-calibrate the EDGES instrument to even have a hope of picking up on these signals. Peter Kurczynski, program director for Advanced Technologies and Instrumentation in the Division of Astronomical Sciences at the National Science Foundation, the organization that built EDGES, compares it to “being in the middle of a hurricane and trying to hear the flap of a hummingbird’s wing.”

“Sources of noise can be a thousand times brighter than the signal they are looking for,” he explains.

It was built in the middle of Australia’s nowhere (which has to be at least nowhere squared) because it was the most remote place they could get to — and that limited interference from man-made radio signals, which would easily overpower any of the signals the antenna was designed to pick up on.

“It is unlikely that we’ll be able to see any earlier into the history of stars in our lifetimes,” lead author Judd Bowman of ASU says. “This project shows that a promising new technique can work and has paved the way for decades of new astrophysical discoveries.”

It’s also the first actual glimpse we get into this period of the universe, a particularly important one — these were, after all, the universe’s early days. The foundation of everything we see today was laid down during that Epoch.

The paper, “An absorption profile centred at 78 megahertz in the sky-averaged spectrum” has been published in the journal Nature.