The Nevada Institute for Autonomous Systems has granted permission to Chinese drone company EHang to test its on-demand, passenger-carrying aerial vehicle inside state boundaries. This marks the first time a passenger-carrying drone has ever been tested anywhere in the United States.

Chinese company EHang received testing rights for its EHang 184 model inside the state of Nevada on Monday, the Las Vegas Review-Journal reports. The vehicle is an autonomous human sized drone, which EHang was very happy to hail as the future of personal transport at the CES 2016 conference in Las Vegas. The company already produces a consumer model known as the “Ghost Drone,” which lead some to believe that the 184 is more of a marketing tool for their regular product.

Well, the vehicle certainly is eye-catching. 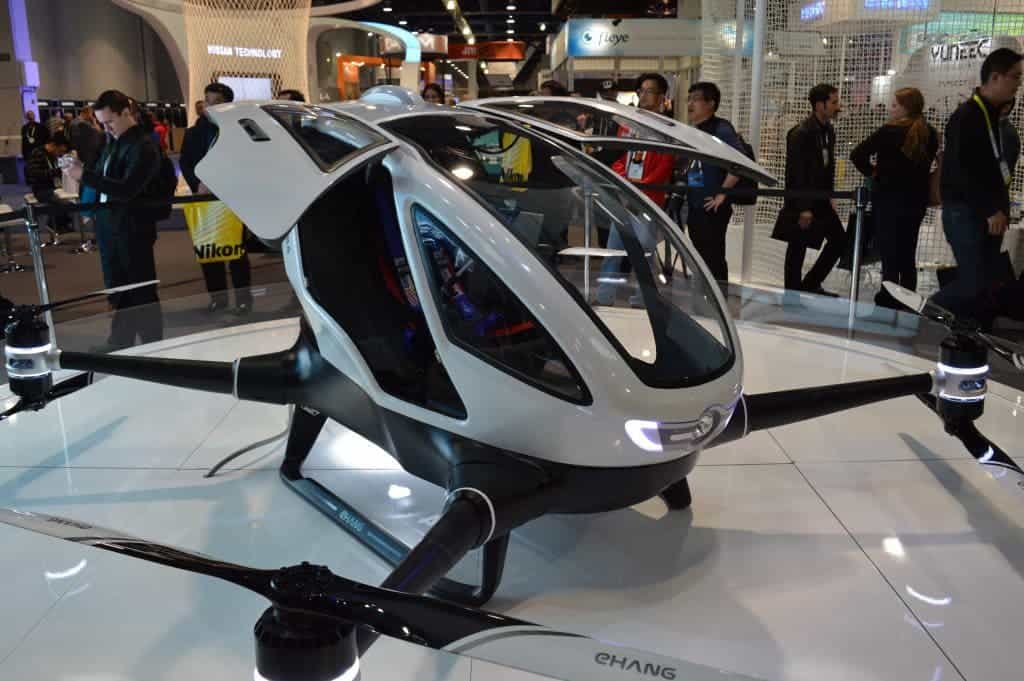 EHang 184 being presented at CES 2016.
Image via techcrunch

The press kit described the drone as “about four-and-a-half feet tall, weighs 440 pounds, and will be able to carry a single passenger for 23 minutes at a speed of 60 MPH. The 184 also has gull-wing doors and arms that fold up.” They also have a pretty cool video showing the drone in flight and its development process.

So does it have any merit on its own, or is it just a shiny “look at me” lure for the company’s staple Ghost Drone? We’ll have to wait for the test results, planned for later this year, to find out. But there is a lot of excitement at Nevada Institute for Autonomous Systems (NIAS) for the testing.

“We will help them submit necessary test results and reports to the FAA and all that kind of stuff,” Mark Barker, the institute’s director, told the Las Vegas Review-Journal.

There’s a lot hanging on the outcome of these tests — alongside smart cars, autonomous flying vehicles like the 184 and Ghost Drone could very well be the future of transport. And possibly, the future of getting frisky.