Will widespread use of smart cars make roads safer or actually more dangerous? One Canadian expert is raising concerns that as automated systems take up the bulk of navigating tasks, drivers will keep their hands less on the driving wheel…and more on the person (persons?) next to them. 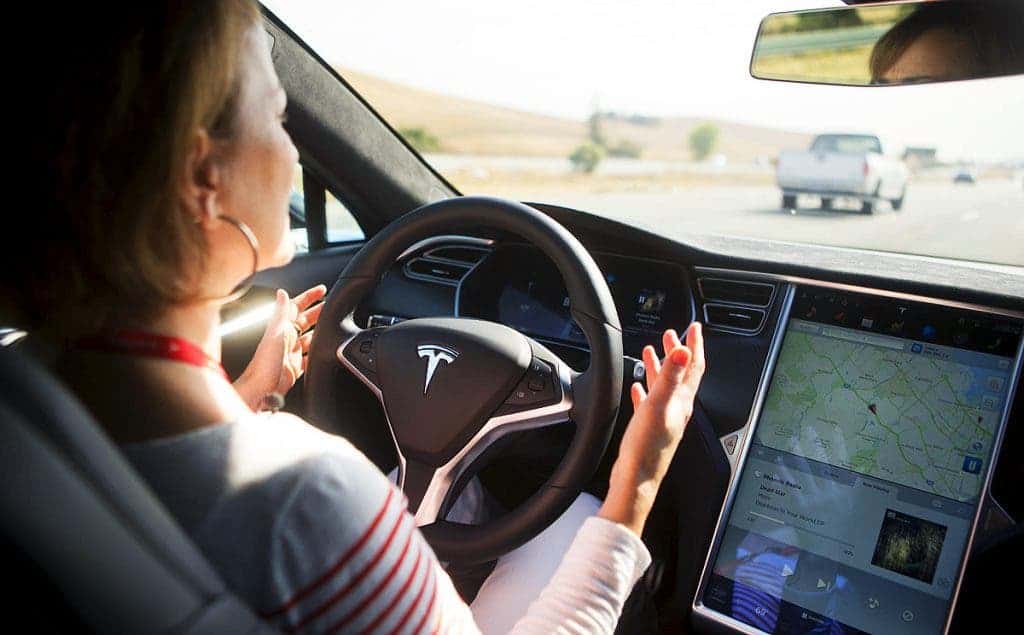 Drop whatever you were doing and rejoice because science has delivered.

“I am predicting that, once computers are doing the driving, there will be a lot more sex in cars,” said Barrie Kirk of the Canadian Automated Vehicles Centre of Excellence.

It truly is a wonderful time to be alive. But, before we go about congratulating and patting each other on the back in satisfaction, is this a good thing? I mean beyond the obvious fact that we all like to get it on.

There is legitimate concern around this question, not because of the cars themselves but because of the drivers. I see people texting or talking on the phone at the wheel — and these aren’t particularly enjoyable activities — every day, driving regular vehicles without any computers to watch the road for them. But if people trust their cars enough to handle themselves in traffic, they’ll throw their phones along with their pants on the back seat before you can say “responsible driving practices.”

“That’s one of several things people will do which will inhibit their ability to respond quickly when the computer says to the human, ‘Take over.'”

Canadian Press obtained several federal emails discussing Tesla’s self-driving cars under the Access to Information Act. In them, officials tasked with constructing the legislative framework for autonomous cars took up the issue in the briefing notes compiled for Transport Minister Marc Garneau after his appointment last fall.

“The issue of the attentive driver is … problematic,” one such email reads. “Drivers tend to overestimate the performance of automation and will naturally turn their focus away from the road when they turn on their auto-pilot.”

The emails cite several pieces of footage showing Tesla drivers doing anything else than paying attention to the road, such as reading a newspaper for example. Other videos show Tesla owners recording flaws in how the car’s autopilot system reacts to changes in road markings.

Therein lies the problem: Tesla itself made it clear that the autopilot system only has limited autonomy and functionality. It’s designed to work in tandem with a human, not to replace him. And people still behave like it’s their personal chauffeur. Transport Canada tested several semi-autonomous vehicles, such as Mercedes’ C-Class or the Infiniti Q50 (but not the Tesla so far,) the documents go on to detail. While they found the systems efficient at what they do, the technology is still in its infancy.

“It really needs to be emphasized that these vehicles are not truly self-driving,” officials said. They predicted that fully-autonomous cars and trucks are “still a few years away.”

Current vehicle safety standards don’t prohibit driverless cars from zooming on Canada’s roadways, and the country is now considering how to regulate such vehicles.

“But last month’s federal budget included money for Transport Canada to develop regulations around automated vehicle design. Those regulations, at least initially, would require that the vehicles are equipped with a ‘failsafe mechanism that can respond to situations when the driver is not available,'” CBC writes. “Ontario also set out some regulations, including a requirement that an expert in autonomous vehicles be in the driver’s seat and able to assume full control at a moment’s notice.”

The “failsafe mechanism” basically means that the car should be able to safely get out of traffic until a human assumes control — and that should be at the center of how we handle this I think. Because that “expert in autonomous vehicles,ready at a moment’s notice” part? I think that’s wishful thinking.

The whole point of having autonomous cars is that no driver is required, and people won’t be willing to wait, clutching the wheel, on the off chance they’re needed. It’s got to go all the way, or at least allow for a window of time in which the driver can analyze the situation, plan his movements and assume control. Assuming that a driver who may not have been paying attention to his or her surroundings can control a vehicle right off the bat is a tall order however, Kirk believes.

“People will not be able to respond in time.”

It’s a good thing that we come face to face with these issues now, before autonomous vehicles truly hit the roads. But they just aren’t here yet, so you’ll have to keep your eyes on the road until they do. And yes, your hands on the wheel, too.