A news study found that men show shifts in behavior from mating-oriented to parent-oriented while their partners’ pregnancy develops. These changes are determined by changes in testosterone levels across pregnancy and hormonal linkage with their partner. 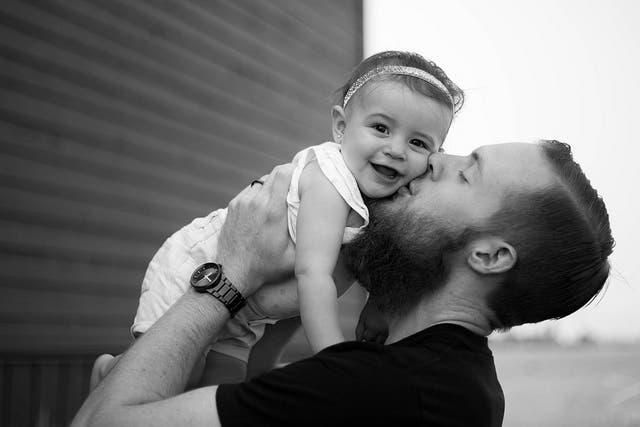 It’s almost hard to imagine that every caring dad was once a skirt-chasing ball of hormones — but it’s true. Somewhere along their transition to parenthood, biology puts a stop to men’s carefree days of sowing wild oats and turns their attention towards nurturing children. This is a very solid strategy from an evolutionary point of view, but we didn’t know exactly how it happened.

A new study found that the answer may be testosterone. While high levels of this androgenic steroid hormone have been associated with aggression and competitive behavior, lower levels promote nurturing behaviors, particularly those related to caring for offspring.

Previous studies show that fathers who are in a relationship and are more involved with children’s care show lower testosterone levels that men who don’t have children. Lower levels of salivary testosterone have also been tied to higher self-reported levels of relationship satisfaction and commitment, a lower interest in sex outside of marriage and a lower chance of divorce. So it would seem that a father’s decrease in testosterone levels during the transition to parenthood leads him from exploring new mating opportunities towards investment into the current relationship and caring for offspring.

Led by Darby Saxbe of the University of Southern California, the study followed 27 couples expecting their first child during pregnancy and first few months after birth. The parents’ testosterone levels were measured during this pregnancy, and participants rated their investment, commitment, and satisfaction with their partner a few months after their child’s birth.

The team found that fathers showed significant declines in testosterone while the pregnancy progressed, and a significant positive correlation with the mother’s testosterone levels. A better correlation between the mother’s and father’s testosterone levels during pregnancy was associated with higher levels of father involvement after the child’s birth —  the degree of synchrony between the parents predicted the fathers’ investment, commitment, and satisfaction in the couple relationship.

Interestingly, they also found that testosterone levels before the birth of the child predicted the relationship outcomes after the birth, even after adjusting for fathers’ scores of investment early on in the pregnancy.

“The direction of our effects suggests that hormonal change and synchrony predict relationship investment, not the other way around; that is, relationship investment at the first prenatal assessment was not significantly associated with testosterone change or coordination with mothers,” concluded the authors.

The full paper, “Fathers’ Decline In Testosterone And Synchrony With Partner Testosterone During Pregnancy Predicts Greater Postpartum Relationship Investment” has been published in the journal Hormones and Behavior.