In the wake of the US’s announced withdrawal from the Paris agreement, California Governor Jerry Brown met with Chinese President Xi Jinping this week to cement green Sino-American economic and technological cooperation. 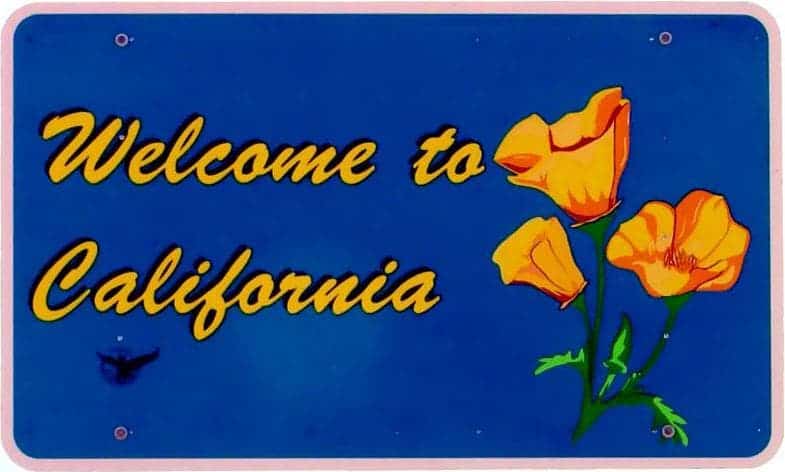 “Where the grass is green and the energy is greener.”
Image credits Tobias Müller.

Five days ago, President Trump split the US in two different sides. While one half welcomes Trump’s announced withdrawal from the Paris Agreement, there’s also mutiny a’brewing all over the country following the commander in chief’s decision. The very same day as the president was holding his speech, some 12 US states joined together under the United States Climate Alliance, which has pledged to meet or exceed the targets set under the Paris agreement. The mayors of over 200 cities have joined in, and six more states have expressed an interest in joining.

And at the forefront of this resistance movement is California’s Governor Jerry Brown, a vocal critic of several of President Trump’s policies who, in keeping with his state’s green streak of clean energy and climate stewardship, has taken it up the mantle of reason and common sense by furthering US climate action. Earlier this week, Gov. Brown met with Chinese President Xi Jinping to strengthen ties on clean technology between China and California.

While attending the 8th Clean Energy Ministerial (CEM8) in Beijing this week, Gov. Brown appeared alongside energy ministers from 24 countries and the EU. He reportedly signed several climate pacts with regional officials from the provinces of Jiangsu and Sichuan, met with several Chinese ministers, and hammered out a major agreement with the government to tighten Sino-Californian cooperation on renewable energy, zero-emission vehicles, and low-carbon cities. His delegation is scheduled to meet with some 75 more Chinese companies who have expressed an interest in working with California, so that list of partnerships is likely to grow longer still.

The impromptu climate envoy left no room for doubt in regards to his presence at the CEM8:

“The key to Paris was President Xi and President Obama meeting together,” the Los Angeles Times reports him saying earlier this week. “It’s up to President Xi to advance the ball. We want to stand behind him and make that possible.”

Brown’s presence made the polarizing effect climate change has in American culture glaringly apparent. Last Thursday, President Trump singled out China in his ‘leaving the Paris deal’ speech, blaming them for unfair play and conspiring to take away American jobs.

“They can do whatever they want in 13 years, not us,” he said. Which is of course not true.

And sadly it’s a gap that kept widening under the participants’ eyes, as Energy Secretary Rick Perry’s attendance to the Mission Innovation Ministerial on Tuesday and then at the CEM8 were marked by his advocating for the use of carbon capture, the benefits of fossil fuels, even going as far as to question the validity of climate science.

“I don’t even know why he’s there,” Orville Schell, director of the Center on U.S.-China Relations at the Asia Society, said in reference to Perry. “This is like taking the Antichrist into the cathedral.”

On their part, Chinese officials made it abundantly clear in regards to who has their ear. While there have so far been no reports of President Xi meeting with Energy Secretary Rick Perry, officials welcomed Brown with the full might of their diplomatic protocol. Mr. Xi, joined by his top foreign policy officials, met Brown in the Great Hall of the People in Beijing, where they had a closed-door meeting for 45 minutes and “discussed cap and trade and solar energy growth,” LA Times correspondent Jessica Meyers revealed in a tweet.

It is unusual for a Chinese president to meet with an American governor in such a formal setting in Beijing. Mr. Xi’s session with Mr. Brown was covered extensively by the government-controlled news media. The state broadcaster featured it as the second story on the evening news, after a segment on China’s ambitions in outer space,

A meeting between a Chinese president and a foreign governor in such a formal setting is very unusual, and as such Chinese state media reported on the encounter with a language usually reserved for visiting heads of state — lending a lot of weight behind the talks. The session was covered at length and was second only to a broadcast of China’s space program. And, while it did not mention the Paris accord or Mr. Trump, Gov. Brown said President Xi never criticized his American counterpart. The governor added that it was “very clear [President Xi] welcomes an increased role on the part of California” in China-US relations even though the state is, ultimately, a non-national government with limited power and wiggle room.

Still, Gov. Brown may be uniquely well-tailored to the task of mending US-Chinese relations according to Schell, who’s also a biographer of Brown. He has engaged with Chinese officials for some years now, and President Trump’s recent actions left a void both diplomatically as well as culturally with the Chinese, who hold good mannerisms and mutual respect in high regard.

“Trump blew everything up in the bilateral part of the climate relationship in Washington, which had become the keystone of the US-Sino relationship,” Schell says. “America is truly missing [from the world stage],” he adds.

“It’s an opportunity for the state of California to take up the slack where Washington has dropped the rope. [It’s] big enough, and brassy enough, and interesting enough to actually be able to pretend to act like a country.”

At the end of the day, however, California can lead the horse to water but not make it drink. No matter how strong its economy, the state doesn’t have the authority to direct foreign policy, have its own embassies, or make the same agreements as the federal government can. For all his work at mending America’s standing in the eyes of the world, Jerry Brown ultimately cannot make any official, binding agreements.