Chimpanzees stand out among other non-human species for their diverse behavior and culture. But, that may not keep true for long, as human activity is essentially destroying that culture, a new study reports. 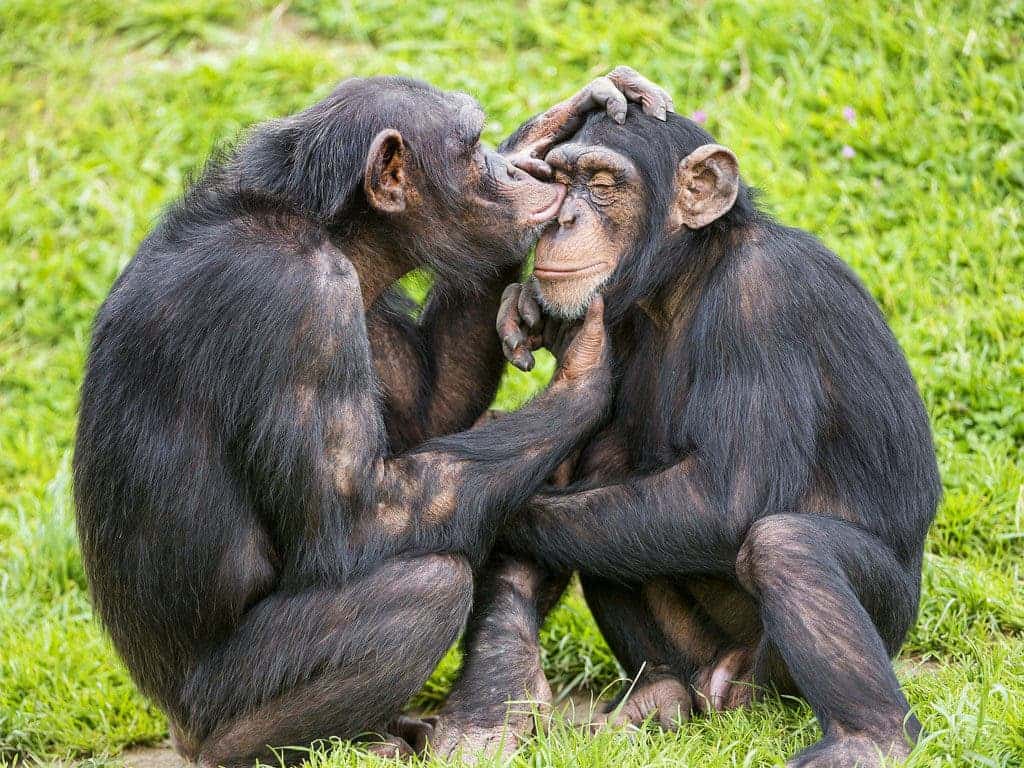 All great apes, chimpanzees (Pan troglodytes) included, are feeling immense pressure as a result of human activity destroying their habitats. Tropical rainforests and savannas (prime habitats for many of these species) are especially-taxed, as they’re being cleared away to make room for croplands, infrastructure, or real estate.

So, it’s not surprising that loss of wildlife is mostly looked at through the lens of biodiversity loss — the decline in the overall number of species or genetic diversity in an ecosystem. However, that’s only part of the picture, a new paper explains. We should also look to what toll our activities take on behavioral diversity in the wild, which is a rarely-looked-at facet of biodiversity.

How chimps are faring

The team, led by Hjalmar Kühl and Ammie Kalan of the Department of Primatology at the Max Planck Institute for Evolutionary Anthropology and the German Centre for Integrative Biodiversity Research (iDiv), worked with a dataset detailing the behavior of 31 chimpanzees from 144 different social groups or communities spread across the ape’s entire geographic range.

Part of this data was available from previous research, and the rest was recorded by the team at 46 locations over the last 9 years, as part of the Pan African Programme (not to be confused with the EU’s Pan-African Programme). The data focused mainly on extraction and consumption of termites, ants, algae, nuts, and honey, tool use, along with the use of stones, pools, and caves for shelter among several other factors. Such activities, the team writes, are passed down socially in chimpanzee communities and vary from group to group, essentially forming a ‘cultural’ background.

The occurence of each type of behavior was analyzed in regards to an overall measure of human impact at each site. This figure aggregates several factors (such as human population density and, road, river, and forest cover) that indicate the level of disturbance and the degree of habitat change caused by human activity.

“The analysis revealed a strong and robust pattern: chimpanzees had reduced behavioral diversity at sites where human impact was high,” explains Kalan.

“This pattern was consistent, independent of the grouping or categorization of behaviors. On average, chimpanzee behavioral diversity was reduced by 88 percent when human impact was highest compared to locations with the least human impact.”

Population size and integrity play a key role in the maintenance of cultural traits in humans, the team writes. It likely functions the same way in chimpanzee groups, they add. Another possible cause for the observed reduction in behavioral diversity may stem from the chimps avoiding conspicuous behaviors that may draw in hunters, such as nut cracking.

Habitat degradation (and its associated resource depletion) may also limit opportunities for social learning in chimpanzee communities — which would prevent them from passing down traditions between generations. The team also cites climate change as a likely cause, as it may influence the growth cycles of the chimps’ food resources, making them unpredictable.

However, it’s overwhelmingly likely that the observed effects are caused by a combination of these factors.

“Our findings suggest that strategies for the conservation of biodiversity should be extended to include the protection of animal behavioral diversity as well,” says Kühl.

“Locations with exceptional sets of behaviors may be protected as ‘Chimpanzee cultural heritage sites’ and this concept can be extended to other species with high degree of cultural variability as well, including orangutans, capuchin monkeys or whales.”

The paper “Human impact erodes chimpanzee behavioral diversity” has been published in the journal Science.