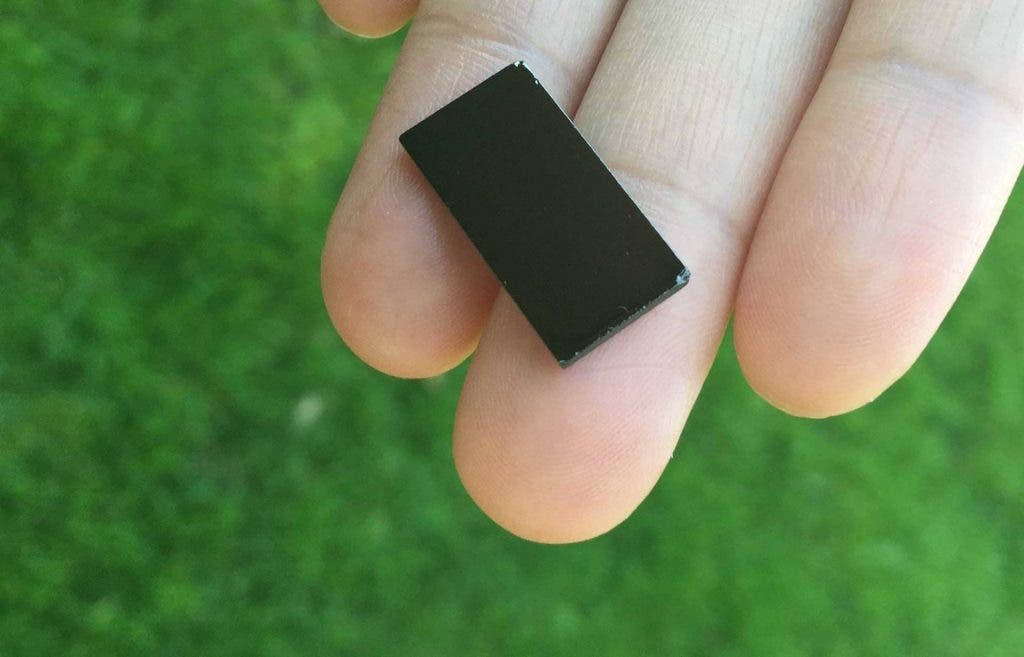 The single most important survival trick I know is to leave water coming from suspicious sources out in the sun for a couple of days to purify it. It really works because UV rays kill off the bacteria and the water becomes safe to drink — unless of course it was contaminated with chemicals, in which case I’m out of ideas.

But a couple of days can be a long, long time to wait when you’re thirsty. Luckily, there’s this tiny device Stanford and the SLAC National Accelerator Laboratory just invented that drastically accelerates light-powered decontamination.

Clean water in less than half an hour

Half the size of a postage stamp, the tablet water purifier is made out of  molybdenum disulfide (MoS2) films vertically placed on a glass surface. The walls of MoS2 form a maze-like structure on the glass which looks like a fingerprint. MoS2, typically used as an industrial lubricant, is then activated by a photocatalyst — a thin layer of copper — when sunlight hits the wall.

Once activated, a chemical reaction is set in motion that produces reactive oxygen species that kill bacteria.

“Our device looks like a little rectangle of black glass. We just dropped it into the water and put everything under the sun, and the sun did all the work,” said Chong Liu, lead author of the paper published in Nature Nanotechnology.

In controlled experiments, the tablet killed 99.999% of the bacteria littering a 25-milliliter vessel in 20 minutes. If you need more water purified, you just scale the device to match your needs from a bucket to a tank wagon. 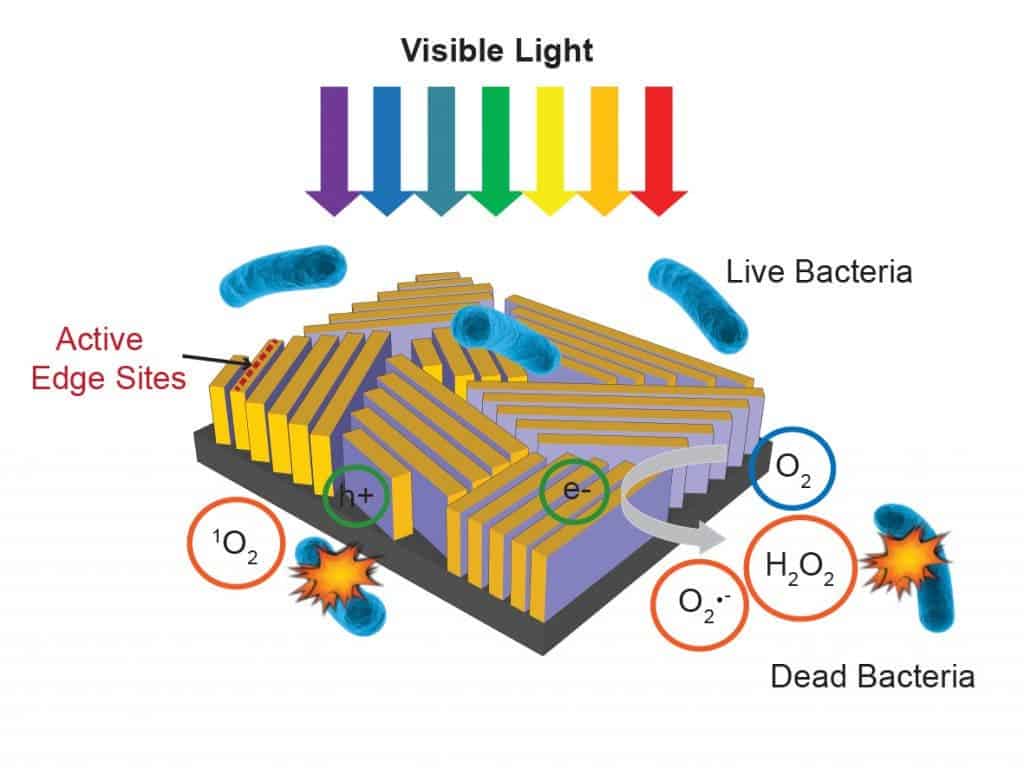 The reason why it works so fast compared to other sunlight-based purifiers is that it uses the full energy spectrum instead of just UV light, which accounts for only four percent. This way, the tiny black cube can absorb 50 percent of the incoming sunlight’s energy — more than enough to power the benign bacteria-killing chemical reaction.

Right now, the device has been proven to work against E.coli and a lactic acid bacteria. There’s no reason it shouldn’t work against a wide swath of other bacterial species, however. Other kinds of pollutants, like chemicals and viruses, could be eliminated with a future release.

“The easiest water we can treat [right now] is in outside activities, when you scoop water from the river and that water is not really cloudy or heavily polluted, but might contain microorganisms,” Liu said. “You can dump in the device and it can kill the bacteria.”

A lot of people will surely welcome it, too. According to the United Nations, more than 780 million people around the world lack access to clean drinking water.

“As a researcher it’s really exciting for us to see that by developing technologies you have the potential to help a lot of people.” said Liu.