Researchers from the University of Manchester, the birthplace of graphene, have made their own molecular Gordian Knot. They used a strand of 192 atoms coiled around a triple loop which crosses itself eight times. It’s the most complex molecular knot ever created and might usher in a new class of super-strong materials. 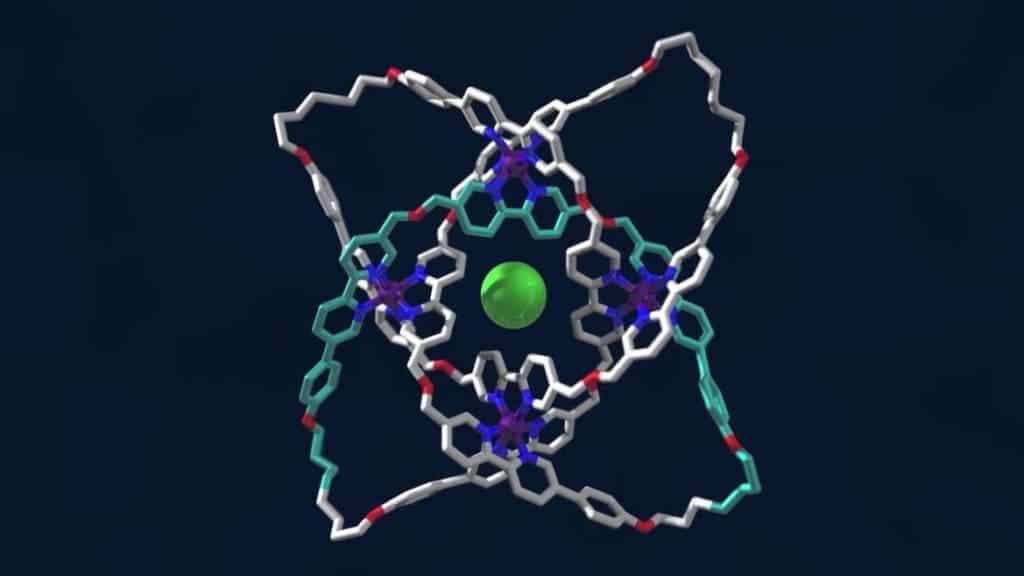 A molecular knot with eight crossings. Credit: YouYube/University of Manchester.

Knotting and weaving were revolutionary for early humans. This technology brought us clothes, shelter, and new tools which dramatically improved life. David Leigh, a professor of chemistry at the University of Manchester and lead researcher of the new study says molecular knotting could potentially render returns in the same order of magnitude.

“Some polymers, such as spider silk, can be twice as strong as steel so braiding polymer strands may lead to new generations of light, super-strong and flexible materials for fabrication and construction,” Leigh said in a statement.

Leigh says tying a knot is similar to weaving, so molecular knots could pave the way for the weaving of molecular strands. Kevlar, the familiar and very tough material used in bullet-proof vests, is actually a plastic whose molecular rods are arrayed in a parallel structure. By interweaving molecular strands we should come up with even tougher, stronger materials. Molecular knots of ever increasing complexity represent baby steps in this direction.

Molecules tie themselves in knots naturally. There are six billion prime knots that we know of which, like prime numbers, can’t be broken down into simpler constituents. As such, you can’t make a new prime knot by stitching other prime knots together.

The first synthesized molecular knot looked like a three-leaf clover. Its configuration, known as a trefoil, was made in 1989 by a team led by eminent chemist Jean-Pierre Sauvage who would go on to win the Nobel Prize for chemistry in 2016 for earlier work that used the same principles. Since then, other small molecules have been arranged in prime knots but the process proved challenging.

In 2012, Leigh’s lab took things an order of magnitude farther after the researchers synthesized a type of molecular knot arranged in a star-shaped structure made up of 160 atoms whose strands crossed five times. Their latest knot has eight crossing points making it even more intricate, as reported in the journal Science.

Not as easy as tying your shoelace

To tie the knot, the molecular building blocks containing carbon, hydrogen, oxygen and nitrogen atoms, along with iron and chloride ions, are all mixed together. The chemical interactions between the atoms and the ions cause them to self-assemble. The metal ions hold the building blocks in the right position while a single chloride ion which sets at the center anchors the whole structure together. Finally, a chemical catalyst links all these building blocks to ‘tie’ the knot.

Right now it’s not clear yet how we can use this knots to make new materials but the potential is there. Leigh and other labs around the world are now faced with the challenge of synthesizing new knots of different configuration until someone makes a structure that proves practically useful.