Scientists have created a new lightweight material that is just as strong as wood, yet has none of the usual drawbacks, such as vulnerability to fire and water. 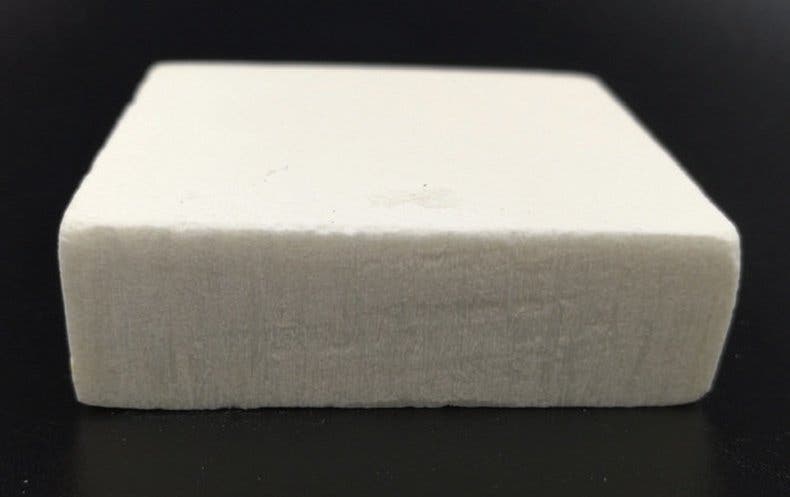 In order to make synthetic wood, researchers at the University of Science and Technology of China in Hefei experimented with a solution of polymer resin, which was doped with a bit of chitosan.

Chitosan is a type of sugar derived from shrimp and crab shell waste which has many remarkable properties. For instance, studies have shown that chitosan is biocompatible, biodegradable, antibacterial, antifungal, analgesic and hemostatic (stops bleeding).

Previously, researchers found that combining chitosan with “nanofillers” makes the resulting material much stronger without taking any medicinal properties away. Chitosan together with bioactive glass nanoparticles can also be used to create synthetic bone grafts.

In the new study, chitosan proved essential. When the polymer-chitosan solution was freeze-dried, what resulted was a structure filled with tiny pores and channels supported by chitosan.

The next step was heating the resin to 200 degrees Celsius. The curing process forged strong chemical bonds that made the bioinspired material as crush-resistant as wood.

The Chinese researchers say they could make the material even stronger if they’d use faster freeze-drying and higher curing temperatures. Adding other substances to the mix, such as natural or artificial fibers, could also make the synthetic wood stronger.

There are a number of advantages to the new material. For one, it can be made in the lab relatively fast and in bulk, unlike wood which can take decades to grow. Wood also soaks up water, whereas this material repels water. During stress tests, samples of the new material which were soaked in water and strong acid for 30 days barely lost strength, whereas balsa wood tested under similar conditions weakened by two thirds and lost 40% of its crush resistance. When the bioinspired material was ignited, the fire couldn’t spread and rapidly extinguished.

Although it might not become a popular constructions material, the wood-like material could be turned into a useful packaging. Its porosity might also make it a suitable material for insulating buildings.

The findings appeared in the journal Science Advances.