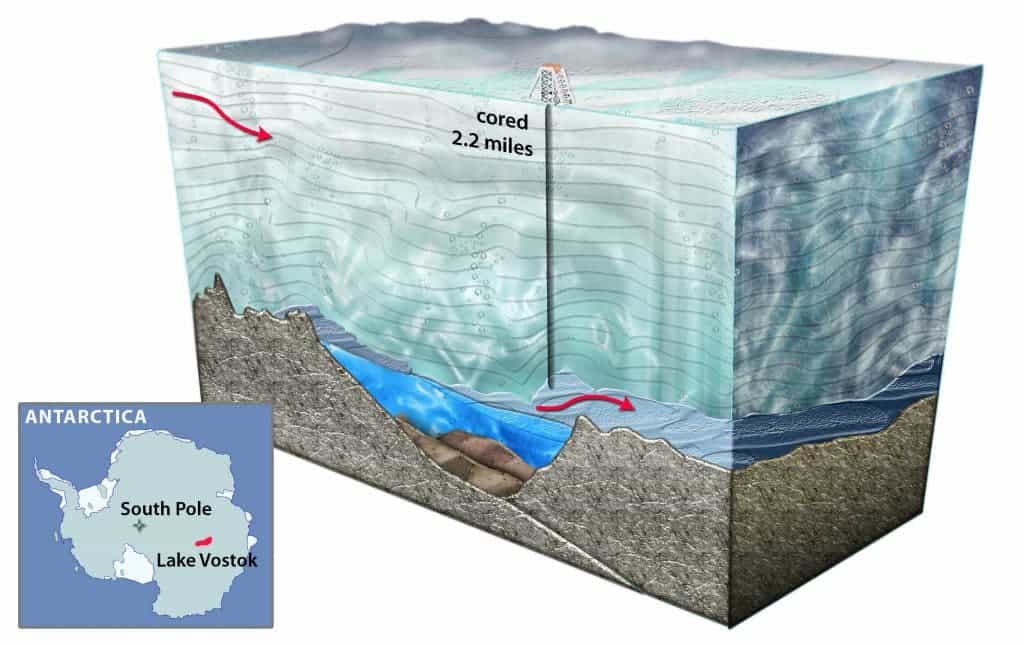 Just a few days ago, we were telling you about the exciting new findings in lake Vostok – a new bacteria unlike anything else found so far retrieved from the lake sealed beneath 2 kilometers of ice for 1 million years. Now, the head of genetics laboratory at the Saint Petersburg Institute of Nuclear Physics said that the new bacteria is actually nothing more than contaminants. But from here on, things get even weirder:

“We found certain specimen, although not many. All of them were contaminants” that were brought there by the lab during research, Vladimir Korolyov told the Interfax news agency. “That is why we cannot say that previously-unknown life was found,” he said.

Now hold on, hold on just a minute there – any scientist in his right mind will tell you something’s a little off here. First of all, they waited and studied the initial samples for almost a year before confirming there were no contaminants and a new bacteria was found, and just a few days after that, they go out and say that the samples actually were contaminated. First thing that bothers me.

The second thing bothers me even more. The absolute first question that pops to mind when you hear that “samples were contaminated” is “With what?”. There was absolutely no mention of the nature of the contaminant from what I could dig up, and any lab worth their salt will immediately say what the sources of contamination were.

The third thing… to come out and say that you’ve found a new bacteria, an entirely new type of DNA, and then just cover it up and say it was a contamination is hogwash. How is it a contaminant, is it that the contaminating bacteria was also unknown? That’s possible but… even though we know only so much about the bacteria on our planet, I’d dare say that that’s really unlikely.

Something seems fishy in lake Vostok, and either the researchers working there didn’t tell us the whole story, or they screwed up. Interesting trivia: Russian leader Vladimir Putin was even given a sample of Lake Vostok after it was obtained from the lake.