Cockroaches, the blight of every urban apartment; they’re adaptable, they’re sturdy, and they reproduce really fast. The nasty, disease carrying bugs can eat pretty much anything they find around the house, from mold and rotten food to the thing they love the most – sugar. 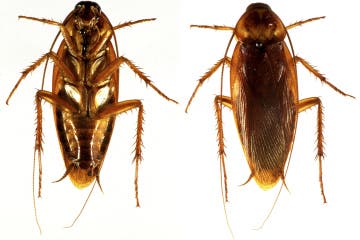 When given the opportunity, cockroaches always go for the sugary treat – or at least they used to. According to a new study published in Science, some cockroaches have evolved to the point where they are actually refusing to eat sucrose, a form of sugar commonly found in plants.

“They now perceive glucose as bitter,” says Coby Schal, an entomologist at North Carolina State University and one of the report’s authors.

Why did this happen? Well, glucose is the main thing that attracts them in traps, and many of the little creatures have mutated so that they actually don’t like it anymore. They mutated so fast that it took everybody by surprise.

Back when prehistoric cockroaches lived in the wild, there’s a possibility that they didn’t gobble glucose as well, because many plants that contain it in the wild are poisonous – but that’s still debated.

However, as humans evolved and moved to caves, cockroaches were soon to follow. Away from the threat of poisonous plants, they started to develop a taste for sugars, because it is a highly nutritious source of energy, and it was to their advantage to consume it.

But the mutation remained in their gene, and when humans started putting sugar traps, we reactivated the old gene – so much that when we put sugar in front of (some groups of) cockroaches, they just “jump back as though you’ve given them an electric shock“.

Apparently cockroach researchers take their job pretty serios, and they want to dedicate the next decade or so to studying this adaptation.

“We have roaches in the freezer that date back to the 1930’s,” says Schal. “This is what’s going to be driving our research over the next five or ten years.”

But all hope of trapping these mutant critters not lost. Sucrose-averse roaches are still attracted to fructose, or fruit sugar, and maltose, which is found in beer (“they really love that stuff,” says Schal).

One thought on “Mutant cockroaches learn to avoid sugar traps”