War is no child’s play, but that didn’t stop researchers at the University of Texas at Austin from being creative. They used LEGO bricks — popular children’s toys — and a smartphone to develop an optical sensing method for detecting nerve agents. 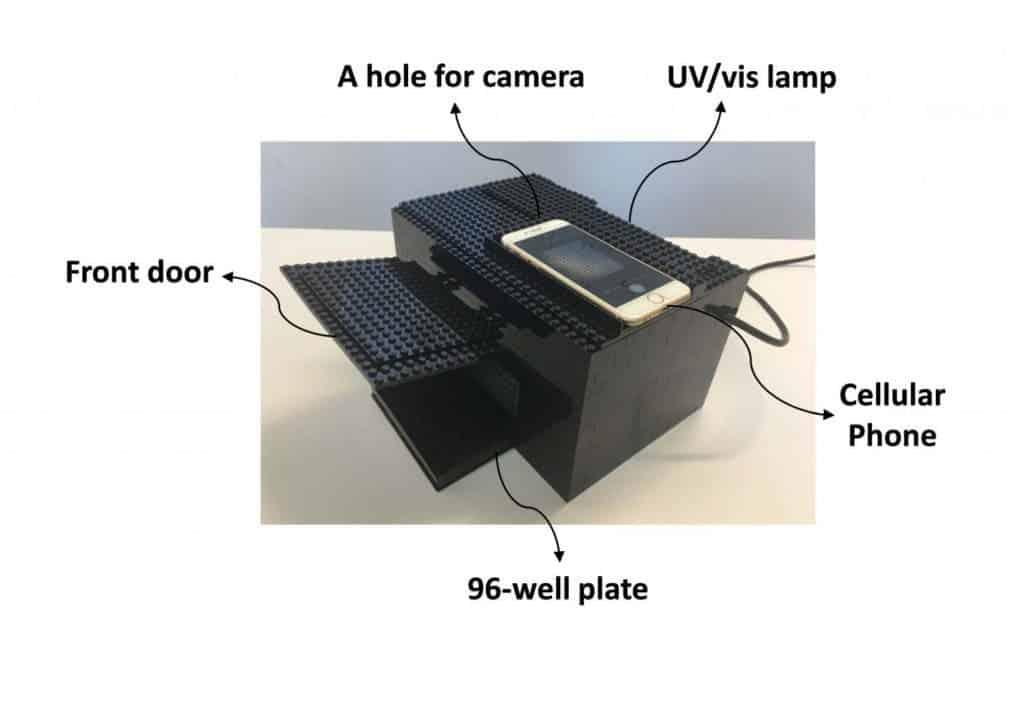 Chemical weapons are arguably the most gruesome kinds of weapons man has devised. They work by shutting down enzymes that control the body’s nervous system functions, inhibiting respiratory and cardiovascular capability. Death follows within minutes from contact with the chemical agent — which is either inhaled or absorbed through the skin.

Besides their potential for causing horrific mass murder, chemical weapons are also extremely easy to conceal. Generally, the compounds are odorless, tasteless, and highly difficult to detect because of their low lethal doses. Even a fraction of a milligram of some chemical agents is enough to kill a person.

Current methods for detecting nerve agents involve bulky and expensive equipment that isn’t suited for the field. To complicate matters further, there are two main classes of such lethal chemicals, each with its particularities, making it challenging to differentiate between them.

The two main types of nerve agents are G-series and V-series. G-series are phosphoryl fluorides, such as sarin (GB), soman (GD), and tabun (GF) gas, while V-series are phosphoryl thiols, such as O-ethyl-S-(2-diisopropylaminoethyl), methylphos-phonothioate (VX), O-isobutyl-S-2-diethyl-aminoethylmethyl-phosphonothioate(RVX), and O-butyl-S-2-diethyl-aminoethyl methylphosphonothioate (CVX). V-agents are more toxic and of lower volatility than G-agents, making them far more dangerous.

Researchers at the University of Texas at Austin not only found an efficient way to detect and differentiate between various nerve agents, they did so using cheap and readily available materials. The method doesn’t involve any direct chemical analysis, instead relying on image analysis.

The team developed a cascade of reactions that amplify an optical signal resulting from a byproduct of the decomposition of the nerve agents. The mixture changes color and intensity of emissions relative to the amount of chemical weapon agent. It’s then only a matter of recording this visual change of emissions  — which can be read with a smartphone’s camera, placed within a LEGO box. The only other components in the chemical weapon detector are a UV/visible lamp and a 96-well test plate.

The resulting image is analyzed by free-software and to encourage others to adopt and improve their technology, the researchers uploaded all of their work (code, image guides, and a demo video) to GitHub.

“We show that the two different amplification routines are selective for their analyte class and thus successfully discriminated the G- and V-series nerve agent mimics. Further, accurate concentrations of the analytes are determined using the chromaticity and LEGO
approach given herein, thus demonstrating a simple and on-site constructible/portable device for use in the field,” the authors concluded.