If you “rewind the tape of life [and] the same conditions were encountered again, evolution could take a very different course,” so said the late evolutionary biologist Stephan Jay Gould. However, biologists argue fiercely on this point. Perhaps the strongest argument against this statement is the presence of convergent evolution.

Convergent evolution is when non-related organisms evolve extremely similar characteristics completely separately. They develop these characteristics because they live in similar environments or ecological niches. Similar environments impose similar challenges, and traits improving survival are favoured. This suggests that there are “ideal” traits for different environments. It seems that there is a preferred design for living in certain habitats because similar creatures have evolved separately all around the world.

Flight is no doubt an impressive trait. If you think about it, it is amazing that it has evolved more than once. It has evolved separately multiple times. Flight evolved in insects 330 million years ago (mya), in pterosaurs 225 mya, birds 150 mya, and in bats 50-60 mya. On the other hand, large flightless birds have evolved to fill the same ecological niches on different continents: South America (rhea), Australia (emu), and Africa (ostrich). They all look similar but evolved separately. 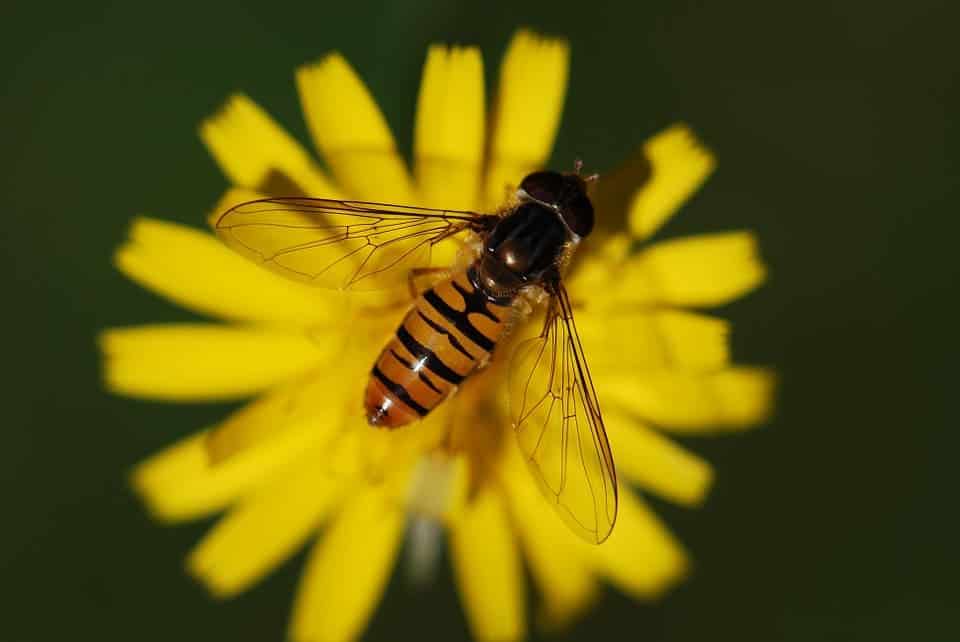 Many insects that have similar lifestyles have similar mouthparts. Bees, flower beetles, and butterflies all have a proboscis to reach and suck up nectar. Fleas and mosquitos both have biting-sucking mouthparts to suck the blood of hosts. These insects aren’t related but use the same mouthparts to get their food.

Plants also show convergent evolution. One type of photosynthesis, C4, has independently arisen 40 times. Plants have also independently evolved edible fruits to disperse their seeds. We know that they are separate because different fruits develop from different types of plant tissue. For example, an apple develops differently from its flower than a tomato does. Carnivorous plants have also evolved several times. Pitcher plants from different areas in the world have evolved to use the same molecular tools.

Caves are a pitch-dark environment with very little food. All animals that live exclusively in caves have the same characteristics. They lack pigment and have no eyes or reduced vision, long appendages, and a long lifespan. Most cave species are only found in that cave system, but animals look extremely similar between cave systems. For example, cave salamanders in Europe look very similar to cave salamanders in North America. 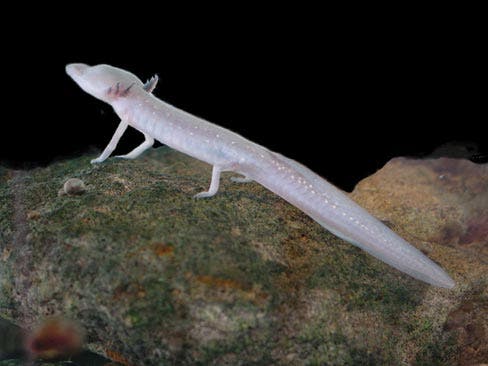 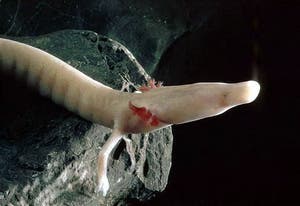 Humans are not so unique either– some animals have independently evolved the same traits as us. Cephalopod mollusks, like octopuses, have developed complex eyes that function similarly. We both have an aperture, a lens, and a retina. Their eyes are actually better designed because they don’t have a blind spot like we do. Lemurs are also primates, like us, but while primates usually only have brown eyes, we evolved to have blue eyes, and lemurs did, too! However, they have it on a different gene locus. Another interesting fact is that koalas are the only other animal to have unique fingerprints like humans. 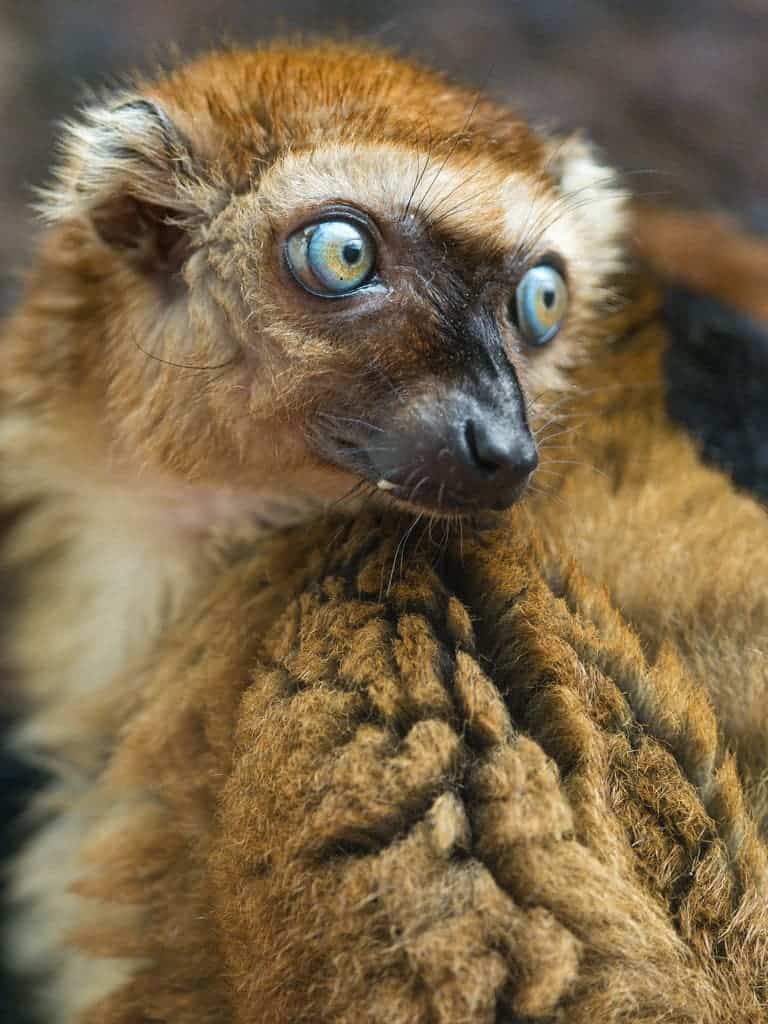 There is an ideal shape for swimming through water. The most efficient shape that reduces drag is a fusiform shape. Fish, cetaceans (like dolphins), and the extinct ichthyosaurs all have this same shape.

Can you tell the difference:

The African yellow-throated longclaw (Macronix croceus) lives on African prairies and grasslands. It has a yellow breast with a black “V”. The American meadowlark (Sturnella magna) looks and acts almost the same. 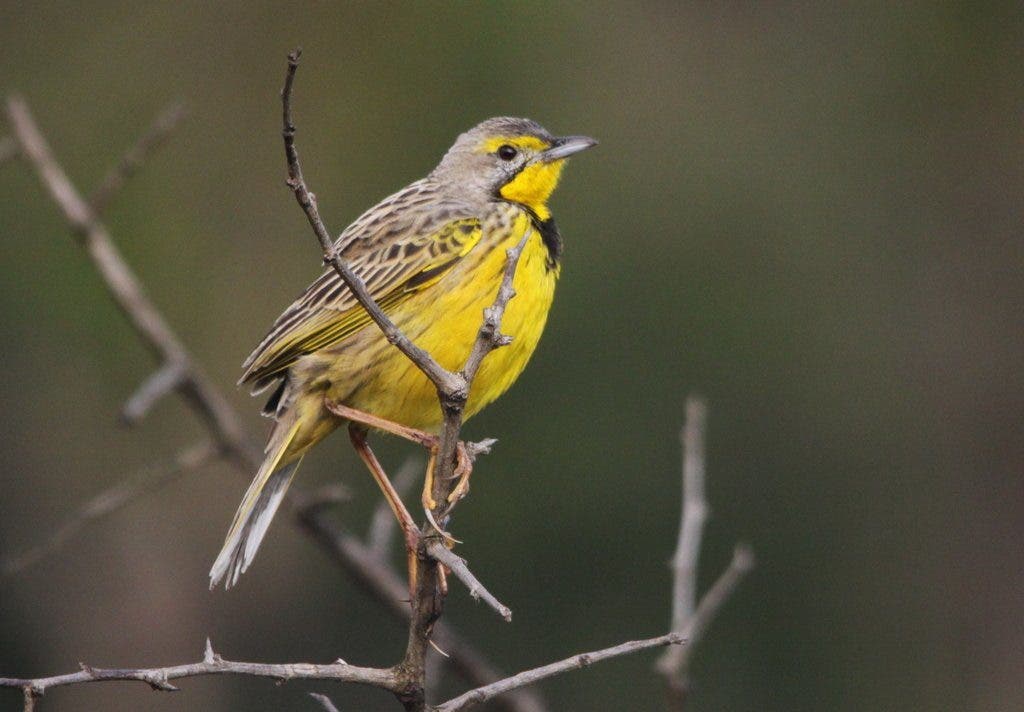 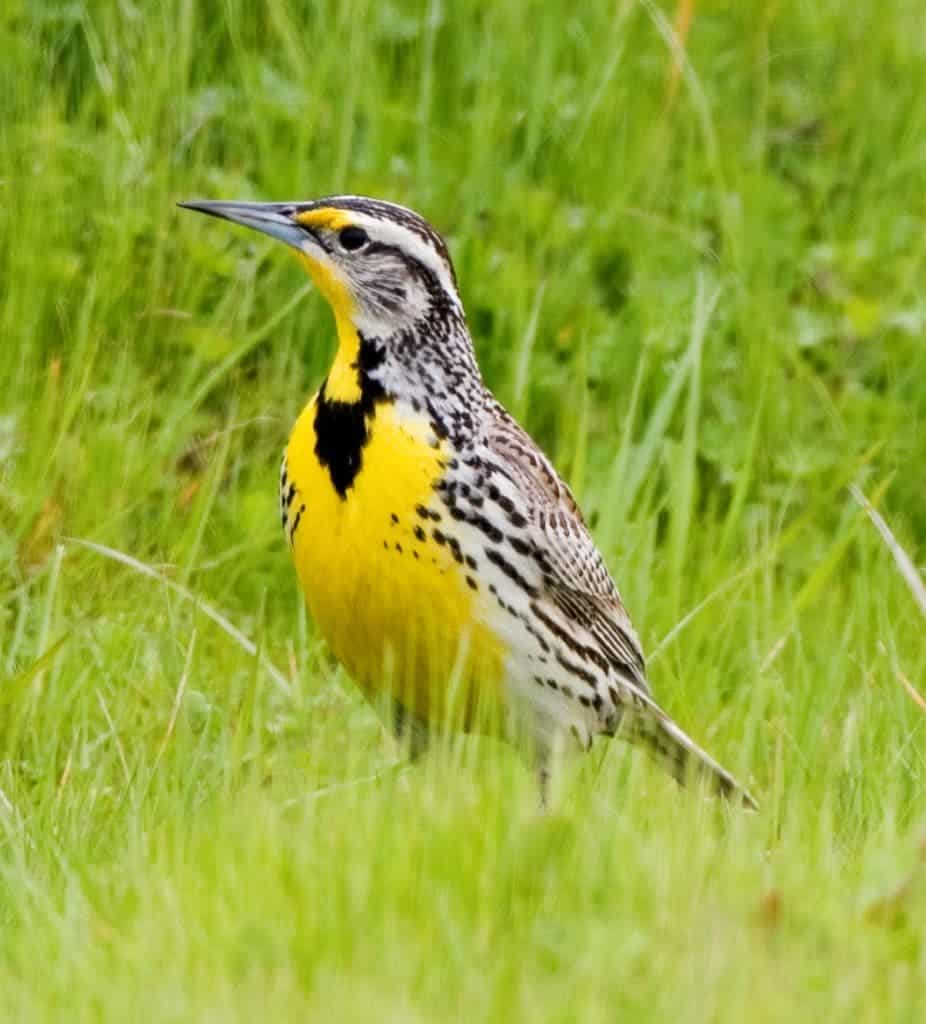 The Eastern meadowlark from the USA. Image credits: Wisconsin Department of Natural Resources.

Emerald tree boas (Corallus caninus) and green tree pythons (Chondropython viridis) both live high in rainforest trees and eat birds. One lives in the Amazon, and the other in Australia. The adults are green in order to blend into the leaves so that unsuspecting birds become lunch. The young of both species are bright yellow or orange. They both like to wrap around branches when they’re just hanging out. 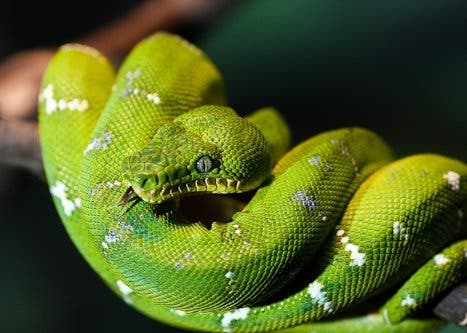 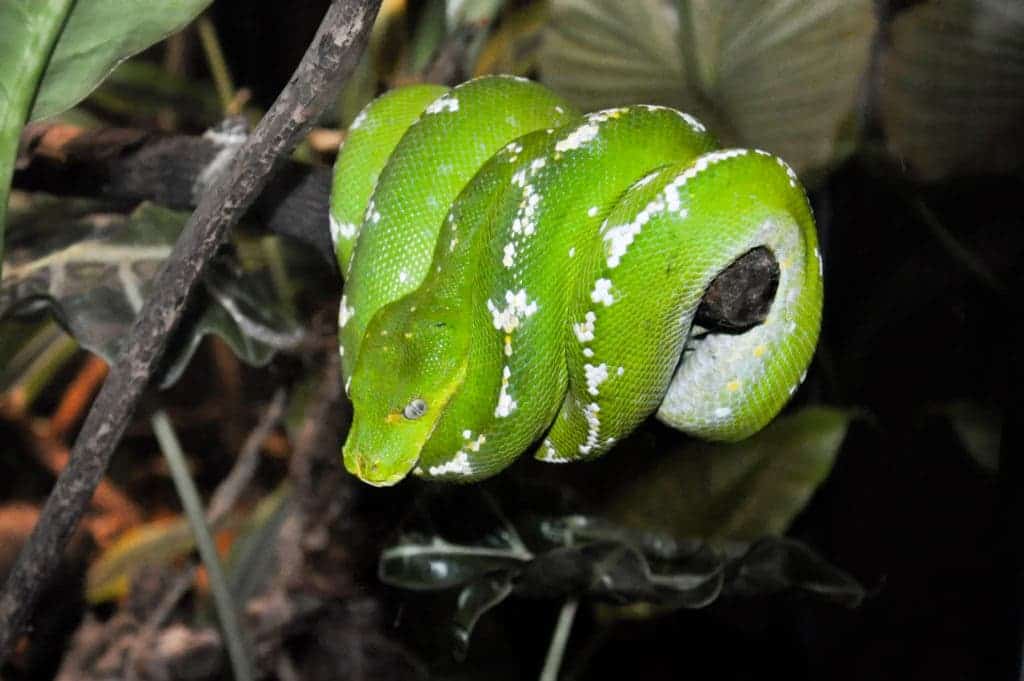 The thorny devil Moloch horridus (Australia) and the desert horned lizard Phrynosoma cornutum (North America) live in the desert. They both have thorns and blend in with their environment. Actually, they look much more similar to each other than to any other related lizards species. 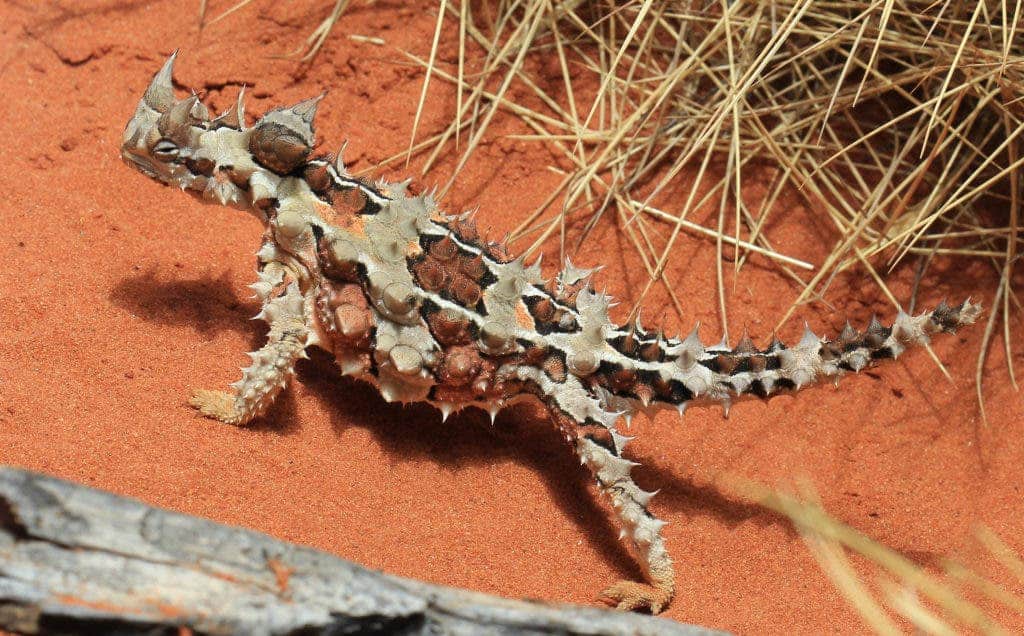 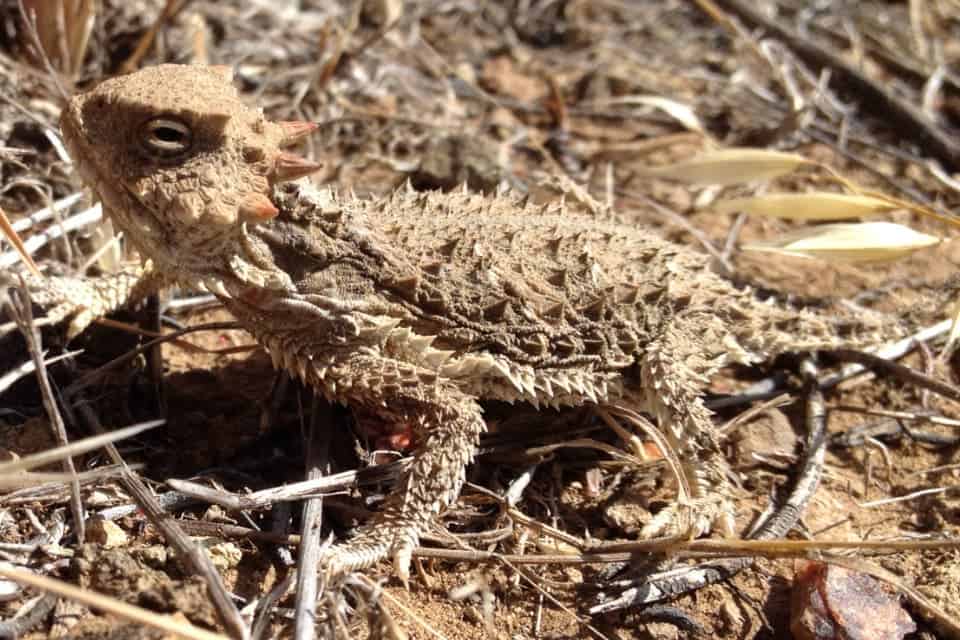 The desert horned lizard from the USA. Image credits: Churnice.