Most of the life we see around us — plants, animals, humans and other eukaryotes — actually comprise a tiny minority of the planet’s biodiversity. The rulers of this planet are actually bacteria and Archaea. A new research which includes genome sequencing data from over 1,000 new organisms produced a refined tree of life that better matches reality. In this expanded tree of life  two-thirds of all diversity on Earth is bacterial, while nearly a third is Archaea.

The root of life 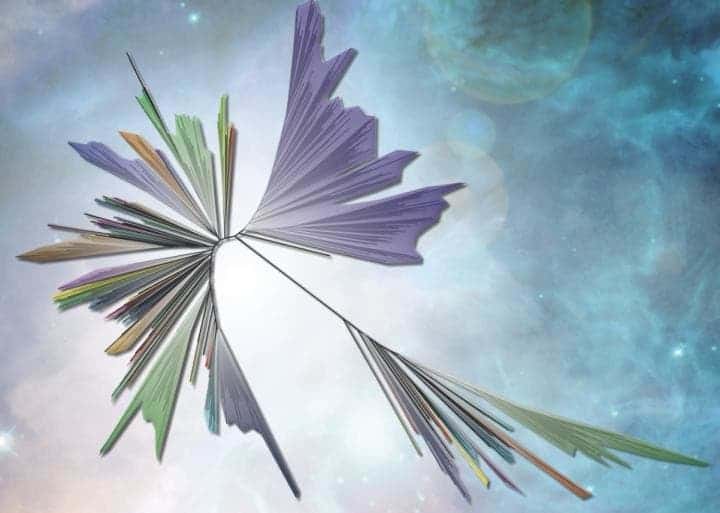 “The tree of life is one of the most important organizing principles in biology,” said Jill Banfield, a UC Berkeley professor of earth and planetary science and environmental science, policy and management, in a press release. “The new depiction will be of use not only to biologists who study microbial ecology, but also biochemists searching for novel genes and researchers studying evolution and earth history.”

The tree of life was first sketched by none other than Charles Darwin in 1837. Darwin developeda convenient way to represent the relation between plants, mammals or bacteria. His idea was to draw a tree where the tip of the twigs represents living life on Earth today while the branches connecting the twigs to the trunk represent an evolutionary relationship between the organisms. It can get more complicated. For instance, a branch that forks into two twigs near the tip of the three means that these organisms share a recent common ancestor. If the fork is closer to the trunk, this evolutionary split occurred in the distant past.

In 1977, one of the most appreciated biologists you’ve likely never heard of, Carl Woese, published a groundbreaking paper that proved that Archaea wasn’t a minor twig on the tree of life, but a new main branch. Up until then, the tree of life was separated into two main domains: Bacteria and Eukarya. Now, there are three.

Archea are very similar to bacteria visually, but they have  genes and several metabolic pathways that are more closely related to those of eukaryotes, notably the enzymes involved in transcription and translation. 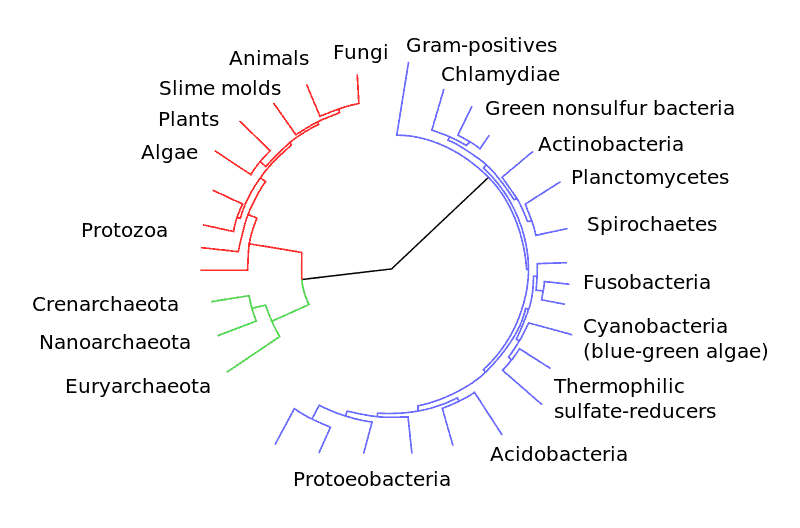 Diagrammatic representation of the divergence of modern taxonomic groups from their common ancestor. Image: Wikimedia

Later, Woese published a refined tree of life that biologists consider transformative. The tree of life contains all three domains of life and, most importantly, it groups organisms using DNA. Up until Woese came along, biolologists used the  shapes of microbes—their morphologies—and how they turned food into energy—their metabolisms—to sort them into bins. The impact was monumental.

In 2012 Woese passed, but his legacy lives on and is constantly refined towards perfection. Banfield and colleagues, for instance, are part of a new wave of biologists that can make extraordinary discoveries where Woese and other failed because they lacked access to technology.

Many organisms can not be cultured in the lab because they can’t live on their own. Instead, they have to get their energy from other organisms acting as parasites, symbiotic organisms or scavengers. This includes a group of bacteria called “candidate phyla radiation”. The new analysis suggests that this group forms a major branch in the tree of life and  contain around half of all bacterial evolutionary diversity.

“What became really apparent on the tree is that so much of the diversity is coming from lineages for which we really only have genome sequences,” she said. “We don’t have laboratory access to them, we have only their blueprints and their metabolic potential from their genome sequences. This is telling, in terms of how we think about the diversity of life on Earth, and what we think we know about microbiology.”

“The candidate phyla radiation has as much diversity within it as the rest of the bacteria combined,” Banfield said.

The new tree of life shows that one-third of all biodiversity comes from bacteria, one-third from uncultivable bacteria and a bit less than one-third from Archaea and eukaryotes. The things that you deem most recognizable — plants, insects, mammals, even dinosaurs — are just a drop in the ocean.

“This incredible diversity means that there are a mind-boggling number of organisms that we are just beginning to explore the inner workings of that could change our understanding of biology,” said co-author Brett Baker, formerly of Banfield’s UC Berkeley lab but now at the University of Texas, Austin, Marine Science Institute.