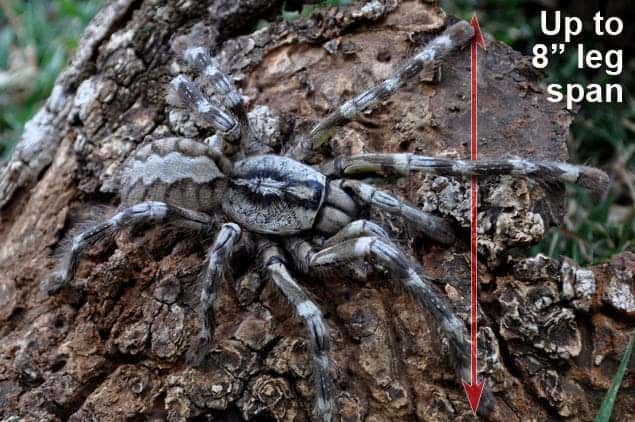 A Sri Lanka researcher has discovered a new tarantula species, and it’s literally a big deal. Spanning across eight inches, this tarantula is big enough to cover your entire face and boasts a unique coloring.

Ranil Nanayakkara, a local researcher, along with his team found the tiger stripped arachnid while on a typical arachnid expedition in 2009. Imagine Nanayakkara’s surprise when some locals greeted and showed him a dead male specimen that didn’t fit any description of any of the species of Poecilotheria so far described from the island. 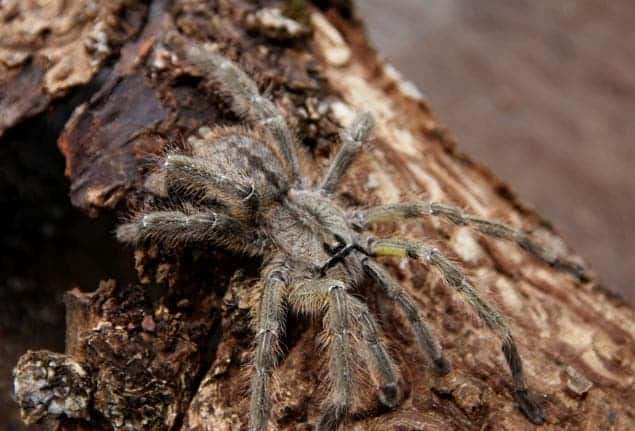 The new tarantula species was named Poecilotheria rajaei, after a local police investigator, Michael Rajakumar Purajah, who helped the team navigate the remote area the spider calls his home and who proved to be instrumental in the discovery.

The arachnid belongs to a family of spiders called Poecilotheria, known for being fast, colorful, and venomous, but why does P. rajaei stand out? For one it’s huge compared to his brethren. Its legs span 8 inches across and has distinctive markings on its underside and legs that are geometrically patterned and described as daffodil-yellow and gray. Between 50 and 100 specimens of the new species were collected and preserved in a solution with 70% alcohol. 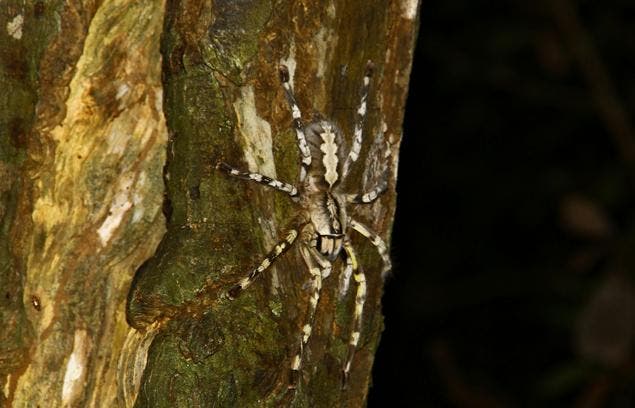 Although, the R. rajaei can be considered huge by all standards, it’s not the biggest tarantula discovered thus far. The crown belongs to the Goliath Birdeater Tarantula, which can grow as big as 12 inches in diameter, weigh more than six ounces, and has fangs that are over an inch long.

The new tarantula species was described a paper published in the  British Tarantula Society Journal.