MIT engineers have created genetic circuits in bacterial cells that not only perform logic functions, but also remember the results, encode them in the cell’s DNA and pass it on for generations to come. 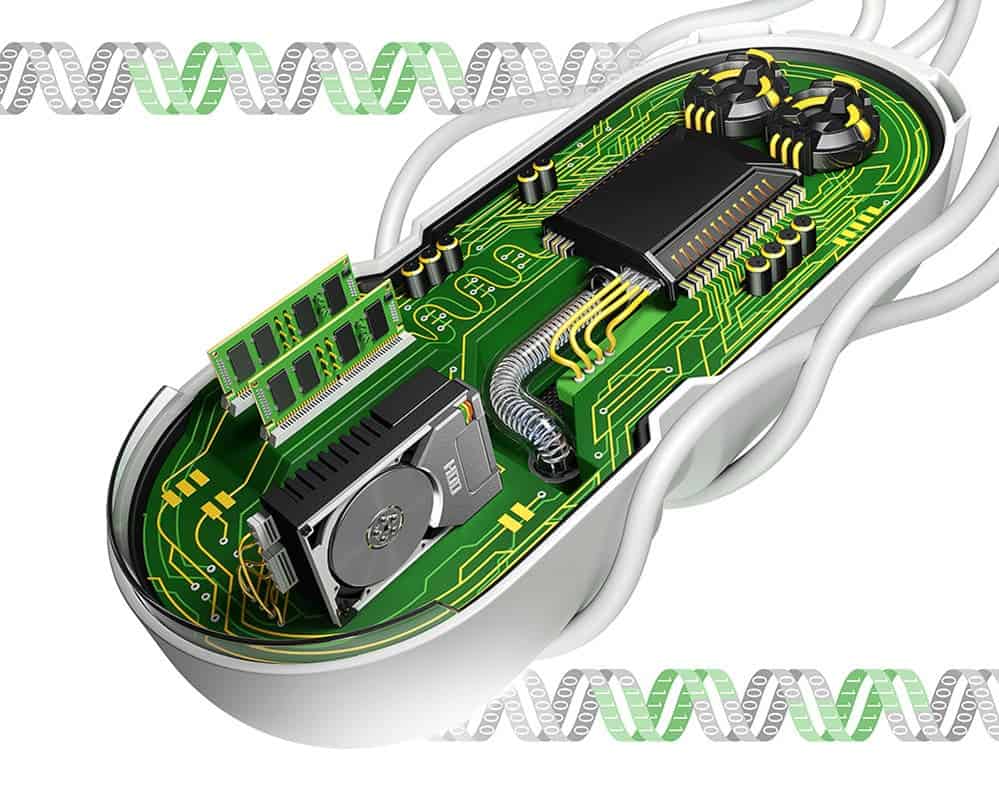 The circuits, which are described in Nature Biotechnology could have a swarm of appplications, most notably long-term environmental sensors, efficient controls for biomanufacturing, or to program stem cells to differentiate into other cell types; but really, the sky’s the limit when it comes to this type of research.

“Almost all of the previous work in synthetic biology that we’re aware of has either focused on logic components or on memory modules that just encode memory. We think complex computation will involve combining both logic and memory, and that’s why we built this particular framework to do so,” says Timothy Lu, an MIT assistant professor of electrical engineering and computer science and biological engineering and senior author of the Nature Biotechnology paper.

Biologists working on this type of research often use interchangeable genetic parts to design circuits that perform a specific function, for example detecting a specific chemical element; the result of this would generate a specific response, such as production of green fluorescent protein (GFP). However, circuits could also be designated for any boolean (yes or no) function, as well as “and” and “or” functions – this means that it can use multiple inputs.

Lu and his colleagues designed a circuit that would be irreversibly altered by the original stimulus, creating a permanent memory of the event. The circuits they used (relying on previous research from 2009) depend on enzymes known as recombinases, which can cut out stretches of DNA, flip them, or insert them. Basically, sequential activation of the genes allows a count of these events.

But taking things even further, Lu designed the new circuits so that the memory function is built into the logic gate itself.

[in] the new circuits, the inputs stably alter regions of DNA that control GFP production. These regions, known as promoters, recruit the cellular proteins responsible for transcribing the GFP gene into messenger RNA, which then directs protein assembly.

The thing is, once the DNA terminator sequences are flipped, they can’t return to their original state — the memory of the logic gate activation is permanently stored in the DNA sequence; this may actually be a good thing: the information is transmitted forward up to 90 generations.

These kind of circuits are commonly used to create a type of circuit known as a digital-to-analog converter; they take digital inputs (like the presence of a chemical) and convert them into analog output. If they have two such circuits, they can produce four different analog output levels. That type of circuit could offer better control over the production of cells that generate biofuels, drugs or other useful compounds. If you use them as environmental sensors, you get very precise long-term memory.

“You could have different digital signals you wanted to sense, and just have one analog output that summarizes everything that was happening inside,” Lu says.

This could also be useful in stem cells, allowing researchers to track their development as they become other cells. Michael Jewett, an assistant professor of chemical and biological engineering at Northwestern University, says the new design represents a “huge advancement in DNA-encoded memory storage”:

“I anticipate that the innovations reported here will help to inspire larger synthetic biology efforts that push the limits of engineered biological systems,” says Jewett, who was not involved in the research.

The research was funded by the Office of Naval Research and the Defense Advanced Research Projects Agency (DARPA).