It pays off to have many friends, especially if you’re a macaque. 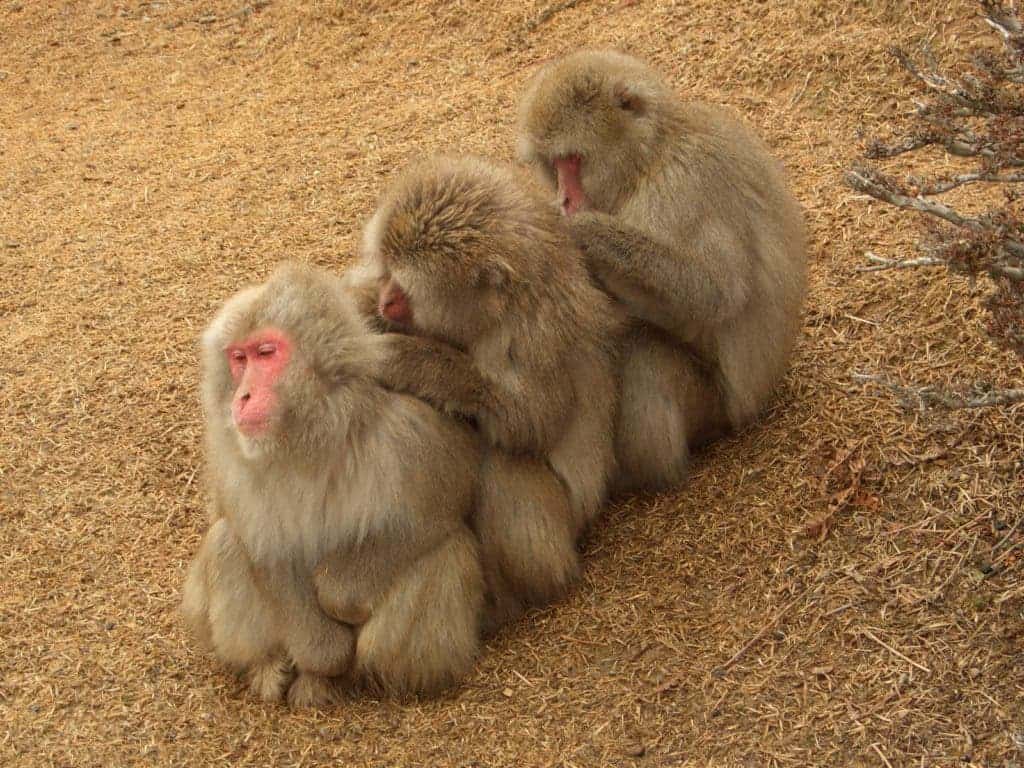 Grooming is an important aspect of the macaque social structure. Photo by Noneotuho.

Lice infestations can be a huge problem for humans and animals alike. But it’s easier to get by with some help from your friends. For instance, popular macaque girls benefit from extra grooming from their friends. The more at the center of a social network a female is, the more grooming she gets, which reduces the number of lice on her body.

“We thought that since grooming is one of the most common types of contact that occurs between macaques, this behavior should facilitate the transmission of lice,” says lead author Julie Duboscq, who conducted the research at the University of Strasbourg and currently based at Kyoto University. “At the same time, grooming might also constrain the spread of lice because louse eggs are removed during grooming, which reduces future generations of lice.”

He and his colleagues observed grooming patterns and egg-picking to estimate how many lice each macaque had. They expected more grooming to equal fewer parasites, but this wasn’t nearly the case – the relationship between social status turned out to be more complex.

Basically, the more popular a macaque is, the more he or she interacts with others — which increases the likelihood of it getting new parasites.

“The link between sociality and parasitism is not always straightforward,” says Andrew MacIntosh, a senior author of the paper and a researcher at Kyoto University’s Primate Research Institute. “Increased centrality in social networks is often linked to increased parasite load and disease risk.”

In a previous study, they found that central females are more likely to suffer from intestinal worms, but in this case, the risk is mitigated by grooming.

The paper “Network centrality and seasonality interact to predict lice load in a social primate” appeared Feb. 26, 2016 in Scientific Reports, with doi: 10.1038/srep22095