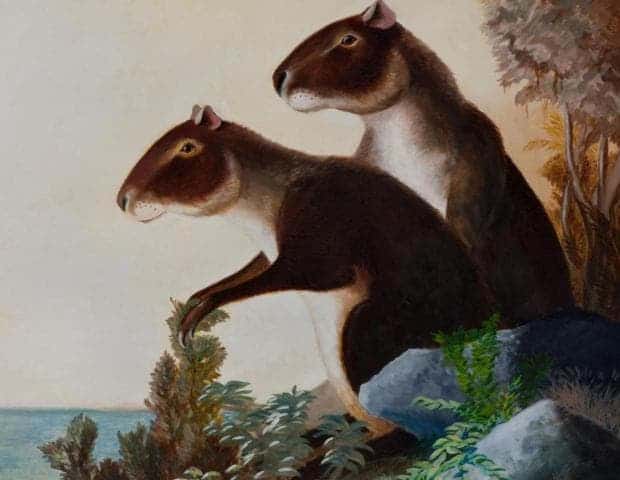 In 1964 a young biologist named J. Bristol Foster published a paper in which he suggested  that large mammals tended to evolve to smaller sizes after colonizing islands, and smaller mammals tended to grow larger. This generalization became known as the “island rule,” or “Foster’s rule”, but in the intervening 50 years this matter has remained a subject of debate.

Now, a group from Aarhus University, Denmark, says they’ve put the subject at rest. The researchers analyzed the size of living and extinct mammals from the last 130,000 years, or around the time humans began expanding and colonizing islands. They found the island rule is not a myth, but an evolutionary reality.

Whether big or small, both tactics come with innate advantages and disadvantages. Big creatures have a wider food choice and tend to dominate other species. You won’t ever see a mouse at the top of the food chain. Smaller creatures, on the other hand, require fewer resources, have generally shorter breeding cycles, and can adapt far quicker — all considerations very important in an island setting where ecosystems are limited. 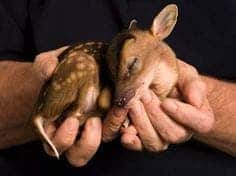 The Key deer in the Florida Keys looks like a normal white-tailed deer, just a whole lot tinier. It often cited as an example for Foster’s rule. Credit: Pinterest

Some of the most famous examples cited for Foster’s rule  include the giant tortoises of the Seychelles islands, Indonesia’s Komodo dragons, and the boas of the Belizean Snake Cayes. As far as extinct species go, a prime example includes the blunt-toothed Giant Hutia, a type of guinea pig that was the size of a black bear and lived on the Caribbean islands of Anguilla and Saint Martin.

Critics of Foster’s rule, however, challenged the theory suggesting that a couple of examples don’t really make a pattern. Many used bats as a counter example, which have the same size for hundreds of thousands of years.

Søren Faurby, a post doc from the Institute of Bioscience at Aarhus University, Denmark, and one of the lead authors of the new paper, says including bats in this sort of discussion is foolish. Being flying animals, bats and other species like it, aren’t subjected to the same limitations of an island ecosystem as terrestrial creatures.

“The study shows that it can be difficult to understand the world if we don’t account for man-made extinctions. The island rule illustrates this–that our own influence on the environment affects our ability to understand evolutionary patterns,” says Faurby.

“Islands have suffered massive human-driven losses of species, and we found that the support for the island rule was substantially stronger when the many late Quaternary extinct species were also considered (particularly the tendency for dwarfing in large taxa). The decisive support for the island rule in this study confirms that evolution plays out in a markedly different way on islands and that human impact may obscure even fundamental evolutionary patterns,” the researchers wrote in the paper published in the journal The American Naturalist. 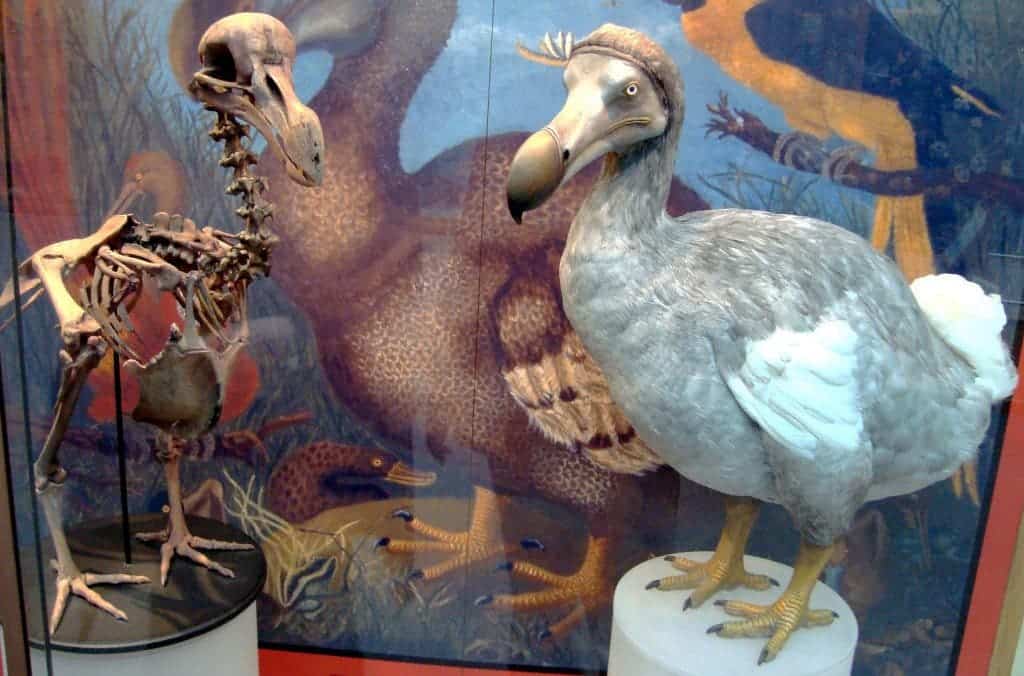 Skeleton and model of the Dodo, which was driven extinct by humans but is also a prime example of insular gigantism. Credit: Wikipedia

It’s important to note that while island ecosystems can cause certain species to shrink or become bigger, the most important contribution this sort of environment has is it fosters the evolution of unique species. This also means island species are among the most vulnerable to human activities and extinction.  It’s up to you and me to help protect all of the amazing kinds of life we have on Planet Earth. We need to make sure things like the extinction of the Dodo — another example of insular gigantism — never happen again.