You may have seen it in forests, and may have dismissed it as an eerie curiosity – a type of ice that looks like white silky hairs, a bit like candy floss. It only grows on rotten branches of trees under very specific conditions, during humid winter nights when the temperature drops just below 0 degrees Celsius. Scientists have believed it is caused by a fungus for over 100 years, but it wasn’t until now that this theory was actually proven. 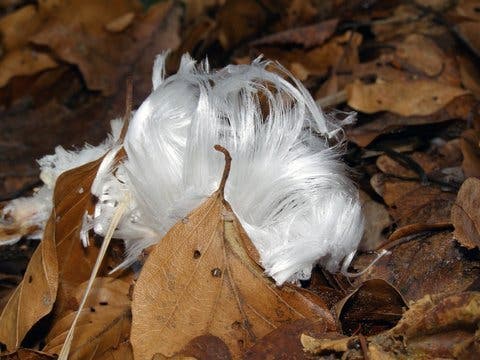 Alfred Wegener, the famous geophysicist who first proposed the theory of tectonic plates, first discovered white ice in 1918; he and his assistant identified it as a mycelium (the thin threads of mushroom growth), and for almost a century, no one paid any scientific interest to hair ice.

Some 90 years later, retired Swiss professor Gerhart Wagner showed that treating wood with fungicide prevents hair ice from growing, therefore confirming the idea. Now, another Swiss researcher wanted to find out more – and they did.

“When we saw hair ice for the first time on a forest walk, we were surprised by its beauty,” describes study co-author Christian Mätzler, who is from the Institute of Applied Physics at the University of Bern in Switzerland. “Sparked by curiosity, we started investigating this phenomenon, at first using simple tests, such as letting hair ice melt in our hands until it melted completely.” 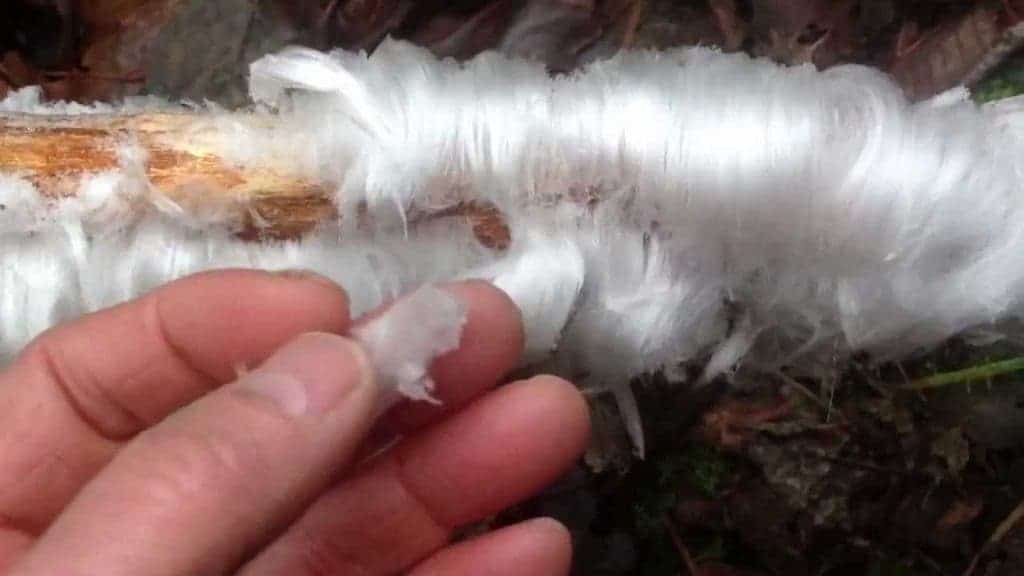 Mätzler, a physicist, teamed up with a chemist (Diana Hofmann) and a biologist (Gisela Preuß) in Germany. Inspired by earlier work, and by photographs of hair ice sent in from various countries, they performed several tests on the ice to see how it grows and how its structure develops. Preuß studied samples of hair-ice-bearing wood collected in the winters of 2012, 2013 and 2014 in forests near Brachbach in western Germany and found several different fungus species.

“One of them, Exidiopsis effusa, colonised all of our hair-ice-producing wood, and in more than half of the samples, it was the only species present,” she says. 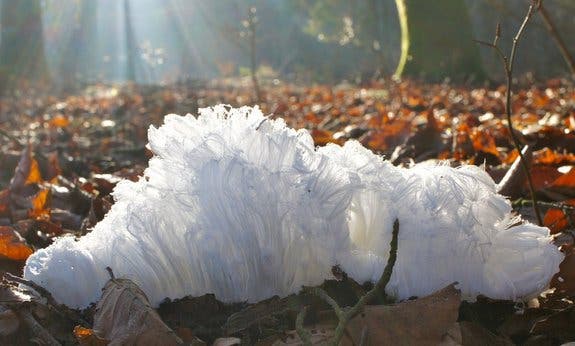 Mätzler’s contribution was understanding the physics of the ice. His work confirmed guesses made by previous researchers, showing that the mechanism that creates the ice filaments at the wood surface is ice segregation.

“The process of Ice Segregation takes place in a porous medium when supercooled water moves to the presence of ice and adds to the ice through freezing. In this case the ice grows away from the ice/water interface,” writes Dr. James R. Carter a professor at the Illinois State University who was not involved in the study.

Interestingly, the fungus formation doesn’t affect the quantity of ice in any way – only its structure.

“The same amount of ice is produced on wood with or without fungal activity, but without this activity the ice forms a crust-like structure. The action of the fungus is to enable the ice to form thin hairs – with a diameter of about 0.01 mm – and to keep this shape over many hours at temperatures close to 0°C. Our hypothesis includes that the hairs are stabilised by a recrystallisation inhibitor that is provided by the fungus.” 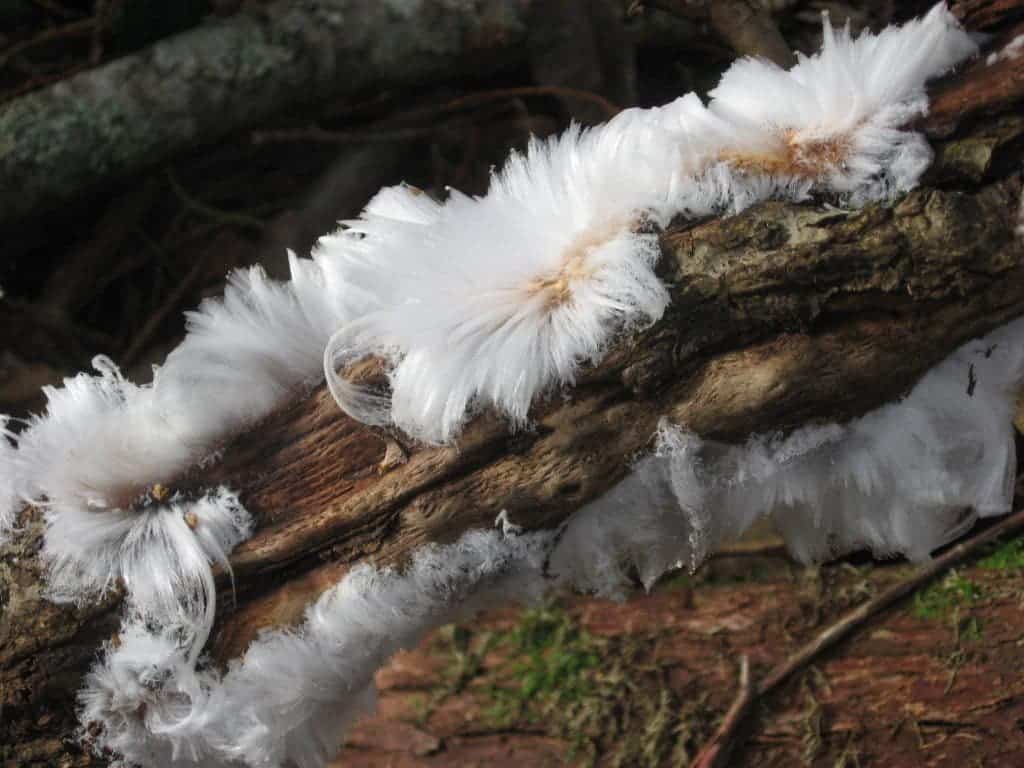 Hoffman then studied the hair ice itself, chemically. She found that the ice contained fragments of complex organic molecules – lignin and tannin – involved in fungus metabolism, further confirming the fungal effect.

It took over 100 years to confirm Wegener’s theories about hair ice, a fairly common phenomenon; this can makes me wonder, how many other common things are still waiting to be understood in our forests.