For over a century since it was described, a peculiar type of ice known as hair-ice or ice wool has been puzzling scientists. Now, the mystery seems to have been solved. The uncanny fine hairs of ice, which are only 0.02 mm thick and can grow to 20 cm in length, are actually caused by a fungus. 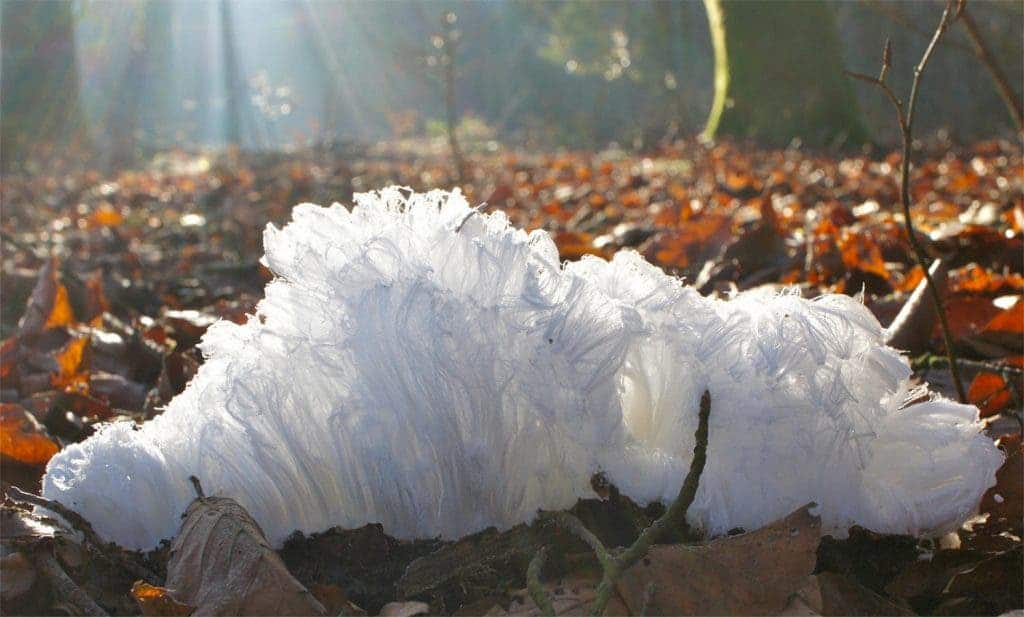 If this is the first time you’ve heard of hair-ice, you’re not alone. It’s quite a rare event. It only grows in latitudes between 45 and 55 degrees N in the forests where there are particular conditions for humidity. Typically, you’ll find these growing during the chilly mornings right before the sun rises and melts them, and only on  the surface of the unfrozen wood body of certain moist and rotten branches of broad-leaf trees.

In 1918, a German scientists called Alfred Wegener  first proposed that these amazing hair-ice crystals which follow a surprisingly orderly structure are caused by a fungus. Wegener and his assistants noticed a whitish cobwebby coating on the surface of the hair-ice bearing rotten wood. Upon closer examination, the coating was found to be a mycelium  – a mass from which fungus grows.

Many years later, retired Swiss professor Gerhart Wagner proved there’s a relation between the fungus and the beautiful cotton-ice that grows trees. Him and colleagues treated samples of hair-ice bearing wood with fungicides or dunked them in hot water and found the ice crystal formation in thin hairs was suppressed. After carefully analyzing the wood samples with microscopic techniques, Wagner and colleagues discovered eleven different species of fungus. Only one fungus was found present in all samples, a species called  Exidiopsis effusa. 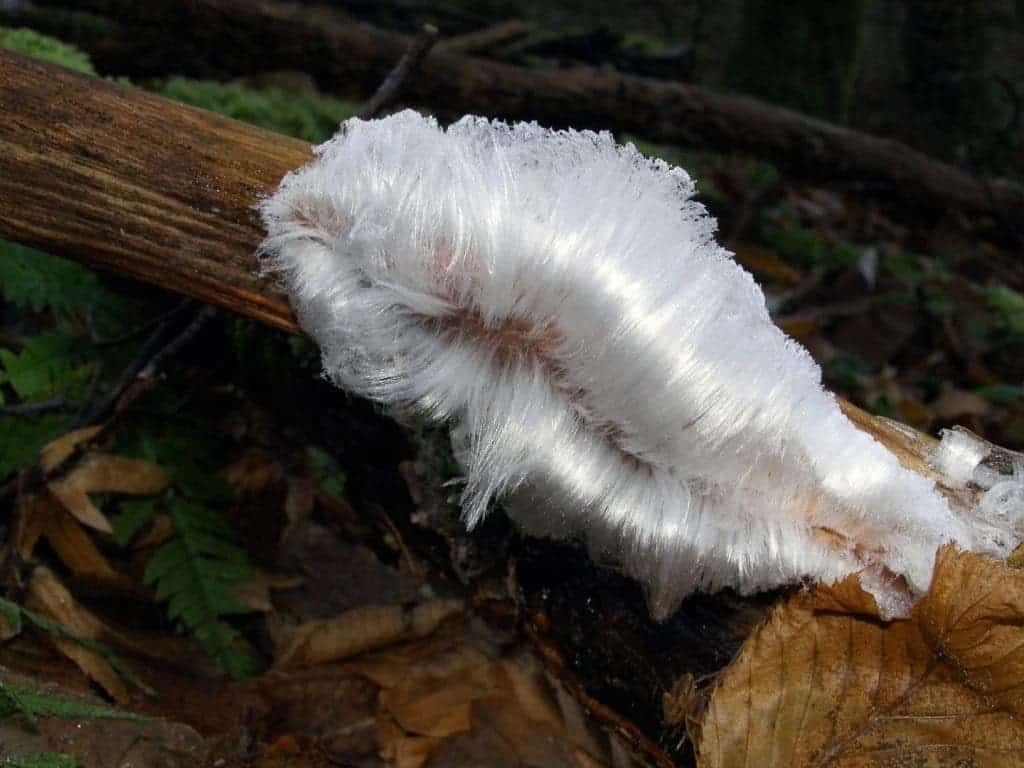 Christian Mätzler from the Institute of Applied Physics at the University of Bern in Switzerland, a close collaborator of Wagner, found the ice is formed by a process known as ice segregation.

“Liquid water near the branch surface freezes in contact with the cold air, creating an ice front and sandwiching a thin water film between this ice and the wood pores. Suction resulting from repelling intermolecular forces acting at this wood–water–ice sandwich then gets the water inside the wood pores to move towards the ice front, where it freezes and adds to the existing ice,” Mätzler explains.

So, basically the shape of the ice is determined by the tiny pores found in the rotten wood. It’s like the ice gets extruded, much like a 3D-printer jets plastic through its nozzle. But where does the fungus come in all this? Chemical analysis suggests the samples contain  lignin and tannin, which are metabolic products of fungal activity. It may be very well that these components prevent large ice crystals from forming, retaining the clear and beautiful hair-like appearance. The findings appeared in the journal Biogeosciences.