Spiders are small, but some of them are capable of traveling far more than any man could in a day. How do they do it? Just like we board a plane to fly NYC to London, spiders employ (bio)technology to travel over huge distances — using their silk webs as airborne veils. Now, a new study found that electric fields in the atmosphere play a critical role in this process called ballooning. 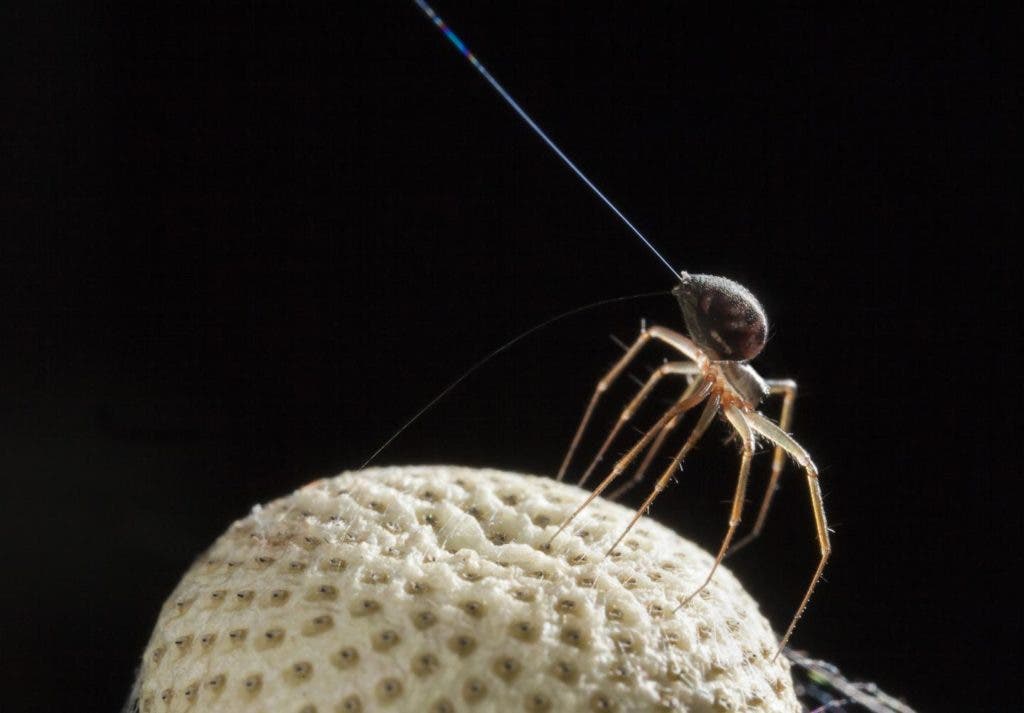 A spider using its spinnerets to balloon off into the air. Credit: Michael Hutchinson.

When spiders ride the wind, they can rise to as far as a mile or two above the earth. Some say that they are even capable of crossing the oceans.

Biologists think that spiders — or baby spiders, to be more precise — use ballooning as a form of escaping competition and cannibalism. A spider lays hundreds of eggs at once and when they hatch, it’s a dog-eat-dog frenzy. It’s every spider for himself and, in this situation, the wisest thing one can do is flee. Ballooning is an excellent way to get out of trouble while at the same time enabling the spiders to disperse to new habitats. It’s also very dangerous, but it’s still worth it.

Until not too long ago, scientists used to think that spider ballooning, also known as kiting, was solely dependent on the drag forces generated by wind or thermal gradients.

But Erica Morley, a researcher at the University of Bristol, and colleagues were intrigued by an alternate explanation — the notion that atmospheric electric fields might be involved.

This idea was first discussed in the early 1800s, but it has since fallen out of fashion despite the fact it has never been rigorously tested.

On a clear sky day, the APG may measure only 100 V/m. On a really gloomy, stormy day, the APG can jump to 10kV/m — a hundred times more than during a calm day.

To find out whether the atmosphere’s electric fields influenced in any way ballooning, Morley and her colleague Daniel Robert carried out a series of experiments in the lab with Linyphiid spiders (Erigone).

Inside the controlled lab environment, the researchers could control air movement, removing it to a halt, and kept the temperature constant, such that the electric field was the only variable.

When the electric fields were switched on, the researchers noticed a considerable uptick in ballooning behavior. Switching the field on and off caused the spiders to move upward or downward, respectively.

“We don’t yet know whether electric fields are required to allow spider ballooning,” Morley said. “We do, however, know that they are sufficient.”

The exterior of the spiders’ exoskeleton is covered in sensory hairs called trichobothria, which respond in the presence of an electric field. The researchers propose that it is through these tiny hairs that the spiders can detect electric fields.

The findings explain why on some days one can see thousands of spiders taking off in mass while on other days there are none to be seen. Such dispersal behavior seemed to be chaotic, patternless. The study, however, shows that variations in APG might explain the discrepancies — something worth studying in another study. Other ballooning animals, such as caterpillars and spider mites, might be using the same mechanism.

In the future, the University of Bristol researchers plan to investigate the properties of the silk used in ballooning. They would also like to learn just much the wind and how much the electric field are each contributing to ballooning.

The findings appeared in the journal Current Biology.